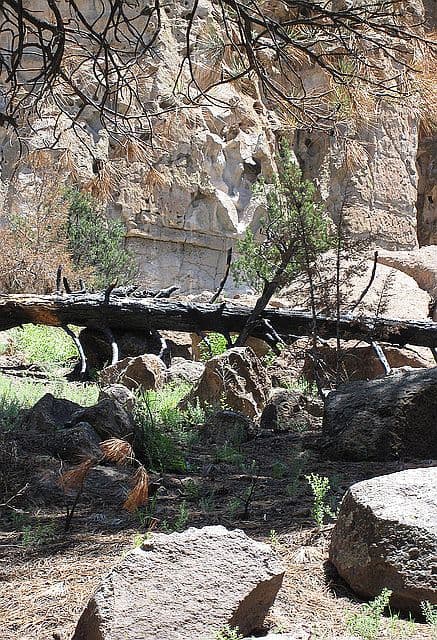 The Ecology Group at Bandelier National Monument has been monitoring tree growth on a weekly basis for more than 20 years.

Several trees located in Bandelier are ringed with dendrometer bands or dendrobands, for short.

A dendroband is a small ribbon of metal wrapped around the trunk of the tree and connected to a spring slide that moves as the tree grows and is measured by a Vernier scale. It’s basically a fancy ruler.

This scale enables us to measure a tree’s circumference down to a tenth of a millimeter.

Police report this morning that the 11-week-old infant whose father admitted injuring him on Wednesday when he wouldn’t stop crying, is in the Intensive Care Unit at UNM Children’s Hospital.

Police also said this morning that the total extent of the infant’s injuries have not yet been determined. 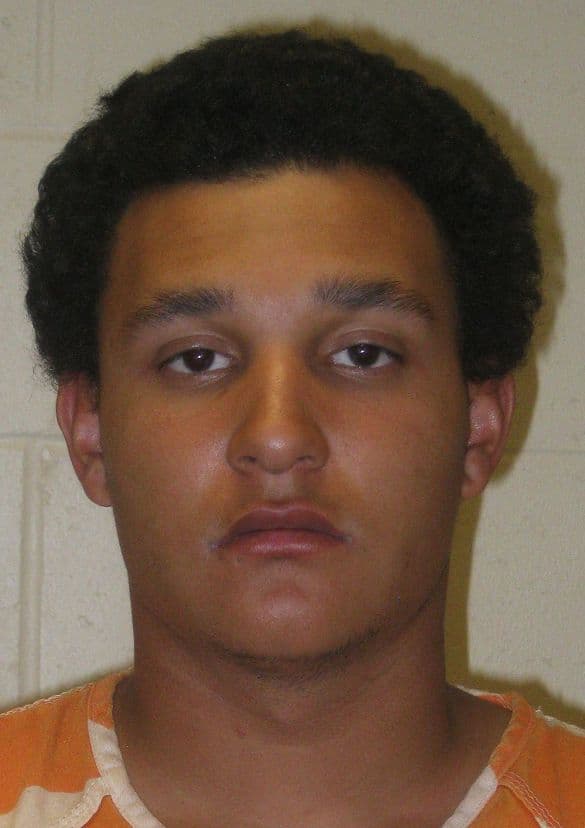 The baby’s father is locked up in the Los Alamos County Detention Center on a $100,000 bond issued by Los Alamos Magistrate Court Judge Pat Casados.

Below is the story detailing the events involved in the arrest of the infant’s father: 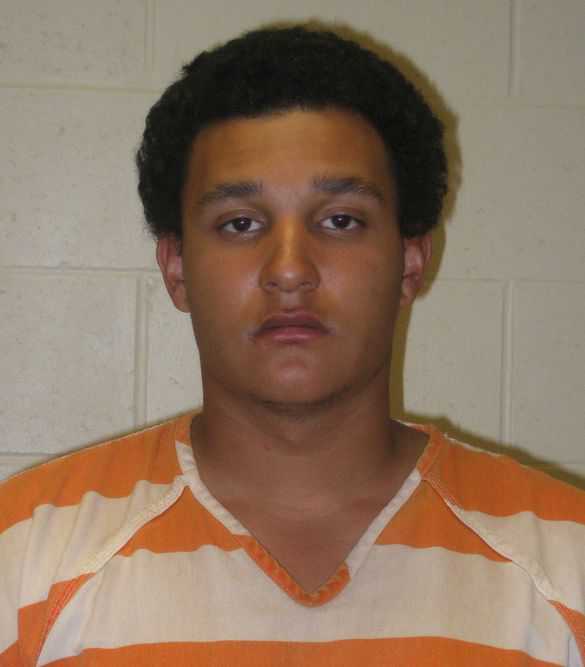 Defendant Tyrell Abney during a brief break in court proceedings at the Justice Center Wednesday afternoon. Photo by Carol A. Clark/ladailypost.com

During a preliminary hearing Wednesday in Magistrate Court, Judge Pat Casados found probable cause that Tyrell Abney of Los Alamos committed the crime of child abuse in the first degree last month against his infant son.

Abney, 18, faces a mandatory 18 years in prison if convicted. 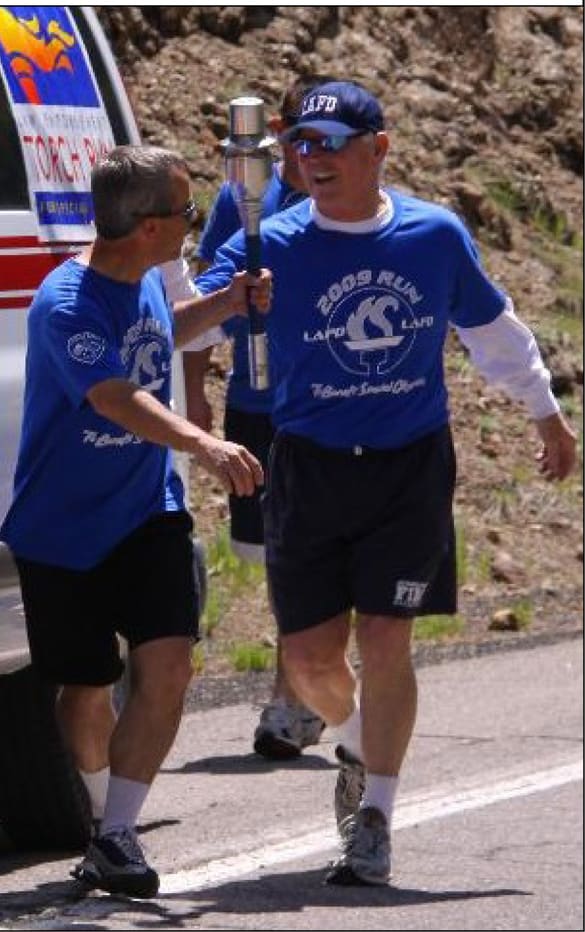 May 2 at 1:41 p.m. / Police arrested Jonathan Etuk, 31, of Mendanales at the Los Alamos Detention Center on an outstanding felony warrant from another jurisdiction.

A federal judge in Albuquerque has sentenced James Aley White, 31, of Espanola to a 120-month term of imprisonment for his bank robbery conviction.

White will be on supervised release for three years after he completes his prison sentence. He also was ordered to pay full restitution to the bank that was the victim of his crime.

According to court filings, the bank was robbed on Aug. 19, 2011 by a man who walked into the bank, handed

Safety and Security Matters radio show, hosted by Carol A. Clark and recorded at the KRSN AM 1490 studios in Los Alamos. 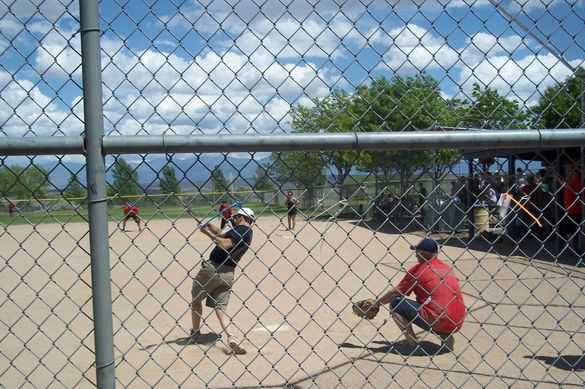 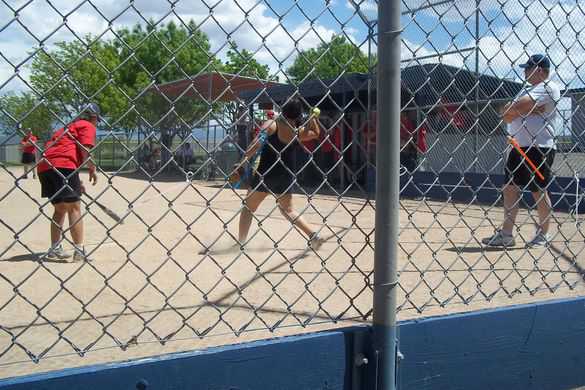 “Catcher” Connie Salazar of the Los Alamos Police Department throws a ball back to the pitcher while “Umpire” Deputy Fire Chief Justin Grider contemplates whether it was a ball or a strike. Fire Chief Troy Hughes is at first base. Photo by Shayna Whitaker 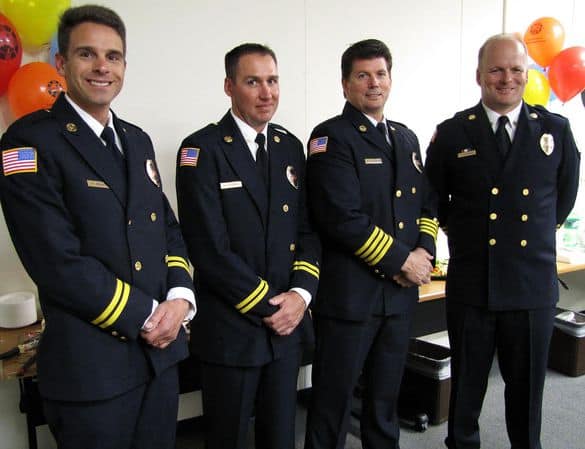 During a special ceremony Monday at Fire Administration on East Road, three firefighters were promoted. From left, Battalion Chief Paul Grano will supervise the C Shift, Battalion Chief Kelly Sterna will oversee training and exercises related to Los Alamos National Laboratory. Newly promoted Deputy Fire Chief Glenn Trehern is a second generation firefighter. He worked in LANL’s Fire Protection Division for 13 years and has been with LAFD for 22 years. He will be in charge of operations and will supervise all three fire shifts at LAFD. His father, Jim Trehern, was the last fire chief 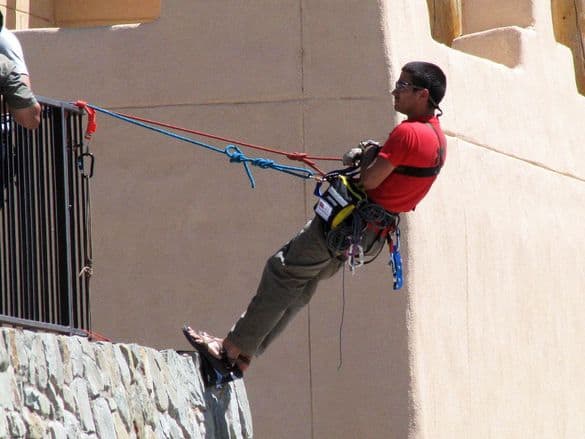 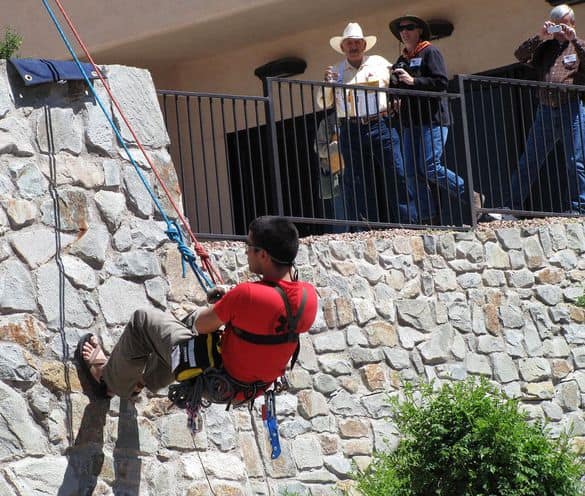 More than 200 volunteers from