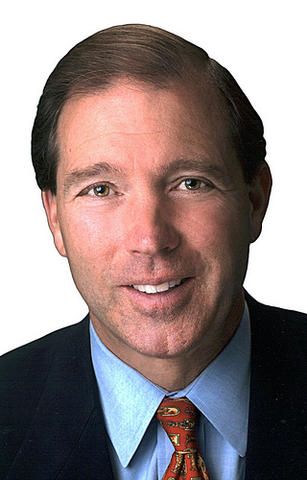 U.S. Senator Tom Udall (D-NM) today issued the following statement on the Senate’s 64-35 passage of the Farm Bill:
“Today’s Farm Bill contains significant reforms that will positively impact the lives of countless Americans. It’s also a rare example of how business should be done in the Senate — with bipartisan cooperation.
“The reauthorization is most notably marked by a complete overhaul of an antiquated commodity subsidies program that costs about $5 billion a year and benefits some land owners who don’t actually farm. It’s being
Tags:
Nation 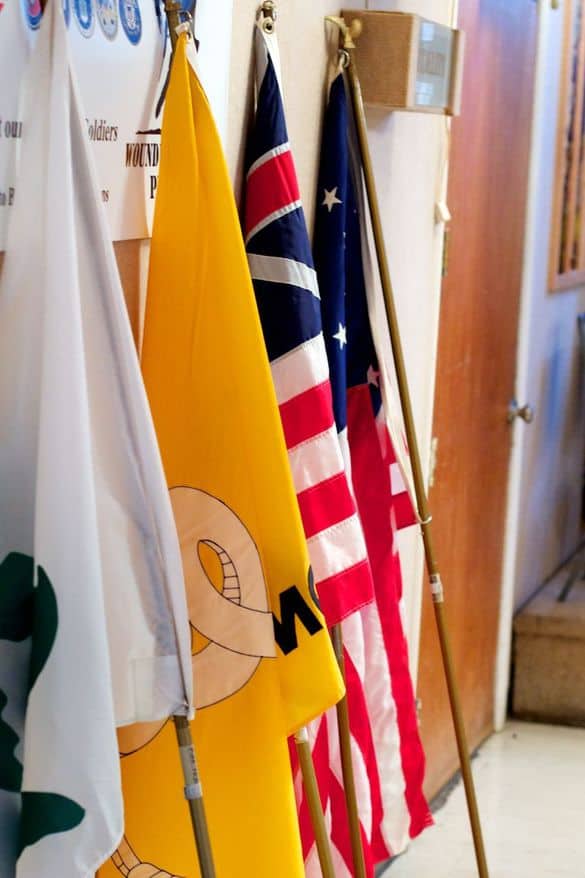 Historical flags line the wall inside Elks Lodge #2083 at 1601 Trinity Dr. in preparation for the organizations annual Flag Day Ceremony Thursday. From left, the Pine Tree Flag, the Snake Flag, the Grand Union and the Flag of 1776. Photo by Salvador Zapien/ladailypost.com 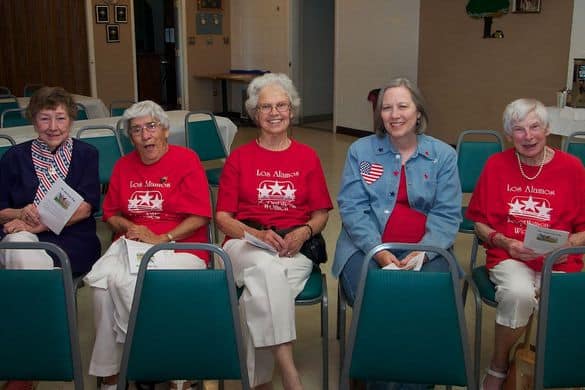 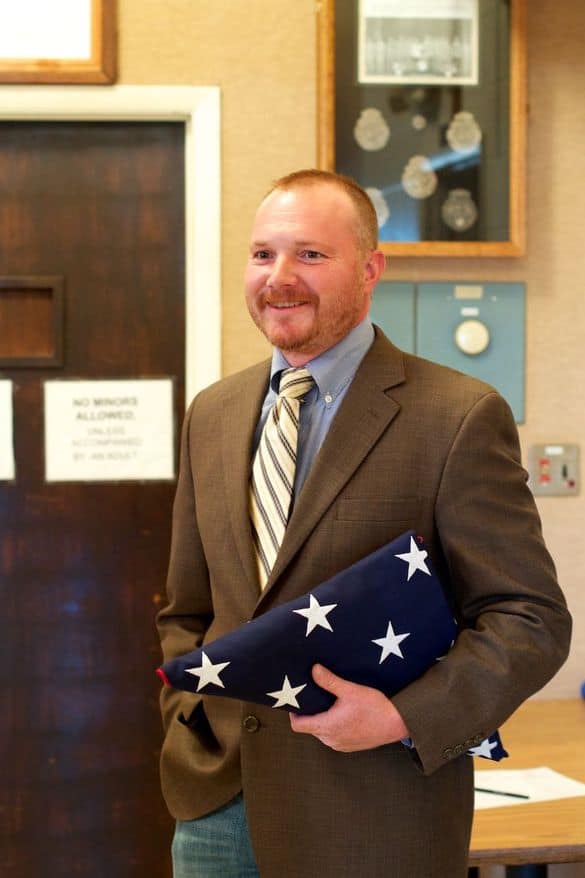 Alan Woodward holds one of the flags to be used in the Flag Day Ceremony at the Elks Lodge. Photo by Salvador Zapien/ladailypost.com 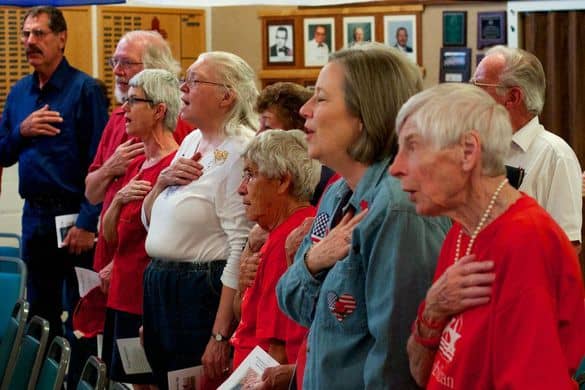 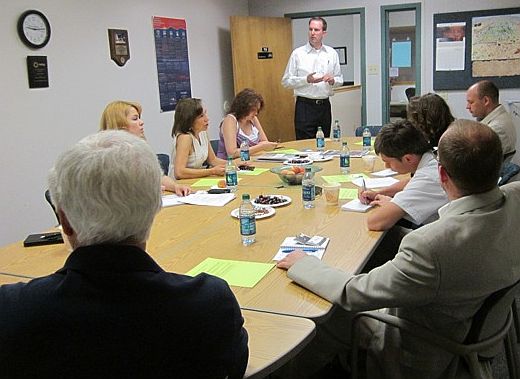 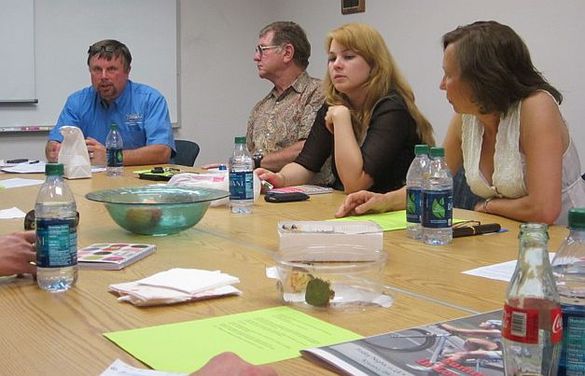 In the House of Representatives, Natural Resources Chairman Doc Hastings (R-WA) said today that he will introduce a similar bill when the House returns to session next week.

As an expert panel of historians reported in 2001, the top-secret program to create an atomic bomb during World War II centered 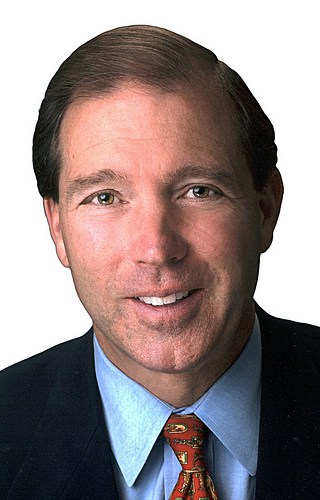 Sen. Tom Udall
WASHINGTON – On his weekly radio call today, U.S. Sen. Tom Udall discussed the Farm Bill reauthorization currently being considered in the Senate, including two amendments he plans to introduce to the bill.
Udall also talked about his upcoming Veterans’ Affairs Committee testimony this Wednesday on legislation to create a registry for veterans who may be suffering health problems due to their proximity to open-air burn pits in Iraq and Afghanistan.
Click here to listen to the full audio online.
Click here to download the audio.
Below
Tags:
State Nation 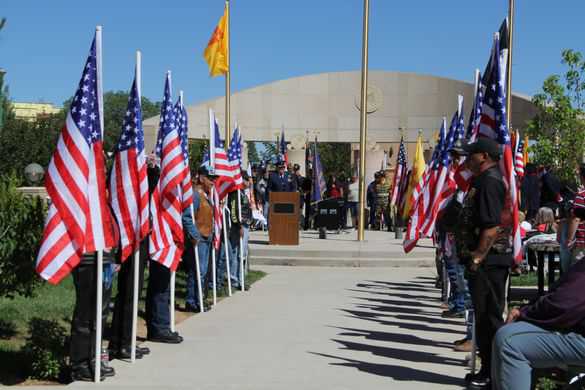 The 17th annual Flag Day celebration was held Saturday at the Bataan Memorial in Santa Fe. Photo by N.S. Mills 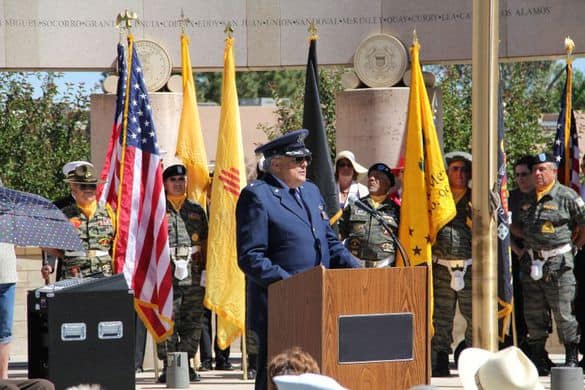 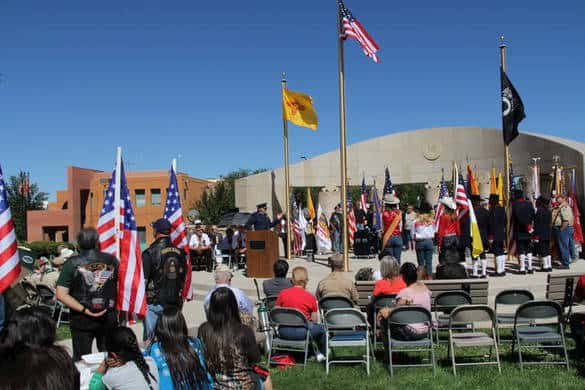 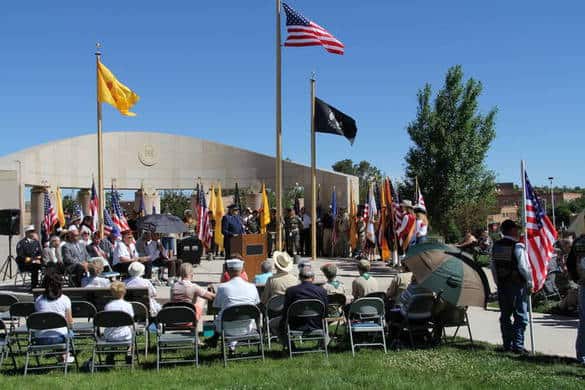 A work party coming from the visitor center and another from the highway are separated by elk herd as Saturday’s fence tear-down endeavor got underway at the Valle Caldera National Preserve. Forty people from Los Alamos, Santa Fe, Taos and Albuquerque with organizations including Pajarito Environmental Education Center (PEEC), Sierra Club, Wild Earth Guardians and the New Mexico Environment Department joined Caldera Chief Scientist Bob Parmenter to remove fences built for sheep in the 1930s. These fences have hindered elk movement. Adult elk jump these fences when coyotes approach

For example: TV Networks are predicting Walker will win his recall election in Wisconsin.

Is a Zombie Apocalypse sweeping the nation?

After a string of grizzly incidents of crazed flesh eating struck the United States, the CDC has let it be known that it “does not know of a virus or condition that would reanimate the dead (or one that would present zombie-like symptoms),”  David Daigle as spokesman for the CDC, gave this message to The Huffington Post on Friday.

The CDC, trying to capitalize on the Zombie Apocalypse frenzy brought on by TV shows such as The Walking Dead and other zombie themed movies, has released promotional materials on how