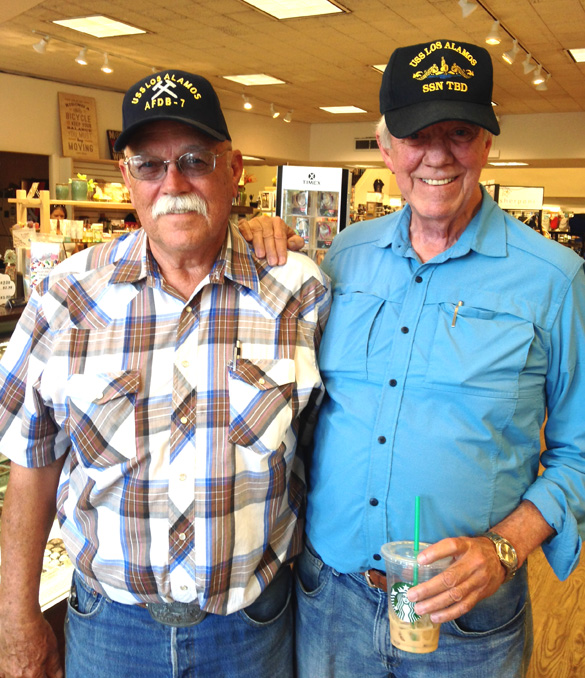 Jones, 68, served between 1969 and 1973 on board the USS Los Alamos. He met and married his wife Marion while serving in Scotland and brought her home to Kansas. The couple was on their way to California to visit family when they came up through Raton and decided to pay a quick visit to Los Alamos.

“I just wanted a picture with my coin in Los Alamos … I had no idea I would ever run into anyone associated with the USS Los Alamos,” Jones said.

The men had a lot to talk about while they walked down the street to the Los Alamos Daily Post to share their story with the community.

“Jim is the first man I have ever met who actually served on the USS Los Alamos,” Nesmith said. “I just couldn’t believe it. I saw his hat and pointed and said Nancy (Partridge) look!”

The committee’s quest for a USS Los Alamos is rapidly gathering momentum. They have written support from:

All citizens of Northern New Mexico, especially veterans whether Navy or not, are encouraged to write letters in support of this effort directly to the Secretary of the Navy, the Honorable Ray Mabus, 1000 Navy Pentagon, Room 4D652, Washington, D.C. 20350.

To donate to this effort, visit http://www.nmnavyleague.com/contribute/. Note as indicated that the donation is for the USS Los Alamos. The support is deeply appreciated to say nothing of needed. 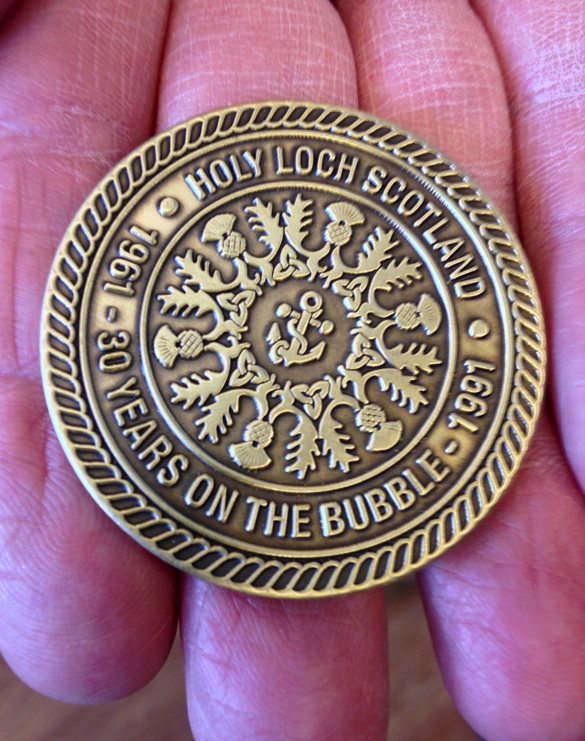 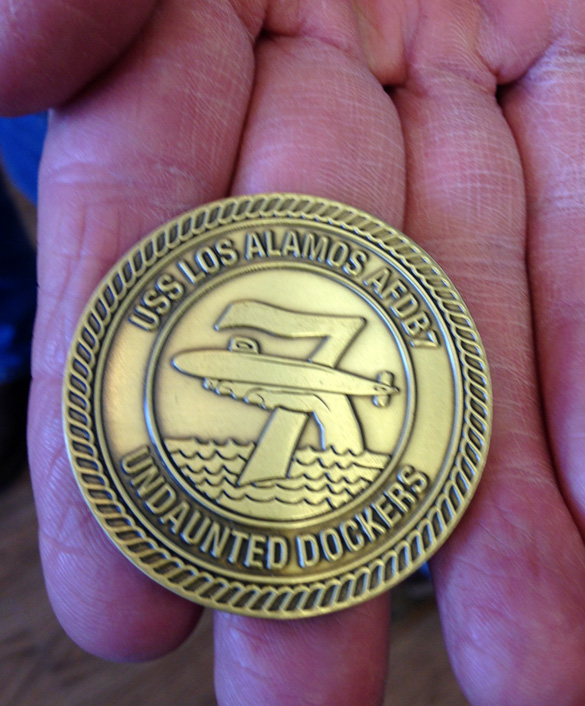