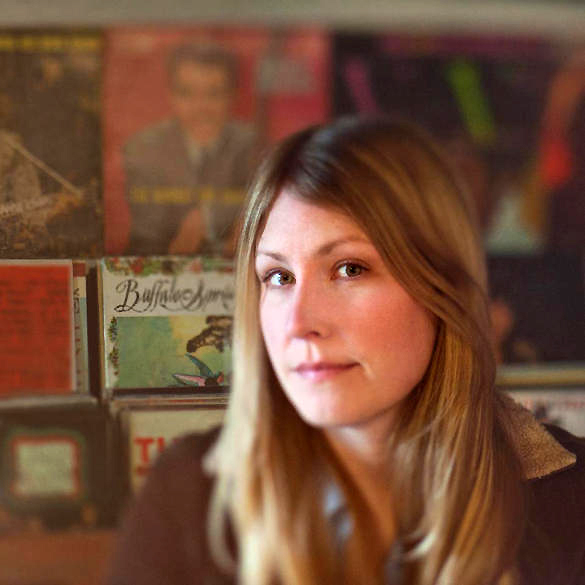 This will be the 25th Anniversary of the Series and it’ll be special. Friday’s show will be a part of the Los Alamos Arts Council’s Kite Festival (www.losalamosartcouncil.org/kite-festival).

Zoe Muth and her band, the Lost High Rollers start off our Series. All of the 2014 Friday night concerts are free of charge. You should bring your own chairs or blankets.

Zoe Muth started out in Seattle and moved to Austin, the “live music capitol of the world,” a year and a half ago. She’s now on her way to being one of the biggest stars of neo-classic country music. Her CDs and concerts are receiving incredible reviews all across the net. The critics are saying things like “…one of the best under-the-radar country artists out there” and “she oughta be a household name.”

The Long Beach Country Music Examiner worte, “For many modern country radio listeners, this music might be like drinking black coffee for the first time – strong and maybe more than a little bitter. But if you ever acquire a taste for it, chances are good you’ll never go back to pop country.”

The group’s vocal harmonies remind me of the best of country, folk and rock – acts like Emmylou Harris, the Byrds, the Flying Burrito Brothers, Iris Dement, John Prine, Kitty Wells and Loretta Lynn. All Music (http://www.allmusic.com) critics and listener ratings give her albums five out of five star ratings.

Her roots country sound is reminiscent of the Be Good Tanyas, Tift Merritt, Neko Case, Gillian Welch and Lucinda Williams. Zoe pours her out, but you can still dance. You can two-step, waltz and swing, but at times Friday night, you may want to step back to a quieter area on the park’s grass and just listen to her sweet music.

You can read about Zoe Muth and the Lost High Rollers at www.zoemuth.com. Check her out on her Facebook page and especially on www.youtube.com. You can also learn more about the 2014 Series at http://www.gordonssummerconcerts.com/ .

Our first show at the new stage will be Friday, May 23 with the fantastic Mississippi Delta blues and blues-rock band, the Homemade Jamz Blues Band. They did an incredible show at the Pajarito Ski Area last year and I wanted to bring them back for an encore. Check out this fantastic band on www.youtube.com and www.hmjamzbluesband.com. Hopefully, the schedule will be up on my website tomorrow.