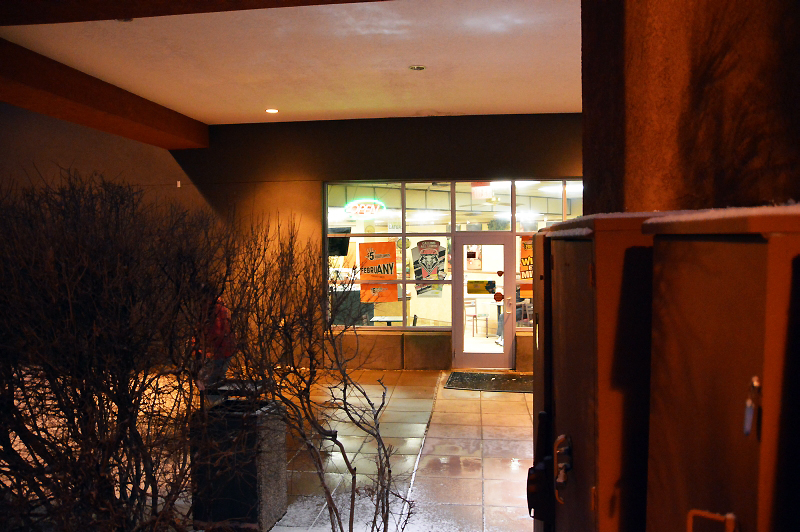 The SUBWAY® restaurant hidden from street view at 1350 Central Ave. will move across the street to the more visible 1370-A Central Ave. in April. Photo by Carol A. Clark/ladailypost.com
By CAROL A. CLARK
Los Alamos Daily Post

After nearly seven years tucked behind the Bradbury Science Museum, local SUBWAY® owner Larry Singh is moving his restaurant from 1350 Central Ave., across the street to 1370-A Central Ave., in the former Don Taylor Photography location.

Singh told the Los Alamos Daily Post Friday that he is excited about the move because it will provide his restaurant with increased space and visibility.

“It’s much larger, has access from two sides and has much more parking,” Singh said. “Our current location behind the Bradbury Science Museum is very small and parking is always a problem.”

“We are delighted to have them join us right across from the County’s new offices with at least 200 people and Los Alamos National Bank with probably another 300 people – it’s right in the heart of the business district and I think it’ll be terrific for them,” Cede Baca said, adding that he is in the process of signing a lease with Singh who will move to the new location within 60 days.

Singh explained that his family owns a number of SUBWAY® restaurants in Albuquerque, Santa Fe, Hobbs and Espanola.

The company headquarters is Milford, Conn., with additional regional and country offices employing about 1,000 people worldwide.

Ranking at the top of the sandwich favorites list:

The SUBWAY® brand serves nearly 2,800 sandwiches and salads every minute and if all of the sandwiches made worldwide in a year were placed end to end, they would wrap around the Earth more than six times.