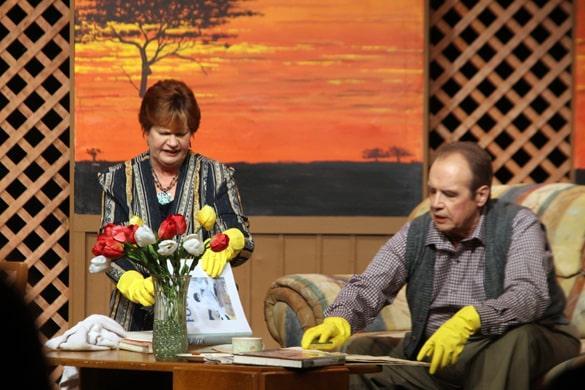 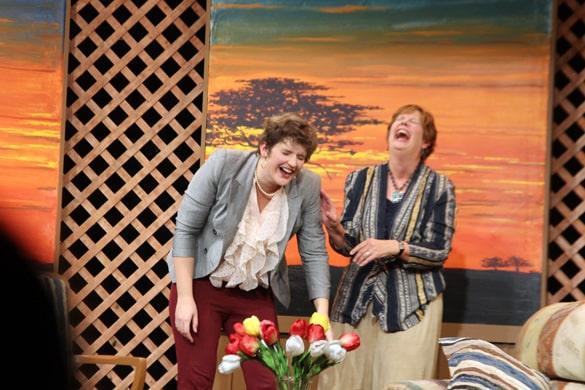 The play involves two couples, who had not previously met, getting together to discuss a playground fight between their 11-year-old sons in which one boy hit the other with a stick, knocking out two of his teeth.  Obviously, this encounter is rife with pitfalls, and things slide from bad to worse.

The enjoyment to be had comes from the kind of rough and tumble slapstick in a Tom and Jerry cartoon, combined with some very witty dialogue. It’s always fun to see self-involved, self-satisfied characters get blasted with spot on, if nasty insults.

The play gets off to a slow start. Once the rum comes out and the gloves come off, things really get moving. It soon becomes apparent that the spouses dislike each other as much as they do the other couple, and alliances shift constantly.

The women are at their most likable when they team up to best their obnoxious spouses. The male team-up works less well, since it’s based almost entirely on misogyny, not the most endearing of qualities.

The four actors work well together, and the ensemble work is praiseworthy. I especially enjoyed Larry Gibbons as the thoroughly obnoxious Michael. His comic timing is great. Corey New, as the equally odious Alan, is also very good. Tami Martinson deftly switches from uptight to belligerent as the sanctimonious Veronica. Katrina Koehler likewise handles the uptight Annette, who after a few drinks, goes completely wild and crazy, with aplomb. It is the actors’ commitment to their characters that saves the show from being just a slugfest dressed up with some psychological insights.

This said, it’s difficult to find common ground with any of these characters. They seem to have few if any redeeming qualities and their uniform smugness makes them insufferable. It’s fun to watch them get slammed, but it’s hard to take away any meaning to apply to one’s own experience, because its nigh-on impossible to empathize with any of them. If the play lacks depth, this high-quality production makes it enjoyable.