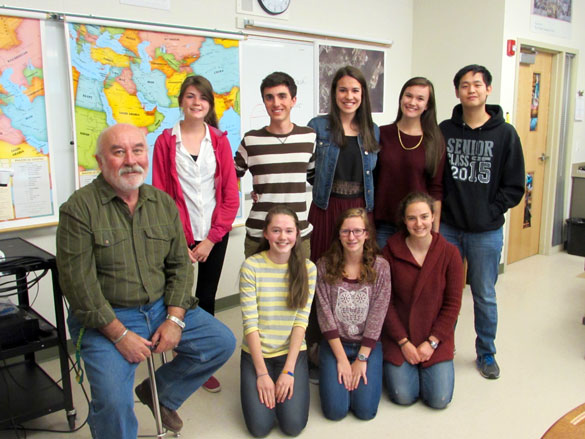 It is often stated that arriving at a destination is not as important as the journey taken to get there.

Just look at the National History Day competition. Sure, it is great to travel to the University of Maryland College Park and win scholarships and recognition for the best entry in either the paper, documentary, website, performance or exhibit category, but the most valuable experiences are the ones that occur leading up to the competition.

Students gain a lot as they spend time in classrooms and libraries selecting a topic and conducting research; they benefit from building, modifying and changing their entries, presenting their work to judges and listening to feedback.

Best of all, students slowly and surely become experts on their selected subject.

A group of Los Alamos students have undertaken this journey to the National History Day competition and what they have gained from this experience is already remarkable.

Henderson, Cullinan, Dowdy, Chadwick will advance to the state competition April 24 at the National Hispanic Cultural Center along with Selvage, McClenahan, Wallstrom, the Delgado siblings, Pocaterra, Pestovich and Wang.

If the competitors earn first or second place in the state level, they will advance to the national competition June 14-18.

Every year, the competition presents a new theme that will be the basis for the students’ projects. This year’s theme is leadership and legacy.

Los Alamos students selected a wide range of topics to explore this theme. They range from Catherine the Great and Francis Perkins to Los Alamos’ Steve Stoddard and Chaim Weizmann.

While students faced a great deal of work in delving into these topics, they happily accepted the challenge.

Henderson, who selected Francis Perkins for her project, explained she chose the Secretary of Labor under President Franklin D. Roosevelt because she was “looking for a woman who was a leader for women in her time.”

In researching Perkin’s life, Henderson said, “It was a lot of work; I had no idea.” However, “I really enjoy learning about my person.”

Beus describes herself as a history buff and she has some personal reasons for selecting Catherine the Great, the empress of Russia. “I have a lot of family who are Ukrainian and Russian,” she said.

The experience allowed her to talk to her relatives about their history; plus, since her father was also a competitor in National History Day, the experience bonded them together. 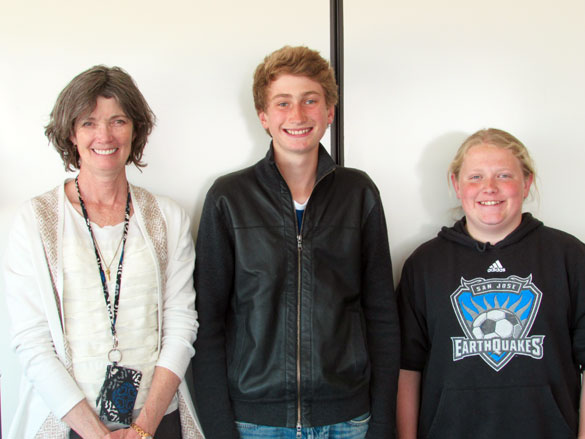 Chadwick selected Mikhail Gorbachev, the president of the former Soviet Union, for his project. As a past competitor at the national competition, Chadwick said, “Going to nationals was a great experience … you can really think outside the box.”

Dowdy, who chose Malcolm X for his topic, also is a veteran of the competition. He said, “It’s fun. I like writing and it’s a chance to write.” 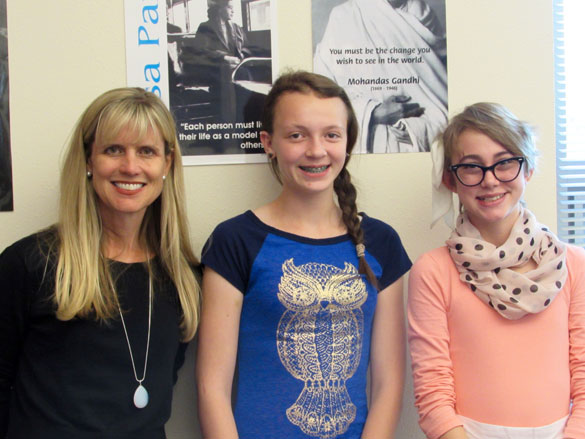 Wallstrom, who selected Women’s Rights Activist Alice Paul, explained the competition nurtures a lot of skills. “National History Day really cultures a lot skills you’ll need later in life. That is really a big benefit. Also, I just benefit because I know more about history, which is one of my passions.”

Through the competition, Wallstrom added, you feel like an expert on a topic.

Selvage, who researched former State Sen. Steve Stoddard, agreed. “I love how you learn about topics.” Participants not only learn about their own chosen topic but they also learn from their competitors’ entries.

Katie Delgado also enjoyed becoming an expert on her chosen topic, Vietnamese nail salon employees. She said she wanted to research something outside the box. “This is cool; you don’t hear about this stuff that often.”

Nate Delgado, who selected steel tycoon and philanthropist Andrew Carnegie for his project, said through his research he was able to “fully understand that Andrew Carnegie had such a profound effect on the country and the world. I got a better grasp on his influence on industrialization, the U.S. economy and the global economy.”

McClenahan said she gained some practical skills from participating in the competition. She chose Chaim Weizmann, the first president of Israel, for her project. She explained she learned how to write annotated bibliographies. Plus, McClenahan describes herself as a “current event junkie” and competing in National History Day feeds this interest.

Pocaterra, Pestovich and Wang worked as a team to present a project on Richard Pratt and his Carlisle Indian Industrial School, which was a boarding school founded to immerse Native Americans in Euro-American culture.

Pestovich said to gather information on this topic the team visited museums and interviewed Native Americans.

The students’ teachers were impressed with what these competitors accomplished.

“I really like to see students get jazzed up about something,” LAHS Teacher and the students’ sponsor Allen Andraski said. “They’re in it because they want to be.”

Teachers Julia Agnew and Caroline Haagenstad sponsor the middle school students. Haagenstad said it is not just the students who are learning. “I love how much I learned. Each project has added to my understanding of history,” she said.

She explained the competition is similar to science fairs. Unlike science fairs though, students are expected to incorporate changes and revisions in their projects based on judges’ feedback. History Professor David Van Tassel at Case Western Reserve University founded the competition in the 1970s “to get students more deeply involved in history,” Carter said.

There are a few incentives to win the competition, however Carter said the New Mexico Humanities Council, which sponsors the state competition, awards $100, $75 and $50 to first, second  and third place winners. Plus, the council provides scholarships for those who qualify for the national competition but cannot afford the trip.