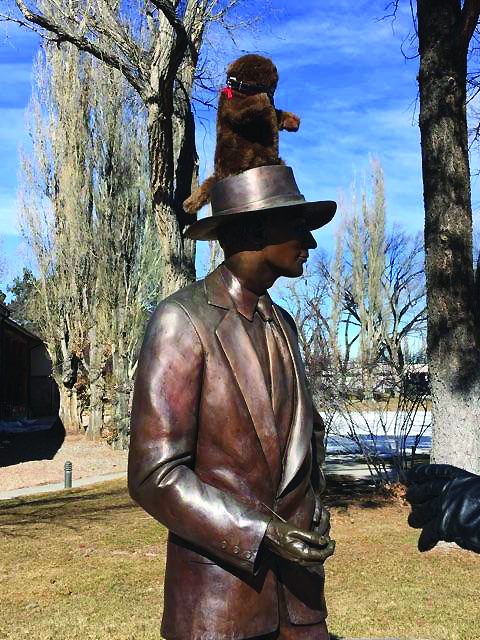 Since his arrival in Los Alamos in October, Punxatawney Phil has been spotted all over town. Here he checks out the view on Central Avenue with J. Robert Oppenheimer. Courtesy photo 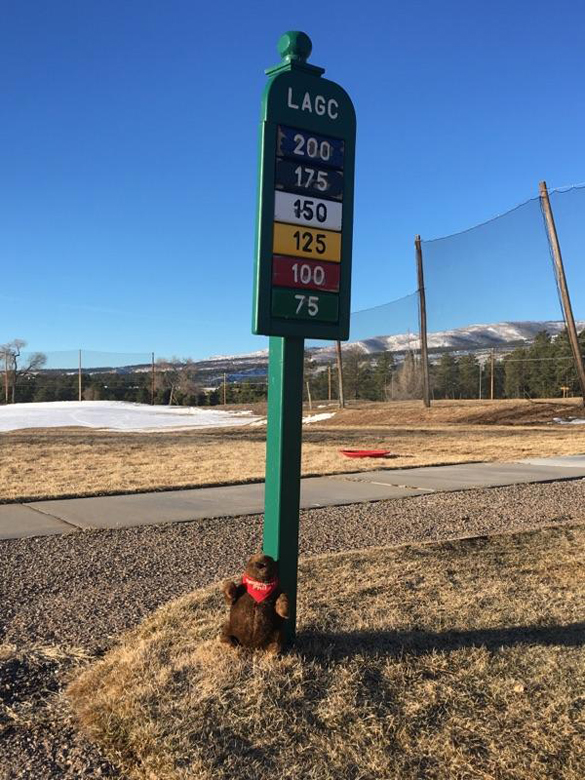 Punxatawney Phil sees his shadow this morning so he’s predicting another six weeks of winter. Courtesy photo
By JULIE HABIGER
Los Alamos
My father Lawrence Strouts spends his winters in a retirement community in south Texas, and the idea of celebrating Groundhog Day with residents there came about many, many years ago. Groundhog Day isn’t exactly one of those holidays like Valentines’ Day or the 4th of July that gets national attention. Punxatawney Phil gets his “day in the sun” (or not) for about 5 minutes, and after the debate about his shadow wraps up, the TV cameras fade away.

So, my Dad thought it might be fun to make a bigger deal out of the day. It was also a nice time to gather friends together in their village of retirees, many who retired there from far away places like Minnesota and Oregon and so forth (my dad is a wheat farmer in Kansas.). February 2 had the advantage that it was far past the hullaballoo of the holidays and yet still some time left before some of the snowbirds would begin packing up to head home later in March.

It started out as a neighbors’ event with a loosely formed program early in the morning that my dad put together with the telling of the story of Punxatawney Phil, and everyone bringing in a breakfast dish to share. From there, it grew to be more popular, and my father became the unofficial Groundhog Day event coordinator. Dad would share stories of the event with family members after it was all over, and eventually I researched and found out that you could order an “official” Punxatawney Phil groundhog stuffed animal. I had the order shipped to him just ahead of the big day, along with an official Groundhog Day t-shirt to match.

From that point forward, Dad subsequently started organizing “Phil” into the annual program to make a surprise appearance halfway through the event, to accompany the storytelling about Groundhog Day. The legend among the community members then became that Phil was elusive and never really ready to participate voluntarily in Groundhog Day.

By now, Phil’s Party had expanded to more than just a few neighbors and became a block party, and Phil’s appearances became more mysterious and more elaborately staged, with my father planning several weeks in advance exactly “how” and “when” Phil would make his grand entry onto the scene, and with the neighbors speculating in advance of the big day where Phil might next appear. Sometimes Phil leaped out of a suitcase. Other times, he might be hiding in the yard under a box. Or swap places with another stuffed animal (I loaned my Dad my Sock Monkey that year for the illusion). Another time, Phil appeared with a special escort arriving in the back of a golf cart with great fanfare. It was a fun way to bring a community together, and Phil seemed to enjoy the extra attention he received that day in Texas.

But alas, all good things must come to an end. My father decided in 2016 to officially step down as Phil’s handler, and he “gifted” Phil back to me on my birthday last October. Phil took up residency in New Mexico, where the winters are much colder than he really likes, but we boast a lot more sunshine than his original home. I don’t know if I can carry on the tradition as well as my father did (or for as long as he did), but I’ll give it my best shot with the help of friends…and hopefully with a little bit more cooperation from Phil. 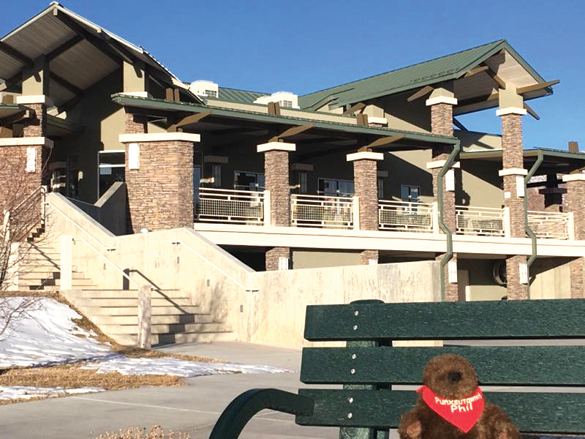 Punxatawney Phil rests his tired paws on a bench at the Los Alamos County Golf Course while pondering another six weeks of winter before he can get out and play some golf. Courtesy photo 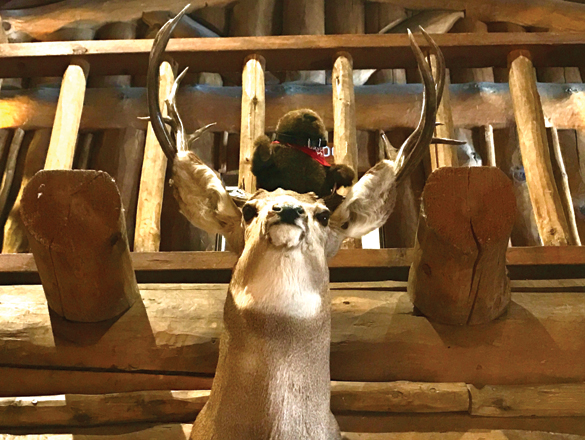 Punxatawney Phil chats with a buck hanging on the wall at Fuller Lodge. Courtesy photo 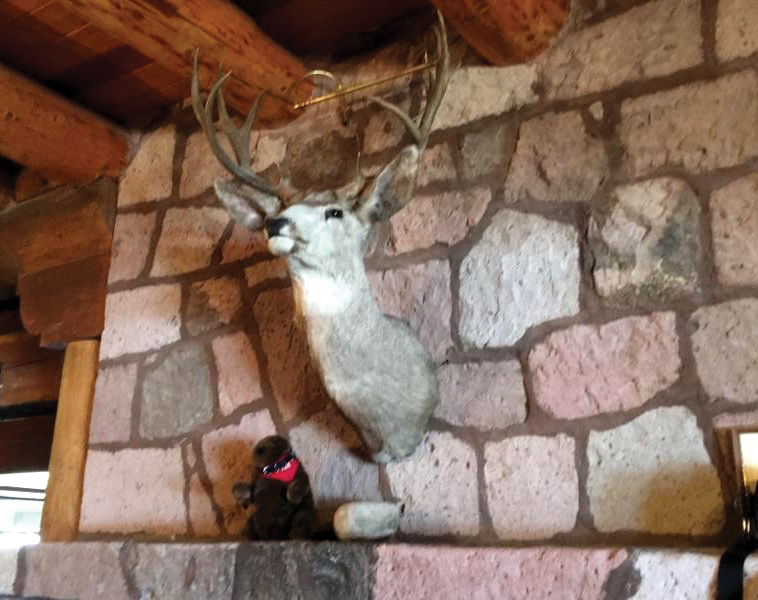 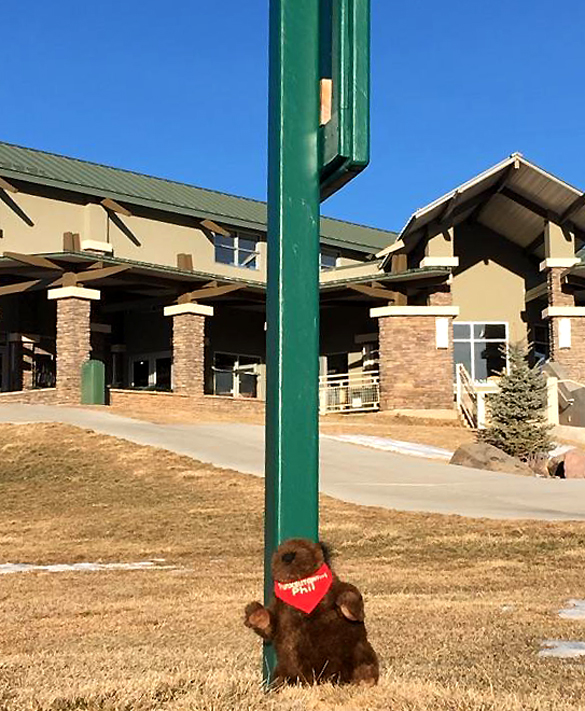 Punxatawney Phil relaxes against a pole at the golf course. Courtesy photo 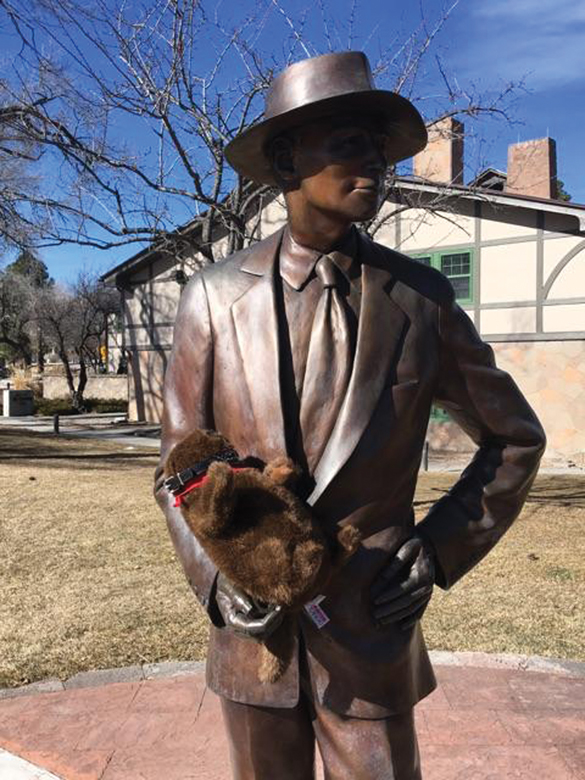 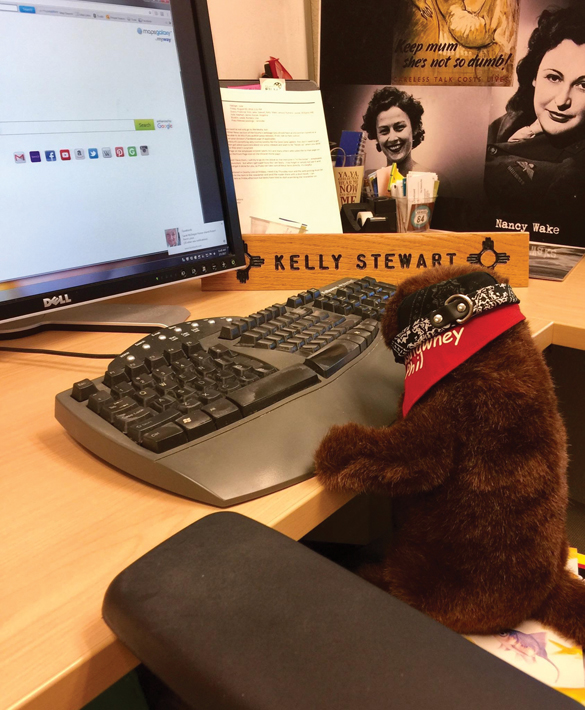 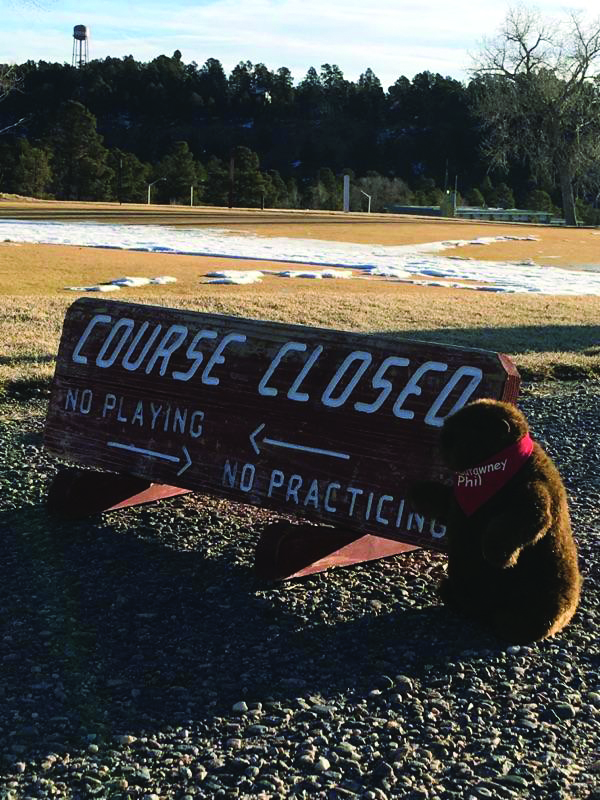 Punxatawney Phil is anxious for spring so he can get out on the links. Courtesy photo 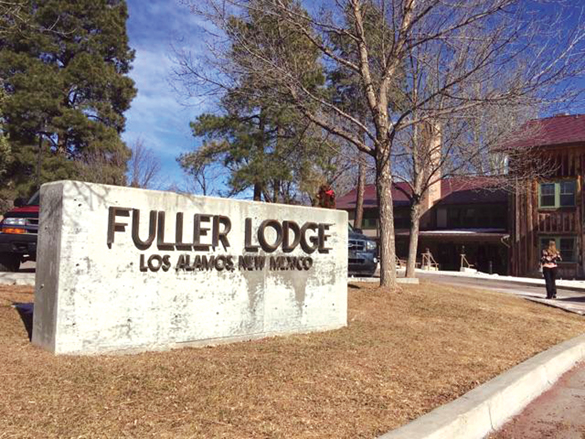