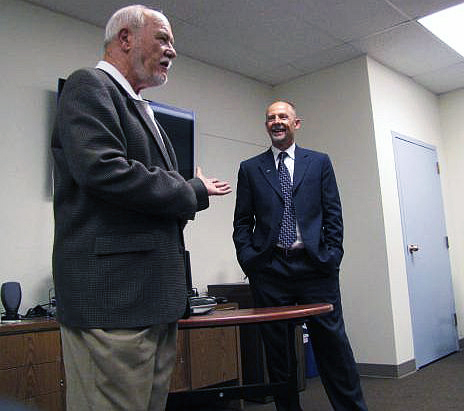 Los Alamos National Bank President Steve Wells isn’t an entrepreneur but he knows quite a few. In fact, thousands of people with business ideas have sat across the desk from Wells over the last 35 years. 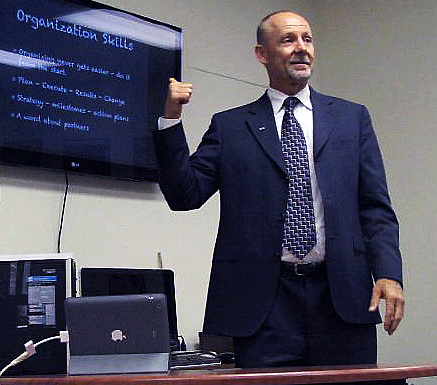 During his presentation, Wells dispelled several myths about the banking industry starting with “banker’s hours.”

“If you go into banking because you think you’re going to work short hours then you are mistaken,” he said.

Wells explained that the bank makes money by making loans.

“At its core it is a simple business model. We want you to grow and succeed,” he said.

Wells also explained why sometimes having a lot of collateral may not get a person a loan.

“It’s a mistake to think you can do it alone. You have to hire a lawyer, an accountant, employees … you have to sell yourself, your idea … maybe even your product,” he said.

Wells also talked about how crucial it is for business owners to fully understand the financial numbers because they are the scorecard that reflects how one’s company is doing.

He spoke of many other important aspects of operating a successful business including staying abreast of the latest technology and not growing too fast.

In closing, Wells said that there are significant risks and responsibilities in being an entrepreneur. It is demanding and certainly not easier than working for an employer, he said.

“Running a business is hard work – making money at it is twice as hard,” he said, adding, “but there are tremendous rewards.”