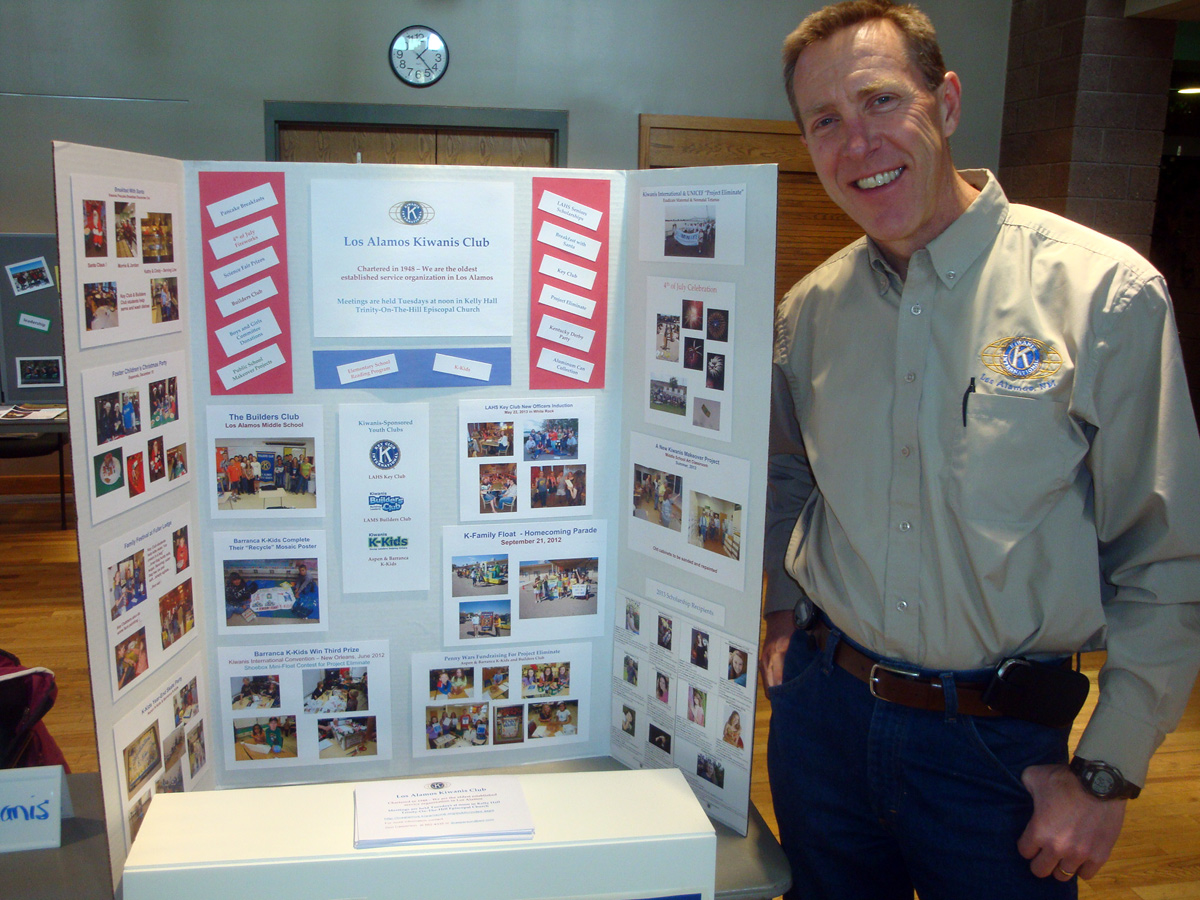 Kiwanis First Vice President Steve Boerigter shared his European vacation with club members recently, projecting a series of photos and describing his experiences with his wife and parents during a trip through France, Belgium and England.

His photos included many of the famous sites in Paris—notably the Arc de Triomphe, the Champs Elysees, the Eiffel Tower, Notre-Dame Cathedral, the Sacre-Coeur, the Old Opera House, and the Louvre (the “world’s largest museum,” where he was fascinated to see the basalt stele displaying the “Law Code of Hammurabi.”)

He also showed photos of cathedrals, shopping areas, and lovely pastoral scenery the family members encountered as they drove and walked through historical areas in France and Belgium. One notable photo showed the home of William the Conqueror, famous for the invasion of England in 1066, which established him as the first Norman King of England.

Boerigter also showed Mont Saint-Michel, a beautiful World Heritage Site that includes a monastery, an abbey, and castle halls on an island in Normandy. It was his photos and descriptions of World War I and World War II sites, however, that had the closest ties to his American audience. He visited Omaha Beach, Utah Beach, the German gun emplacements that cost thousands of lives—and the American Cemetery near Omaha Beach where 54,000 Americans lie buried today.

He spoke of the surprising size of Omaha Beach, which is seven miles long. It was “fascinating to get a sense of the scale” of that site, he said, noting the “limited number of places to get up off the beach.” He recalled the motion picture “The Longest Day,” and actor Robert Mitchum pushing his men to fight their way up and off the beach.

He told how the battery close to Gold Beach was taken in one day—but only with 12- and 8-inch bombs (and a strike that took out one gun) plus “boots on the ground” and grenades (which took out three more.) “The Germans were good engineers,” he said.

In Belgium, he visited Ypres (site of the First Battle of Flanders), a beautiful town with a historic cathedral—and a surprisingly small population of about 20,000. The town is only five miles from France, he said, but, “They speak a different language, and they (even) bake bread a different shape.” In World War I, he said, the combatants tried to avoid destroying this historic but strategically important town. About 100,000 soldiers died in the area, but, basically, the war “went nowhere.”

He spoke of Tyne Cot World War I cemetery in Belgium, an area where there are really “50 or 60” cemeteries from World War I, all within 10 miles. The British came in and tried to find and identify all the bodies after the fighting, he said, but despite “massive effort,” they simply couldn’t connect names with many of the dead. He said that in one cemetery, there are about 12,000 headstones, and about 8,000 of them are for unknown soldiers.

These are people, he said, who “suffered in cold trenches and died”—and never got home, even for burial.

In November, Boerigter and his family visited a World War I trench site in Belgium. It was “cold, drizzly, with almost no sun” and “half flooded,” he said—just like it was when the soldiers were there.

Brussels is a “great city,” he said, but after days of gray skies, he and his family took the train to London, where they visited St. Paul’s Cathedral (of “Feed the Birds” fame). They saw the sites, including the changing of the guard at Buckingham Palace. And, he said, to his surprise, they had a wonderful time at “Harrods of London.” “You have to go to Harrods,” he said. And he showed a “fish room” featuring an enormously long glass case displaying fish in the most luxurious of surroundings.

It was a good trip, Boerigter said. He noted that the nine-passenger diesel Citroen that he rented was just the ticket for his family, since his father is 6-foot-8. And, if you want to visit Europe and avoid many of the usual long lines at tourist sites, he said, fall and winter are good times to do it. The Christmas Market sales were just beginning in the streets of Paris and London (and hadn’t started just yet in Brussels) when he came home.

However, the gray skies got him down, and he was glad to get back home to sunny New Mexico.