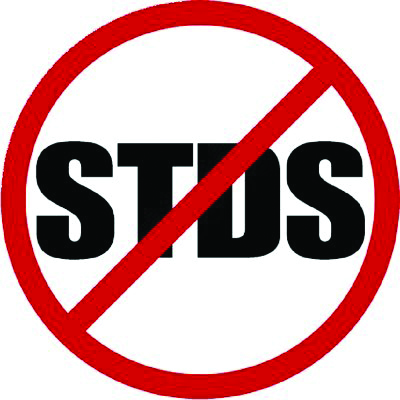 More than two million cases of chlamydia, gonorrhea and syphilis were reported in the United States in 2016, the highest number ever, according to the annual Sexually Transmitted Disease Surveillance Report released today by the Centers for Disease Control and Prevention (CDC).

The majority of these new diagnoses (1.6 million) were cases of chlamydia. There were also 470,000 gonorrhea cases and almost 28,000 cases of primary and secondary syphilis – the most infectious stages of the disease. While all three of these STDs can be cured with antibiotics, if left undiagnosed and untreated, they can have serious health consequences, including infertility, life-threatening ectopic pregnancy, stillbirth in infants, and increased risk for HIV transmission.

“Increases in STDs are a clear warning of a growing threat,” said Jonathan Mermin, M.D., M.P.H., director of CDC’s National Center for HIV/AIDS, Viral Hepatitis, STD, and TB Prevention. “STDs are a persistent enemy, growing in number, and outpacing our ability to respond.”

Epidemic accelerating in multiple populations—impact growing in women, infants, and gay and bisexual men
While young women continue to bear the greatest burden of chlamydia (nearly half of all diagnosed infections), surges in syphilis and gonorrhea are increasingly affecting new populations.

More than 600 cases of congenital syphilis were reported in 2016, which has resulted in more than 40 deaths and severe health complications among newborns. The disease is preventable through routine screening and timely treatment for syphilis among pregnant women.

“Every baby born with syphilis represents a tragic systems failure,” said Gail Bolan, director of CDC’s Division of STD Prevention. “All it takes is a simple STD test and antibiotic treatment to prevent this enormous heartache and help assure a healthy start for the next generation of Americans.”

While gonorrhea increased among men and women in 2016, the steepest increases were seen among men (22 percent). Research suggests that a large share of new gonorrhea cases are occurring among MSM. These trends are particularly alarming in light of the growing threat of drug resistance to the last remaining recommended gonorrhea treatment.

MSM also bear a great syphilis burden. MSM make up a majority of syphilis cases, and half of MSM diagnosed with syphilis were also living with HIV – pointing to the need to integrate STD and HIV prevention and care services.

Essential to confront most urgent threats, upgrade prevention infrastructure
CDC uses STD surveillance data and other tools to detect and respond to these evolving threats and new challenges, directing resources where they can have the greatest impact. Targeted efforts include:

Maintaining and strengthening core prevention infrastructure is also essential to mounting an effective national response to the STD epidemic. CDC provides support to state and local health departments for disease surveillance, disease investigation, and health promotion. CDC also issues and maintains testing and treatment guidelines for providers so individuals get the most effective care.

Turning back the rise in STDs will require renewed commitment from all players:

State and local health departments should refocus efforts on STD investigation and clinical service infrastructure for rapid detection and treatment for people living in areas hardest hit by the STD epidemic.
Providers should make STD screening and timely treatment a standard part of medical care, especially for pregnant women and MSM. They should also try to seamlessly integrate STD screening and treatment into prenatal care and HIV prevention and care services.
Everyone should talk openly about STDs, get tested regularly, and reduce risk by using condoms or practicing mutual monogamy if sexually active.

“CDC uses its national-level intelligence to detect and respond to STD outbreaks while supporting the nation’s on-the-ground workers who are spending each day protecting communities from STDs,” Dr. Mermin stressed.