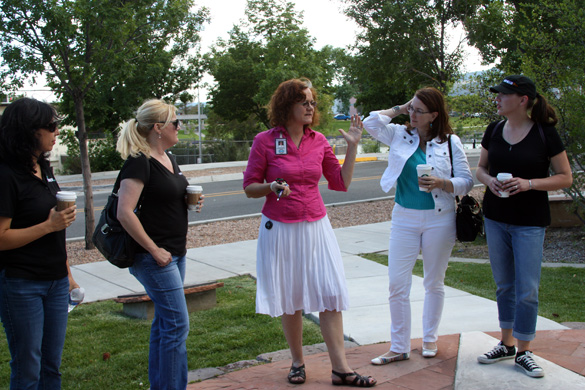 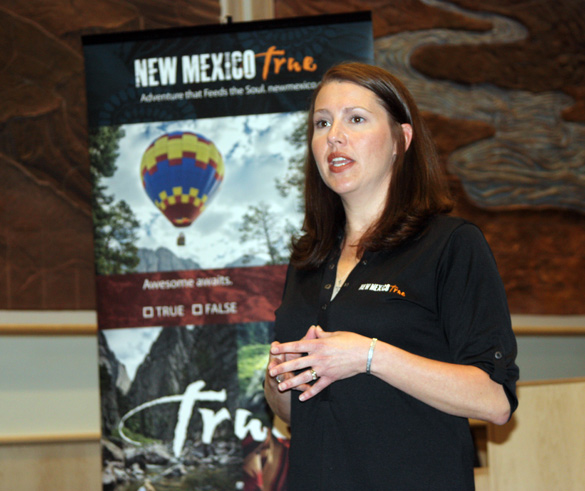 Tourism Secretary Rebecca Latham and the Tourism Department gave a presentation Friday morning to County officials and the community on New Mexico True, a statewide effort to promote tourism in New Mexico.

The presentation followed a tour of Los Alamos for the visiting state tourism officials by Los Alamos County Marketing Specialist Kelly Stewart. The tour took the visitors to sites such as Bandelier National Monument, Fuller Lodge the Los Alamos Historical Museum and Bathtub Brewing and ended with dinner at Blue Window. The purpose was to showcase what Los Alamos has to offer tourists so the tourism department could learn how to integrate efforts to promote Los Alamos with the statewide efforts.

“There is so much we can do in Los Alamos,” Latham said. “You’ve got a great product to sell.” This summer, statistical information on the impact of tourism in Los Alamos will be available, she said. 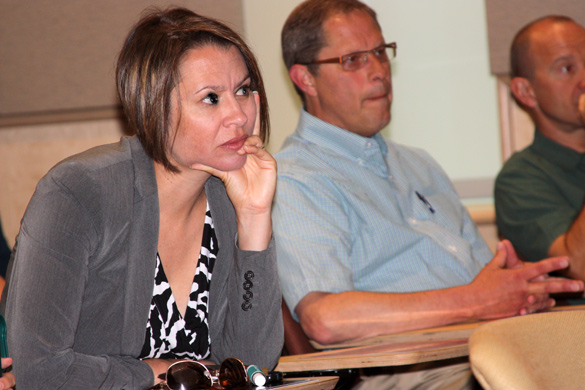 The problem in the past has been that New Mexico is perceived incorrectly outside the state as a barren desert where there is nothing to do. The marketing campaign focused on selected urban markets in Denver, New York City, Dallas, Chicago, Houston and San Diego. Focus groups identified what did and did not appeal to citizens of the various citizens and marketing was targeted accordingly.

“We stress sight doing rather than sightseeing,” Latham said.

The Department of Tourism increased advertising by 274 percent and spent around $9.35 million promoting the state in and outside New Mexico. As a result, tourism growth in New Mexico has outpaced the national average and brought about an increase in industry jobs, Latham said.

Media buys include huge banners in airports, television and radio ads, print media and promotion via the Internet including social media and travel sites such as Trip Advisor and Matador. A series of videos presents New Mexicans telling the story of why they think New Mexico is a great place to visit or to live.

Inside New Mexico the campaign builds pride in being a New Mexican and encourages people to see their own state first.

New Mexico True builds partnerships, not only with local government and organizations such as chambers of commerce, but with businesses that cater to tourists as well. CB Fox owner Dave Fox asked if he could run the engaging videos produced by New Mexico True in the store. “That’s a great idea, let’s work on it!” Jordon Guenther N.M. True brand advertising and marketing director said.

When targeting a message for Los Alamos urged the audience to “figure out who you want to talk to and what you want to say,” Latham said. “You share assets with other communities. The one thing you own is your history.” With the coming of the Manhattan Project National Park, partially located in Los Alamos, there will be even more opportunities to promote the town’s unique history, Latham said.

Latham said the tour had shown them both strengths and weaknesses for tourism in Los Alamos. Lack of lodging is one problem she pointed to. In addition to its unique history, Los Alamos’ proximity to Bandelier and outdoor attractions are advantages, she said.

Latham urged collaboration with her department, but also between local government, organizations and businesses.

“The best way to make sure tourists have a good time is working together,” she said. 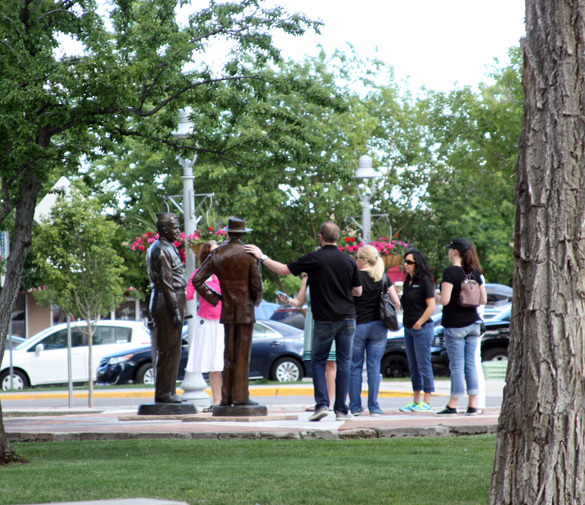