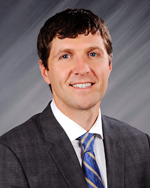 “Liability was a major issue,” said New Mexico Environment Department (NMED) Secretary Ryan Flynn during a telephone interview Tuesday, discussing the state’s $73 million settlement on April 30 of claims for violations and liabilities related to a major contamination accident at the Waste Isolation Pilot Plant near Carlsbad in southern New Mexico. “We felt strongly that the weight of the evidence on our side was so overwhelming, we were able to get past that issue early on,” he said.

The WIPP facility has been closed since Feb. 14, 2014, after at least one container of transuranic waste from Los Alamos National Laboratory spewed plutonium and americium into a room at the underground repository. Particles from the release found their way through the WIPP ventilation system into the environment above and caused internal contamination to 21 workers, according to DOE’s accident investigation report, issued in shortly after the event in April 2014. The report contained a standard DOE disclaimer: “This Phase 1 report neither determines nor implies liability.”

Of the $73 million settlement that has now been signed, a total of $17,746,250 was identified in civil penalties for 13 violations at WIPP and a total of $36,604,649 for 24 violations at LANL. NMED compliance orders in December 2014 made this assessment after a nine month investigation confirmed “major procedural problems that contributed to these events and also found a less than adequate response.”

Some settlement money, which Flynn said, “addressed glaring needs,” will be used to make up for a WIPP transportation grant that expired in 2013 and was designated for maintaining WIPP routes. According to the initial agreements, DOE will pay $34 million to the state of New Mexico for necessary repairs on WIPP-designated routes in southern New Mexico. Another $12 million will cover costs for improving transuranic waste roads around Los Alamos.

Other Los Alamos projects include:

Another $2.75 million is designated to fund a triennial compliance and operational review by an independent third party that Flynn said is intended to target “the issue of complacency that has contributed to events.”

In addition to the roughly $54 million settled in December, Flynn said, “We were considering additional liabilities,” which were covered in the most recent settlement, approximately $19 million that releases DOE from any and all claims.

The Department’s rationale on this point was spelled out in a cover letter to Los Alamos National Laboratory: “Compliance actions should never be used to punish New Mexico for DOE’s own mistakes,” Flynn wrote. “New Mexico will not tolerate any attempts by DOE to divert resources from the environmental or operational budget at the federal facilities to our state to pay for the penalties assessed in the attached order.”

Flynn said his overriding goal was compliance. “I want every entity that we regulate to be in compliance with our rules,” he said, “not simply pay a check and pay a bunch of fines – that’s not what we want.”

Advice on project lists and priorities reflect input from stakeholders such as the Regional Coalition of Los Alamos Communities, the Northern New Mexico Citizens’ Advisory Board and the Carlsbad Mayor’s Nuclear Task Force.