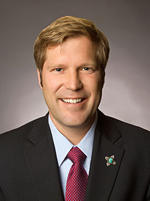 State Auditor Tim Keller
OSA News:
SANTA FE ― Tuesday, State Auditor Tim Keller released a special audit of the Office of the Superintendent of Insurance’s (OSI) collection of premium taxes owed by insurance companies.
The Office of the State Auditor (OSA) initiated the special audit earlier this year to resolve longstanding questions about the amounts owed to the state from insurance companies. The audit examined 30 insurers during the period from 2003 to 2016, including health insurers, life insurers and property and casualty insurers. Of those companies, 17 were found to have underpayments totaling almost $65 million, the largest of which owes nearly $30 million.
“This audit brings much needed clarity to decades of longstanding disagreements about amounts collected and owed when it comes to premium taxes. Now it’s time for OSI to do its job and collect these monies owed to our state, and for the companies to promptly pay up, and both to prevent this from happening in the future. Despite some roadblocks and disagreements along the way, I’m pleased that all parties – the Legislative Finance Committee, the Department of Finance and Administration, the Superintendent of Insurance and the insurance providers – came together to participate fully in this audit and for what is in the best interest of New Mexico.”
The OSA’s Audit recommends the following actions:
“With this audit, we’ve pinpointed the precise amount that the state can seek from insurance companies,” State Auditor Tim Keller said. “Make no mistake, $65 million is a lot of money for New Mexico, this amount could have filled most of the gap during the last budget crisis, prevented the need for a special session, service cuts or tax increases. That’s why it matters for New Mexicans that agencies fulfill their duty to collect taxes in an accurate and timely way and do not leave money on the table.”
For this audit, the OSA worked with the Legislative Finance Committee, the Department of Finance and Administration and OSI to determine the audit’s scope of work and timeline for completion. An earlier sample-based review found serious weaknesses in OSI’s collection processes but was not able to pinpoint the exact amount owed by each company because auditors only had access to OSI’s faulty records. The special audit being released today was conducted by an independent outside firm, Examination Resources, which reviewed both OSI and insurance company records, under the oversight of OSA.
“Given longstanding problems with premium tax collection at OSI, it is in the best interests of the agency and the state for the Legislature to move these critical duties under an agency that is more capable of adequately handling the collection of complex taxes,” Keller said.
OSI’s 2016 annual audit resulted in an unfavorable “disclaimer of opinion,” meaning that auditors were unable to obtain adequate information to support the agency’s financial statements. That audit report identified 31 findings relating to all aspects of OSI’s financial operations. The OSI’s 2017 annual audit is still in progress.
The special audit of premium taxes is available here:  https://www.saonm.org/media/audits/440_OSI_Special_Audit_September_2017_PREMIUM_TAX_FILINGS.pdf
Menu
LOS ALAMOS