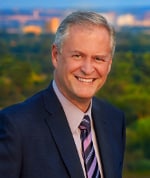 State Auditor Wayne Johnson
STATE News:
SANTA FE ― State Auditor Wayne Johnson has released the Fiscal Year 2014 Audit Report for the Martin Luther King Jr. Commission.
Johnson asked Attorney General Hector Balderas to allow auditors access to documents in his office’s possession so overdue audits for fiscal years 2015, 2016, and 2017 can be completed, without compromising the AG’s on-going criminal prosecution of former commission officials and contractors.
The FY2014 Audit notes that “the Commission did not possess adequate supporting documentation in order for the auditors to render an opinion on their financial statements.”
The Commission has been under investigation by the Attorney General’s Office and “therefore does not possess adequate financial records to substantiate the balances presented on the financial statements.”
The unavailability of the financial records resulted in a disclaimer of opinion on the FY2014 audit, and is preventing the completion of the FY15, FY16 and FY17 audits.
“We can’t allow public entities to forego audits because they’ve lost financial documents, or even because former staff members are under investigation,” says Johnson, who has worked this year to complete long overdue or overlooked audits. “The audit process is a basic tenet of government that helps shed light on how taxpayer dollars are spent. Audits become even more important when wrong-doing is discovered.”
The Commission requested a waiver for their FY 2015 and FY 2016 audits, meaning they wanted to skip them. Johnson denied their request, saying it’s important to complete all of the past due audits for the Commission to give commissioners, managers, and the public a clear view of their financial picture.
“An audit without documentation isn’t exactly helpful either,” Johnson said. “I look forward to working with the Commission and the Attorney General to bring this process to a close. We also stand ready to help the Attorney General’s office in anyway with the on-going criminal case if needed.”
The State Auditor’s office handed over all Commission-related documents to the Attorney General’s office last December to aid in the AG’s investigation and prosecution.
The FY2014 Audit Report can be read here: https://www.saonm.org/audit_reports/detail/11748
LOS ALAMOS