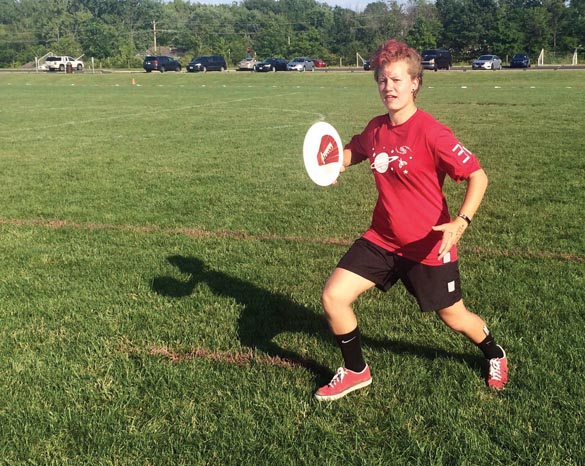 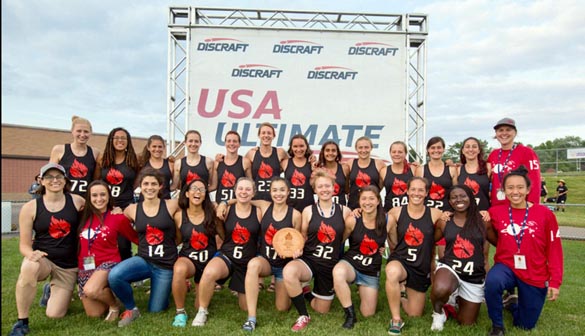 Ultimate Frisbee isn’t something that comes to mind when you hear the name Stanford. It wasn’t even a known possibility for the six-year letterman for the Los Alamos High School (LAHS) Cross Country team and 2016 LAHS Alum Rachel Wallstrom when she first stepped foot on the Palo Alto Campus.

“I first came across their table at the activities fair during Admit weekend. The group seemed so fun and so excited to share their knowledge and skills. There are two teams at Stanford: the A team (Superfly!) and an open B team (The Experiment) and they practice together at the beginning of fall quarter,” Wallstrom said.

“I started going to these practices. Because of their good publicity, I knew that Superfly had won the national championships last year, and soon I understood why – I was completely blown away by the skill, athleticism, and thoughtfulness with which the girls played. I was inspired by this but also quite intimidated,” Wallstrom said.

“Mid-October, the captains of Superfly approached me and said they wanted me to try out. I had already missed most of the tryout sessions because I was sick on and off, and I was going backpacking during the final tryout that Saturday. They set up an extra tryout for me. I felt incredibly honored, but also a little overwhelmed by the possibility of playing a serious sport in college,” she added.

Stanford’s ultimate Frisbee team is handled like any NCAA team, but plays under the USA Ultimate governing body. Players have five years of eligibility to participate. This would come in handy, as Wallstrom suffered a season ending knee injury before the season officially started.

“It has been a roller coaster of emotions. I feel like as soon as I made the commitment to really invest myself in this new sport, my ability to do so got taken away. [Head Coach] Jamie Nuwer tried everything to get me on the recovery train ASAP. We did injections, I wore an off-loader brace, I rested, I did weeks of physical therapy. After each medical trial, I thought there was a potential I would be able to step back on the field. The official team roster was due in mid-March. I was forced to decide whether I wanted to use up one of my five years of eligibility. Knowing that I probably didn’t have a good chance of recovering in time, I asked to not be rostered,” Wallstrom said.

Wallstrom took on a manager role with the team and Superfly went on to have an incredible season as the defending National Champion, earning a top seed at this year’s National Championship in Mason, Ohio. After winning the top seed in the pool play, Sanford would face Dartmouth in the quarterfinals. Many experts figured Stanford and Dartmouth would face each other in the Championship finals.

Dartmouth would go on to upset the defending champions and eventually win the 2017 Women’s D-1 Ultimate title. ”After the loss, we all processed a range of emotions in different ways, but came together in a hotel room and had some deep talks. Everyone is obviously upset, but there is general consensus about how lucky we are to be on such an inspiring team,” Wallstrom said.

When asked about her plans, Wallstrom said, “After my meniscus surgery on June 20, I’m going to start a recovery routine and hopefully start getting my fitness back. I might not be playing in the fall, but by winter I hope to be on the field. I plan on especially focusing in on specific injury prevention strength training as to minimize the chances of getting hurt again. And then, crush Dartmouth into the ground, respectfully.”