Spotting Spies In The Sky… 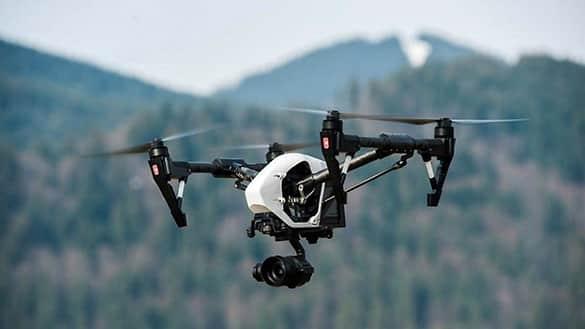 The use of drones for surveillance is no longer in the realm of science fiction. A new study by researchers at Ben-Gurion University of the Negev (BGU) and the Weizmann Institute of Science reveals the first technique to detect a drone camera illicitly capturing video.

The study addresses increasing concerns about the proliferation of drone use for personal and business applications and how it is impinging on privacy and safety.

BGU says that BGU researchers used a DJI Mavic quadcopter, a small yet powerful drone, to spy on a house. They demonstrated that the device was able to detect the changing of window panes from opaque to transparent and back again. Then they used a parabolic antenna and a laptop to intercept the drone’s radio signals sent back to the operator and search the pattern in the encrypted data stream to detect whether the UAV was used for aerial surveillance of the house.

In a second outdoor test, researchers demonstrate how an LED strip attached to a person wearing a white shirt can be used to detect targeted drone activity. When researchers flickered the LED lights on the cyber shirt, it caused the First-Person View (FPV) channel to send an “SOS” signal by modulating changes in data sent by the flickering lights.

“The beauty of this research is that someone using only a laptop and an object that flickers can detect if someone is using a drone to spy on them,” says Ben Nassi, a Ph.D. student in BGU’s Department of Software and Information Systems Engineering  and a researcher at the Cyber@BGU.

Nassi is a student of Prof. Yuval Elovici, director of the Deutsche Telekom Innovation Labs@BGU, the telecommunications company’s only research and development lab outside of Germany; director of BGU’s Cyber Security Research Center; and a member of the BGU Department of Software and Information Systems Engineering.

Nassi emphasized that this research shatters the commonly held belief that using encryption to secure the FPV channel prevents someone from knowing he is being tracked. “The secret behind our method is to force controlled physical changes to the captured target that influence the bitrate (data) transmitted on the FPV channel.”

This method can be used on any laptop that runs Linux OS and does not require any sophisticated hacking or cryptographic skills.

“Our findings may help thwart privacy invasion attacks that are becoming more common with increasing drone use,” says Nassi. “This could have significant impact for the military and for consumers because a victim can now legally prove that a neighbor was invading his privacy.”

In response to the question of what the impact of the research is, the BGU team said that this is a game changer in the battle on privacy: It empowers the victim.

“While many methods have been suggested in recent years to detect the presence of a nearby drone, this research is the first to introduce methods that distinguish between the legitimate and illegitimate (for purposes of privacy invasion) use of a nearby drone. These days, consumer drones are used to conduct privacy invasion attacks throughout the world; however, no tool currently exists for showing that a specific drone is being used to stream a target,” says Nassi.

The research team also included Raz Ben-Netanel, a student in BGU’s Department of Communication Systems Engineering, and Prof. Adi Shamir from the Weizmann Institute of Science, who conceived the technique.