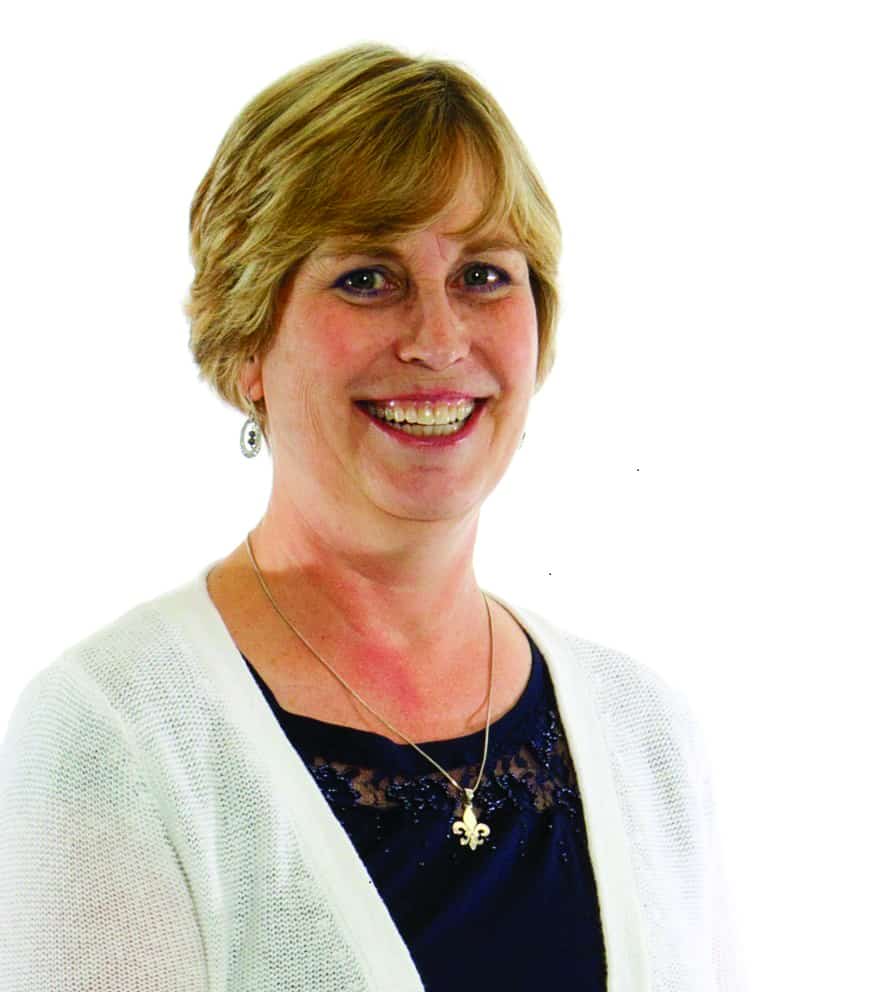 Coffelt was born at LAMC and began working there while attending Los Alamos High School. She graduated in 1979 and returned to work at LAMC after college, where she has remained for 37.5 years.

Coffelt follows a long line of family members who spent careers at LAMC. Her grandmother Betty Cranford worked in the kitchen as a cook and her mother Mary Ann Chiles was a nurse in the OB Department. Coffelt’s cousin Mitchell Wood was a server in the kitchen, her sister Vicki Chiles was a nursing assistant and her sister Bonnie Chiles worked in the Medical Records Department.

“So, it’s in my blood to work here at LAMC,” Coffelt said during an interview Tuesday afternoon in her office. “I love the possibilities in working with the staff to help them have the same burning passion I do to make our hospital outstanding.”

Coffelt worked her way up through the ranks and now oversees nearly 40 people including RNs, the Clinical Department, Rehab Services, Pharmacy, Infection Prevention and Employee Health and a Clinical Informaticist. She has oversite of the clinical section of the hospital, making sure the directors have what they need and a resource for new hires. Coffelt mentioned that LAMC has positions to fill in nursing as well as other areas.

Her typical day consists of meetings with physicians, various department directors and occasionally with the Hospital Advisory Board. She also interacts with staff on what they need as well as folks at the corporate headquarters in Tennessee.

What gives her the most joy on her job?

“It’s being able to care for my community … I worked in the ER for 35 years and I really like being able to know I am taking care of my neighbors,” Coffelt said. “Right now, I’m helping administer flu shots to our employees … I like to keep my hands involved.”

LAMC CEO John Whiteside commended Coffelt saying, “Lori embodies Los Alamos Medical Center … she started at the hospital as a teenager, has worked her way through nursing, department director, and now is the Chief Nursing Officer. Her passion for serving her community and providing care is what makes this place and town so amazing.”

In her spare time Coffelt loves to golf and make jewelry, she said. She and Kerry Coffelt have been married for 33 years and have two cats, Madonna, 10, and Ariel, 17.