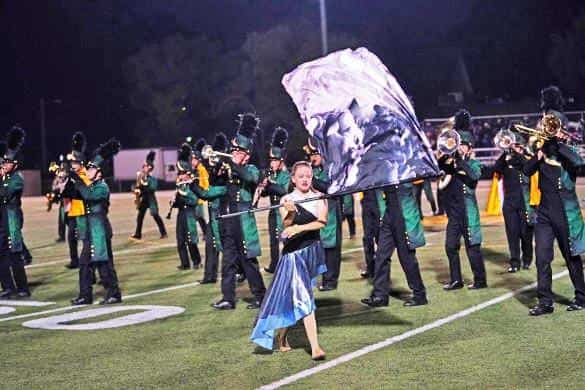 The Los Alamos Hilltoppers Marching Band performing to the delight of fans in attendance of the football game played Friday night at Sullivan Field. The 100+ member band is under the direction of Zane Meek. Photo by John McHale/ladailypost.com 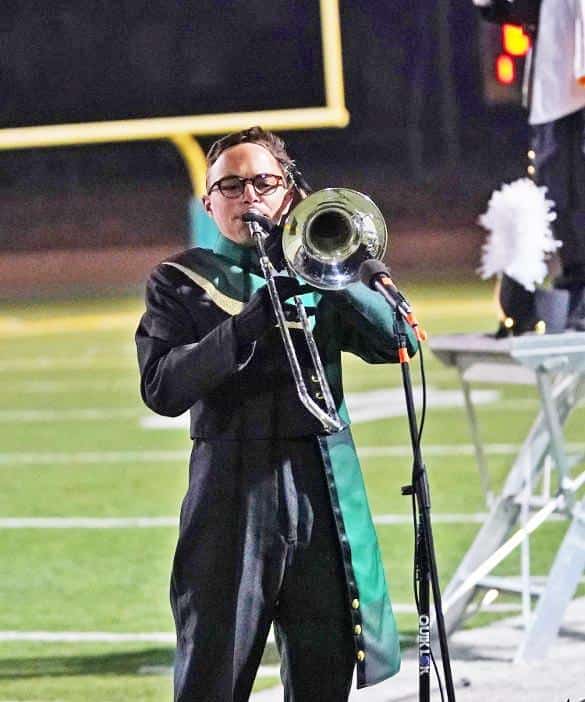 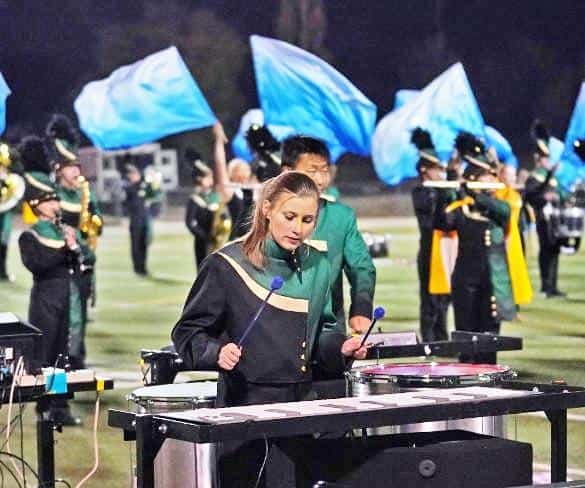 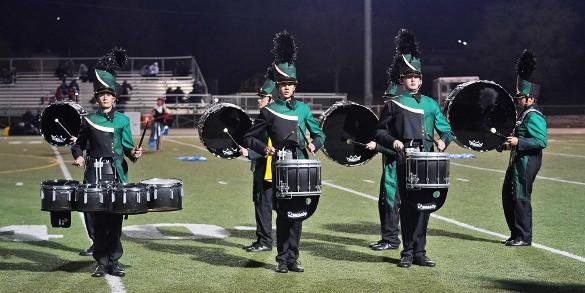 Scene from the Hilltoppers Marching Band performing Friday night at 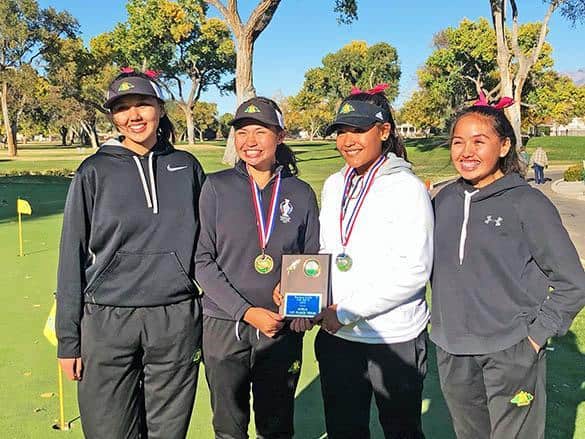 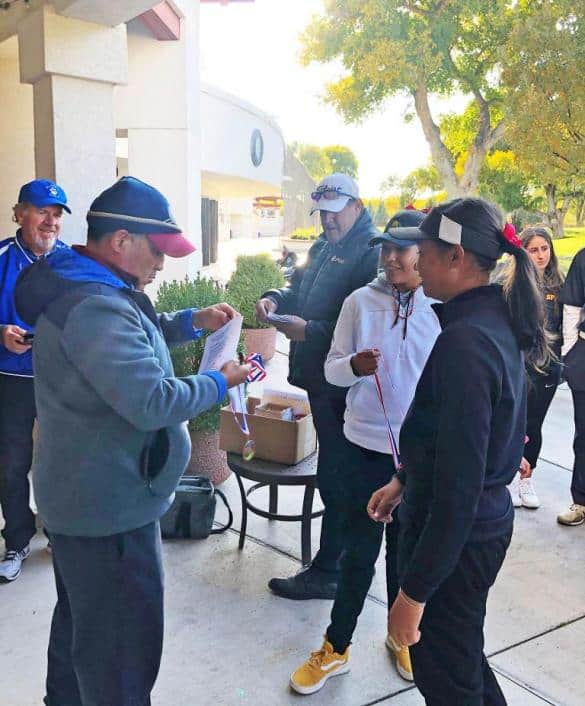 Jess Osden and Leah Mountain place 1st and 2nd with a 77 and 83. Photo by James R. Mountain/valleydailypost.com 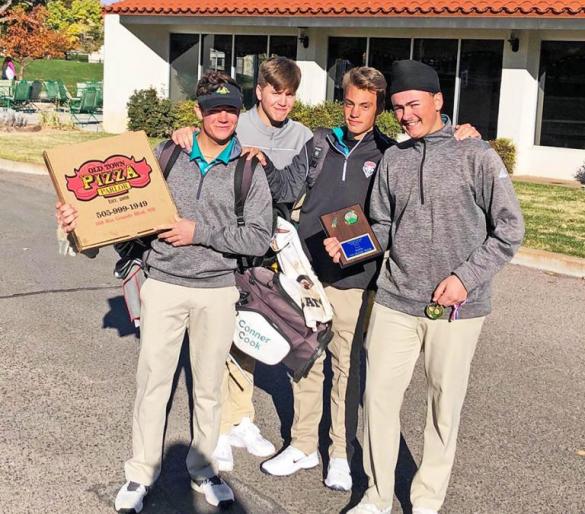 The Milky Way and a sky full of stars as seen above the adobe ruins at Fort Union National Monument. Photo by Harun Mehmedinovic
FUNM News:
WATROUS ― Join Fort Union National Monument, your backyard International Dark Sky Park, at 7 p.m. Nov. 2, for the first star party of the winter season.
Step out onto the high-prairie and immerse yourself in the stories and the starlight of a natural dark sky as rangers guide you through the remains of the old fort, and help you to identify distant stars and galaxies with the naked eye and telescope.
This program, weather permitting,
Tags:
State Nation World Recreation Environment

ALBUQUERQUE ― The New Mexico Activities Association would like to highlight the following important information regarding the upcoming 2019 Fall State Championships. 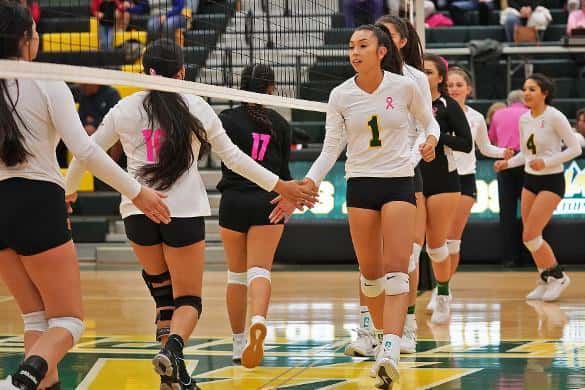 The Toppers greet the lady Sundevils Thursday evening in Griffith Gymnasium in a district contest. Photo by John McHale/ladailypost.com

Los Alamos overcame 14 errors in set 1 and turned it into a 3-0 sweep of the Espanola Sundevils.

The front row combined for 37 kills led by Natalie Gallegos with 18 and Eden Schmierer with 8. Ariel Edkin continued to deliver in the middle with 5 kills of her own.

Toppers Dominate Elks In Last Round Of District Play 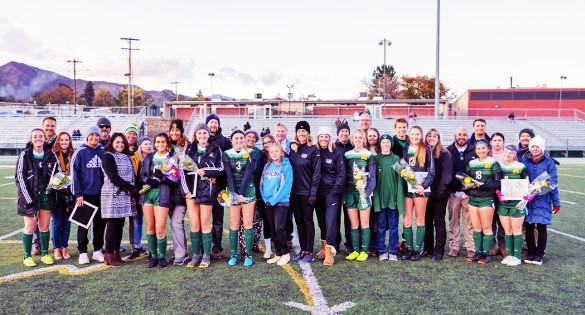 Topper Seniors and their families were recognized prior to the game. Photo by Nate Limback

The Varsity Boys and Girls hosted the Pojoaque Elks Thursday afternoon for their last round of District play.

Both the girls and boys Topper teams dominated their games.

The Boys came out strong, beating the Elks 6-0. Excellent ball movement by the Toppers was key to the impressive performance.

The Girls played strong on both offense and defense, ending with a 10-0 victory. The game was called two minutes into the second half, when the 10th goal was scored by Alyssa Parker.

By GEORGE MORSE
Sports And Outdoors
Los Alamos Daily Post
It seems the word got out about anglers catching big fish at Santa Cruz Lake near Chimayo.
There was a lot of activity on Facebook concerning Santa Cruz Lake last week. The State Game and Fish Department had stocked Santa Cruz Oct. 7 with 218 rainbow trout averaging 20 inches in size and anglers were catching them.
Santa Cruz was stocked again Oct. 17 with 5,370 catchable-size rainbow trout. There are plenty of fish swimming in Santa Cruz Lake right now.
The temperature is getting downright cold in the mountains
Tags:
State Recreation Columns 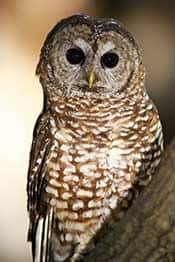 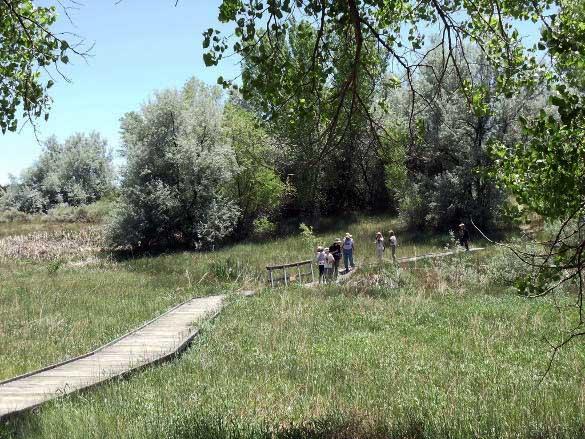 Join Natali Steinberg for a morning at the Santa Fe Botanical Garden’s Leonora Curtin Wetlands Preserve Saturday, Oct. 26. Participants will meet at 8 a.m., at the Los Alamos Nature Center and carpool to the property. The tour is free, but space is limited and registration is required. Courtesy/PEEC
PEEC News:
Join Natali Steinberg and PEEC Saturday, Oct. 26 for a tour of the Santa Fe Botanical Garden’s Leonora Curtin Wetland Preserve.
A one-hour drive will take participants to the 35-acre preserve that hosts a bountiful diversity of plants and wildlife. This tour is free
Tags:
Community Education Recreation Environment 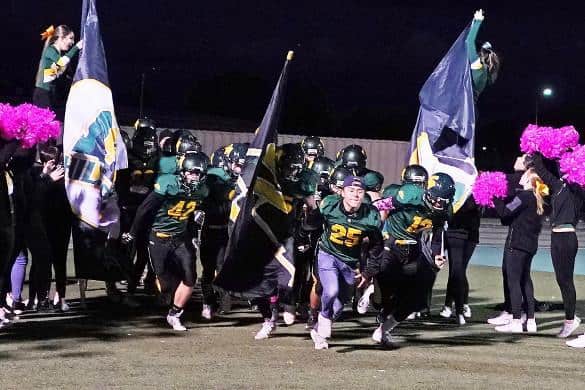 The Los Alamos Hilltoppers burst onto Sullivan Field Friday evening to play a district game against the Santa Fe Demons. The Demons have always been a tough opponent for the Toppers and Friday night’s game proved how tough the Demons can be. In the first two quarters the Toppers held their own by scoring a touchdown in each quarter and holding the Demons to only three touch downs with the half time score of 14-20. However, the Toppers could only manage two more touchdowns for the remainder of the game and the Demons ran the score up to 28-55 to win the contest. Photo by John McHale/ladailypost.com 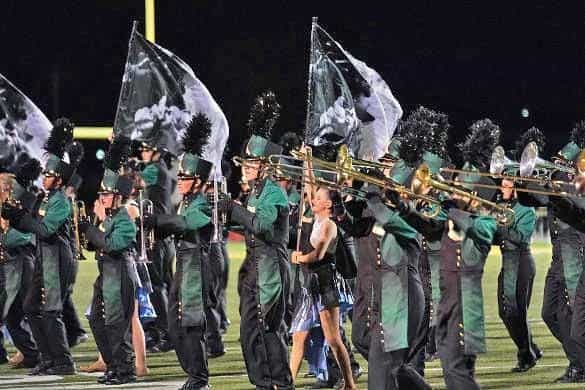 The Los Alamos High School Marching Band presented another outstanding performance at the Friday night football game at Sullivan Field. The 112 member band under the direction of Zane Meek performed another variation of the Black Orphas theme to the delight of the crowd. Photo by John McHale/ladailypost.com 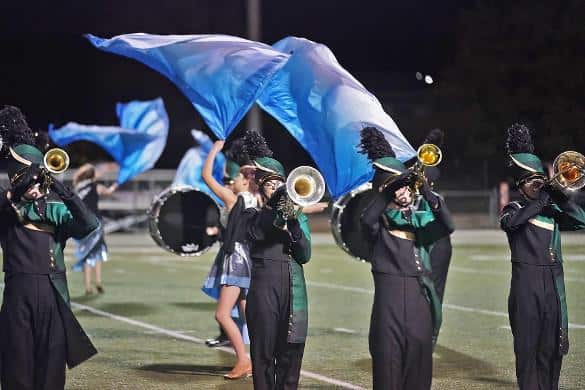 Smoke In The Jemez Expected To Last Several Days 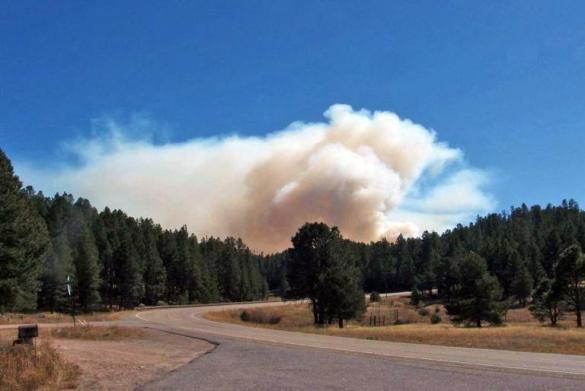 Scene today near the mailbox turnout in Sulfur Canyon on N.M. 4 in The Jemez. Photo by Keith Kihara/Jemez Springs
NMFI News:
JEMEZ SPRINGS — Fire managers began prescribed burn operations Thursday within Valles Caldera National Preserve.
Smoke from the burn is visible today and with burn operations expected to last a few days, officials say that smoke may be visible through next week.
The prescribed burns will target approximately 700 acres in the Banco Bonito and Cerro Seco areas in the western portion of the preserve. The burns will not
Tags:
Community State Public Safety Fire Recreation Environment 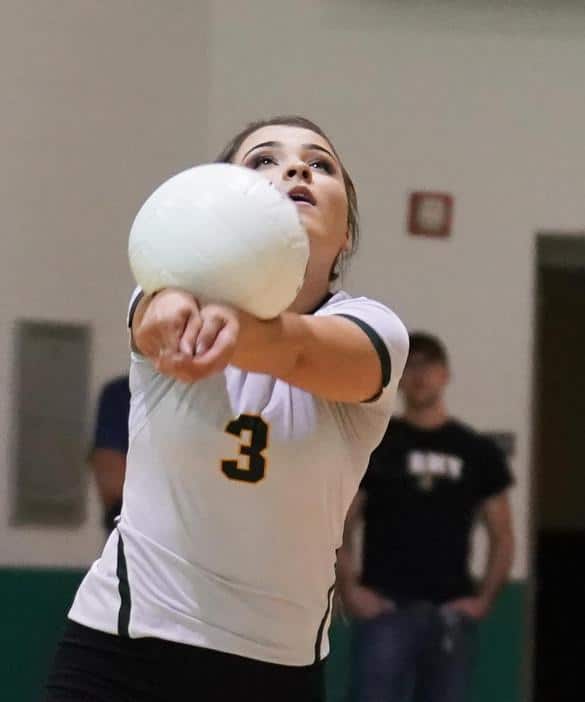 Gracie Swenson bumps a serve into play in the first set. Photo by John McHale/ladailypost.com 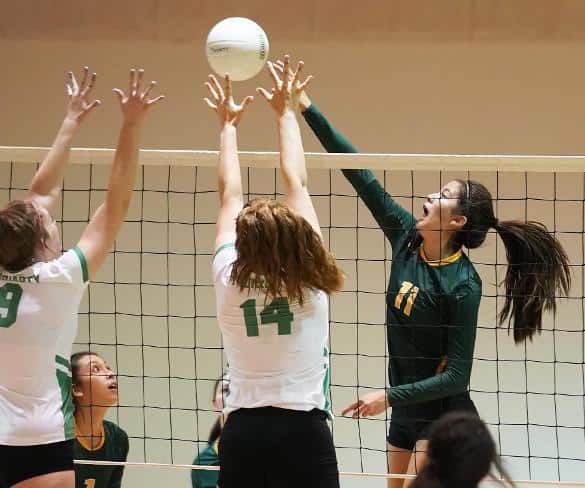 Natalie Gallegos dinks a ball over the defenses of Kassie Coey and Evan Segura in the 2nd set. Photo by John McHale/ladailypost.com 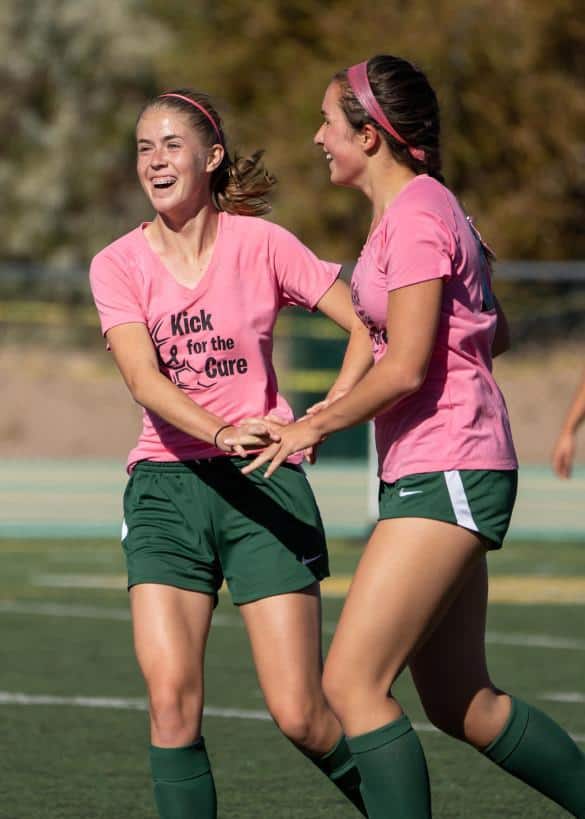 The Topper Girls Varsity Soccer Team played at home at Sullivan Field Saturday against the Los Lunas Tigers. The Toppers dominated the game, with Kaya Krantz playing an exceptional game with four goals and one assist. Tara McDonald, Kaitlyn McGrane and Alyssa Parker all scored a goal each to cap off a 7-0 victory for the Toppers. During halftime, parents and fans had the opportunity to donate to the annual Kick-for-the-Cure fundraiser, which raised more than $2,200 for breast cancer research. The Toppers have three remaining games before the State Tournament. Pictured is Kaitlyn McGrane and 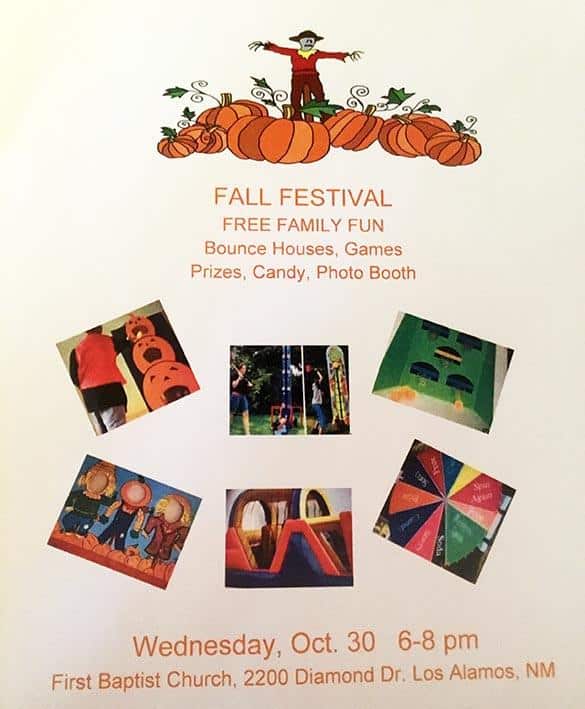 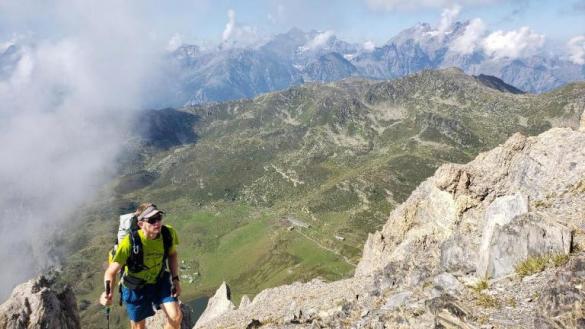 Hear about Bill Geist’s adventures in the Alps at the October Los Alamos Mountaineers meeting about 7:15 p.m. Tuesday, Oct. 22.

The Mountaineers’ meeting begins at 7 p.m. and covers information about upcoming outings. This event is free to attend and open to the public.

In August 2019, Geist and his teammate Jason Halladay participated in a 180-mile team run with a cumulative elevation gain of 80,000 feet. The race, called the Petit Trotte à Léon (PTL), traveled around

Letter To The Editor: Concern For Our Young Athletes

I am concerned about the safety and welfare of our young athletes.

Particularly our Football players. I have attended the last two home games and was shocked by what I witnessed. The players were not given any chance of recovery as they were played over and over.

Several players experienced severe cramps that took them off the field only to be put right back in.

I saw several more players injured during the game, and a couple of those injuries I can say were the results of fatigue and the mistakes made due to fatigue.

Even past injuries, you could see that as the

Scene from the annual ski swap Saturday in the gymnasium at Los Alamos Middle School on Hawks Drive. This marks the 40th year that the ski swap has been held at LAMS. In the early days, 1966, the ski swap was held in the building now used by Los Alamos Little Theatre and was very informal compared to today’s event. The ski swap is sponsored by the Los Alamos Ski Racing Team and proceeds go to help fund the Los Alamos Racing Club. Photo by John McHale/ladailypost.com 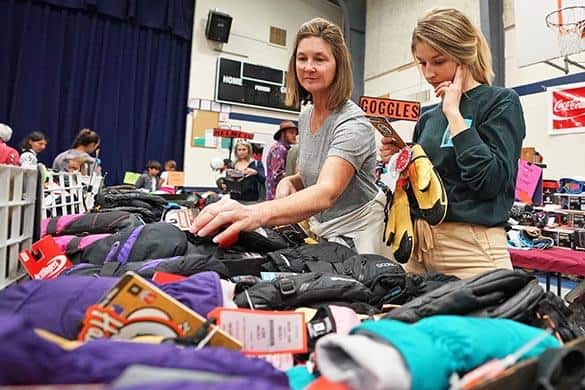 So many gloves to choose from as well as new and lightly used skis, snowboards, boots, bindings, helmets and ski clothing at the annual 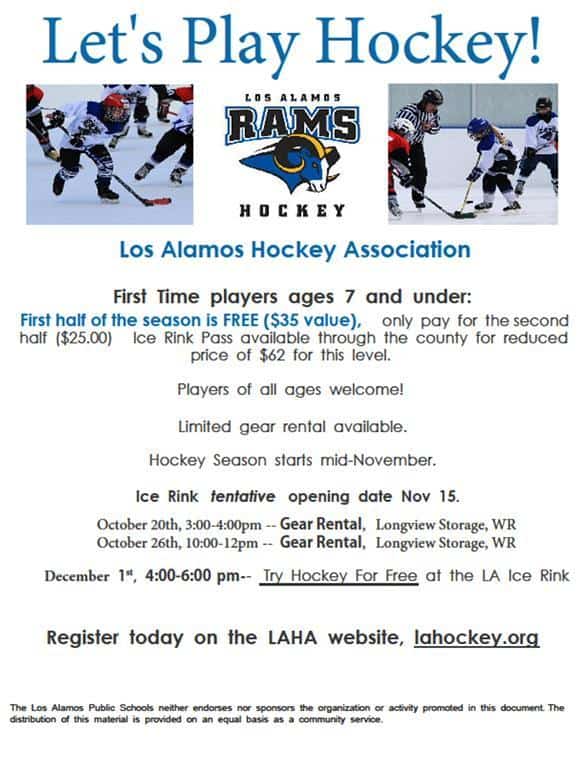 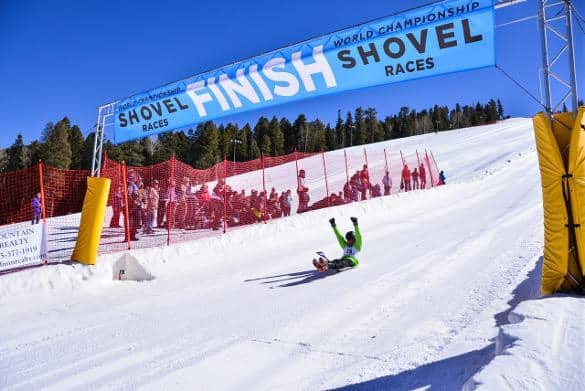 This will be the final year of the World Championship Shovel Races at Angel Fire Resort. Courtesy/AFR 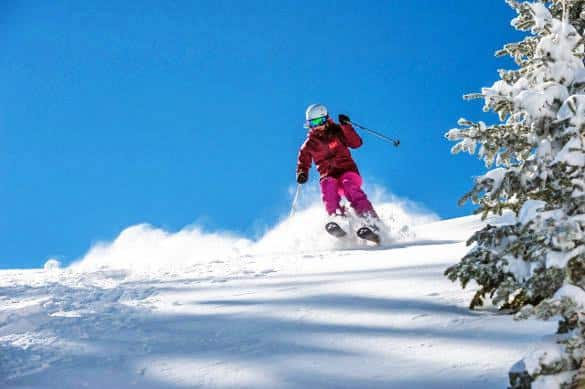