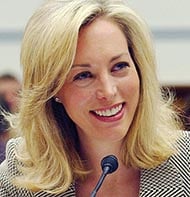 Spies, Lies, & Nukes: Inside International Espionage is an intensive 2-day conference hosted by former covert CIA officer Valerie Plame and featuring experts with extraordinary experiences and access to the highest levels of US policy-makers.

The community is invited to attend this unique forum and join Valerie Plame and several of her highly decorated CIA colleagues as they discuss their perspectives and experiences on cyber warfare, covert action, international affairs, and nuclear proliferation.

The conference Nov. 3-4, is designed to inform, entertain, and challenge the audience as the speakers explore international secrets and explain why they still matter in today’s world.

“My goal for this conference is to provoke dynamic and illuminating exchanges between the audience and the expert panels of legendary intelligence officers. I want the audience to understand how intelligence activities and decisions of the past have shaped and affect where we are today,” Plame said.

​As a career CIA covert operations officer, Plame worked to protect America’s national security and to prevent the spread of Weapons of Mass Destruction. Author of the best-selling memoir Fair Game: My Life as a Spy, My Betrayal by the White House and co-author of the Vanessa Pierson spy-thriller series, Plame appears in the press regularly on topics such as nuclear proliferation, women in intelligence and the NSA’s data collection.

Other conference topics will include Countering Weapons of Mass Destruction, Russian Interference in US elections, and the Trial of Robert Oppenheimer,

The conference is Saturday and Sunday, Nov. 3-4 at the La Fonda Hotel in Santa Fe and tickets and information are available at SpySeminars.com. There also is a VIP reception with the speakers Friday, Nov. 2 at La Fonda; however tickets are limited.

Lawler was a member of CIA’s Senior Intelligence Service (SIS-3) from 1998 until his retirement in 2005. He spent well over half of his CIA career battling the proliferation of weapons of mass destruction. As Chief of the A.Q. Khan Nuclear Takedown Team, Lawler was the recipient of one of the CIA’s Trailblazer Awards in 2007, marking the 60th anniversary of CIA. He also received the Director’s Award from DCI George Tenet, the U.S. Intelligence Community’s HUMINT Collector of the Year Award, and the Donovan Award from the CIA’s Deputy Director of Operations.

Held served as Associate Deputy Secretary of Energy as well as Acting Undersecretary of Energy for Nuclear Security during 2013-2014 with oversight responsibility for America’s nuclear weapons complex, including Los Alamos and Sandia National Laboratories. During 2010-2012, he was the Director of DOE’s Office of Intelligence and Counterintelligence.

Mowatt-Larssen served for 23 years as a CIA intelligence officer in various domestic and international posts, to include Chief of the Europe Division in the Directorate of Operations, Chief of the Weapons of Mass Destruction Department, Counterterrorist Center, and Deputy Associate Director of Central Intelligence for Military Support.