Spencer: Dems Have To Learn To Win Elections Again 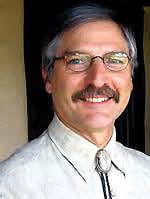 Upon reading former Sen. Jeff Bingaman’s recent endorsement of Damon Martinez for Congress as published in the Los Alamos Daily Post, my first question was “Huh? What district?”. Since I doubted Jeff would be blind siding our incumbent, I checked to see where Mr. Martinez is running and indeed, it is in District 1, Albuquerque. Ok, so not a big issue for those of us out in the Provinces. Except for dealing with those trying to mine District 3 wallets for the District 1 race.

But on a more serious note, I was disappointed that the best that our former Senator could come up with for compelling issues that a candidate for U.S. Congress would face were those I would consider regional, second tier, or those driven by identity politics. Maybe that’s why we Dems lost control of the White House, both houses of Congress, and something like over a thousand elected offices in this millenium. Not to mention all those judicial appointments that other party is making. Maybe we need a lesson in The Vision Thing.

Since I am not a visionary, I will merely toss out this voter’s choices for compelling issues that work on both a national and regional scale. Other disgruntled party members are free to add theirs. Maybe we can cobble together a vision.

1. Managing our response to climate change: Climate change can bring on wars or massive dislocations as well as drought or flood. We know that from history. This could cost billions—trillions—or who really knows, as detailed cost/benefit analyses of continued use of carbon energy vs. climate change are rarely discussed with the public. Nonetheless, we must be making decisions in the context of considerable uncertainties involving the climate response to a given doubling of CO2, i.e., “climate sensitivity”, not to mention other forcing mechanisms and feedbacks. I think former Georgia State climatologist Judy Curry has it right when she uses former Defense Secretary Donald Rumsfeld’s famous quote to remind us that there are “unknown unknowns” in climate prediction that some are not willing to admit.

So while the extremes on right and left either deny human contributions to climate change are serious matters or act as though the sky is imminently falling, we have to hedge our bets against worst case outcomes as we poke ahead scientifically. Some combination of regulation, managing energy sources, geoengineering, and official encouragement to entrepreneurs to deal with the problem are all necessary overprints to free enterprise, given we all have to live on this planet. These must be negotiated on a national level without having a fine crystal ball at our disposal. The way climate change will/may affect different parts of the nation is varied but in the Southwest, water availability is a massive consideration.

2. As a former Democratic Party President’s campaign strategist once said, “Its The Economy, Stupid”: During my lifetime, good, well paying middle class jobs have fled the US faster than house guests fleeing when relatives start arguing religion and politics over a gassy Thanksgiving dinner. Income inequality is staggering. The opioid epidemic is in part a result of over-prescription practices but I think in part an outgrowth of this economic malaise; being drugged, for increasing numbers of Americans, is better than dealing with reality. So rather than just talking about opioids, how about we talk about giving average Americans their pride and some good jobs back again?  MAGA gimme caps, drugs, or make work jobs are not substitutes for real job satisfaction, a middle class wage, and a belief that one’s kid’s future will be better than one’s own past.

3. National debt: While the debt looms, the GOP cuts taxes and both parties continue to figure out how to spend like proverbial drunken sailors. No one has figured out how to balance the budget or seriously reduce the debt as the glut of Baby Boomers like me reach retirement age and reach for the entitlement programs that, having paid into all our lives, we are definitely entitled to collect. Strong medicine and hard decisions lie ahead. The longer we kick the can down the road, the worse the outcome. Hence read #2.

4.Listen to Dwight Eisenhower. “The middle of the road is all of the usable surface. The extremes, right and left, are in the gutters”. Its not hard to figure out why government gets little done, parties offer up appalling candidates for legislators and leaders (e.g., Roy Moore or the last Presidential cycle), or when government finally does do something, it is extremely partisan; scores are set up to be settled ASAP. Obamacare is one example (and to be clear, I support national health care) and this tax bill will be another. As Ike said in another quote, ““It is only common sense to recognize that the great bulk of Americans, whether Republican or Democrat, face many common problems and agree on a number of basic objectives.”  So it is about time the two major parties, who are increasingly alienating moderates into becoming independents and encouraging  forms of tribalism, stop playing to extremists in their base and start playing ball with the center and the opposition again. Otherwise, polarization, as Abraham Lincoln said, will lead to a situation whereby a house divided against itself will not long stand. Its not a Congressional issue, but some major revamping of the primary system might be a good start. As is ending primary voter apathy, which leaves both party’s primaries vulnerable to the torch and pitchfork crowds, who are more likely to show up.

5. Managing international relations as the nuclear button competes with cyberwarfare and fake news: The recent insult match between Pres. Trump and Supreme Leader Kim Jung-un reminds me of a game of chicken between two immature hot rodders. Only in this case, both have, or may soon have, the nuclear button. While deterrence has kept the peace among major powers since the end of WW II, my fear is that the cataclysms at Hiroshima and Nagasaki have become mere abstractions. Meanwhile, the plot thickens. Cyber-warfare is a growing threat and our elections are vulnerable to hacking and social media attacks from abroad. Congress must be part of a set of solutions.

6. Setting the bar high on a standard for high school education that rewards excellence: An electorate cannot be expected to make good decisions when it lacks the ability to sort out the wheat from the chaff on increasingly complex problems. Neither can a poorly educated work force be expected to be qualified for good jobs in a rapidly evolving, technologically driven economy. In states like NM where the high school graduation rate leaves almost one out of three behind and even those who get their sheepskin are helped along by social promotion, its not surprising we have problems with economic growth. Social media is not the problem with “fake news” as propaganda is as old as the Republic. The problem is that so many people cannot see through the fakery.

7. Building sustainable, economically viable communities:  The last half century has reveled in low density development. Increasingly in the years ahead, the piper will need to be paid on replacing aging infrastructure in these communities, i.e., sewer, water, etc. Since there are fewer people per acre to pay the cost of uprooting and replacing miles of infrastructure, this increases the burden on communities and individuals. But we keep at it, e.g., the Santolina proposal down in the Duke City, all the while clamoring for no new taxes. The reality, as the planning organization Strong Towns has discussed, is that we will need a lot of money to even put a dent in future infrastructure requirements that we have embedded into our communities and New Mexico is no exception. Someone is going to have to teach the American people that sustainability isn’t just about hybrid cars or recycling, but basic issues of urban and regional planning that do not burden the future with unsustainable development costs. Since Federal matching funds are ubiquitously part of the funding mix in state projects and pass-throughs, this is a Federal as well as a state and local problem.

8. Forswearing polarizing issues in favor of consensus: Last year I went to a meeting of progressive Democrats in Santa Fe. It looked for a while like the typical circular firing squad I expect out of my fellow Dems. One person made a very good set of points: Jon Hendry, the President of the NM Federation of Labor, said to stay away from topics that drive moderate and conservative Dems away. Gun control was one he explicitly called out. There are others. Jon implied (I think), and I think, that it is more important to win elections, win back the center, and fix the economy so that it works for most of us again instead of for the 1 percent. Many of these other problems (gun violence, drug abuse) will start to take care of themselves if people have hope again. One can find bipartisan ways to address gun violence and other issues without senselessly making hot buttons out of them. Let’s find a way to stop making red electorates redder, blue electorates bluer, and instead get people talking to each other again.

Meanwhile, some issues are not best handled by Washington, Dee Cee. For example, spare me another Federal fiasco with “sexual assault on campus”. While campus sexual assaults are a real problem, they are law enforcement and college environment problems best dealt with by legal minds familiar with both law enforcement and campus environments, working with reasonable campus administrations. Not to mention families instilling respect and decency in their youngsters rather than sending them off to college as potential predators. Aside from assault, which is a crime, the current muddle of how to teach what is consensual between two adults and what is not in today’s “hookup” environment sounds to me like a more complex issue than one handled by law enforcement or blunt-instrument bureaucrats. Here is a neat way that UNM is doing it. Use brains, not sheer brawn.

The problem is that the Feds under the Obama administration’s “dear colleague” letter merely created a growth industry in trial lawyers suing universities and colleges that were, under pressure from the Feds,  throwing due process under the bus in a stampede to show results and to maintain Title IX compliance and Federal funding. The bottom line is that some things are best not done by far away  bureaucrats. If there ever was a rationale for small government and big citizens as put forth by conservatives, its what big government does when it lacks nuance and a modicum of critical thinking. Federalism can work.

I wish Mr. Martinez and other (D’s) in the running for the 1st District seat luck, but I think we Democrats have to practice our vision thing on more than the guys and gals looking back from the mirror. If not, there will soon not be enough opioids, not to mention blue seats, left to go around as our polarizing national malaise deepens.