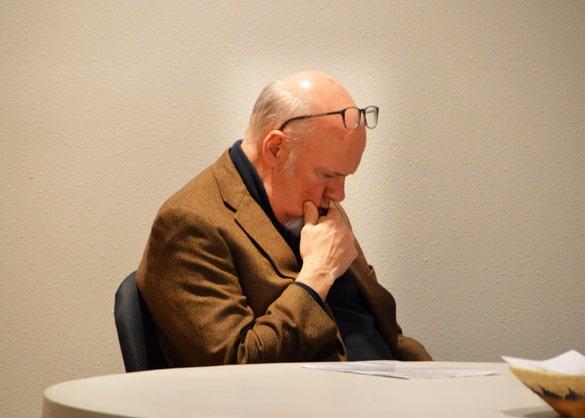 James McGrath Morris prepares to discuss ‘Journalism, Ethics and the War Over Fake News’ Feb. 26 at the Unitarian Church of Los Alamos. Photo by Carol A. Clark/ladailypost.com 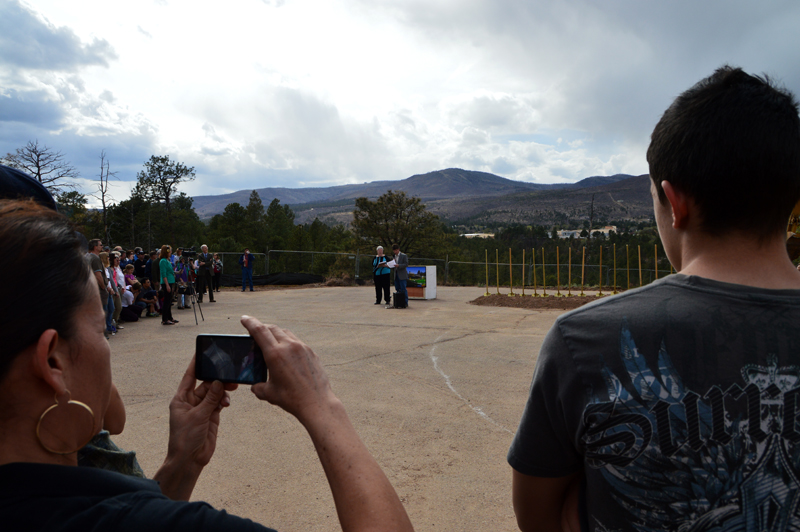 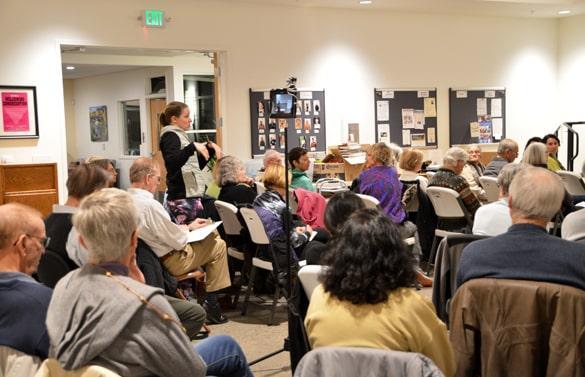 Journalist, author and educator James McGrath Morris was the guest speaker at the monthly Voices of Los Alamos progressive advocacy meeting Monday, Feb. 26 at the Unitarian Church of Los Alamos.

Morris spoke on “Journalism, Ethics and the War Over Fake News” to an audience of some 60 people.

Distrust in traditional “legacy” media is widespread in the U.S., Morris said.

“In a 2017 poll, most Americans say it has become harder to be well-informed and to discern what is true,” he said.

“Fake news” is not a brand new phenomenon, of course. News was very biased in the 19th century, when newspapers were dependent on political patronage, Morris said. The advent of advertising as a source of revenue allowed newspapers to become more objective.

Today, many people get their news, not from traditional sources, but from social media, creating a set of new problems in discerning what is true. When a piece of false information gets out on social media, it spreads rapidly.

“Within a few hours, thousands of people have gotten this wrong information,” Morris said. “It’s out there and you can never truly stamp it out again.”

One reason for the growing distrust of traditional media is the choice of people in power to “weaponize the concept of fake news,” Morris said.

“When a leader says something is fake news, his followers will discount it,” he said

As politics has become more polarized, evidence-based arguments are declining in importance to the news audience, he said, adding that people disregard facts as unreliable that don’t agree with their point of view.

Morris explained that one reason for the decline of what he calls “media literacy,” or the ability of readers to discern reliable information, is the more private nature of news viewing. Young people no longer grow up reading the newspaper alongside parents who can impart their skills.

“Those adults would have known things like bylines, whose name could be trusted,” he said. “They would have understood issues of bias and things like sourcing. Sponsored news is looked upon as news. Young people don’t realize it’s sponsored by some organization.”

Citizens need an understanding of how news is reported, he said. The concepts of impartiality and journalistic ethics are no longer well understood. Often, audiences do not discriminate between commentators and reporters, in other words, between opinion and the reporting of facts.

“We must teach young people to bring a healthy skepticism to social media,” he said.

Morris promotes the same kind of advice journalism professors give their students: “If your mother says she loves you, check it out.”

Media literacy education in schools and through public promotional campaigns is a method to help the public distinguish real news from fake, Morris said.

It’s not always easy to know who to trust, he said, but holding media accountable and viewing it with a skeptical eye can help the public navigate the waters of real versus fake news. 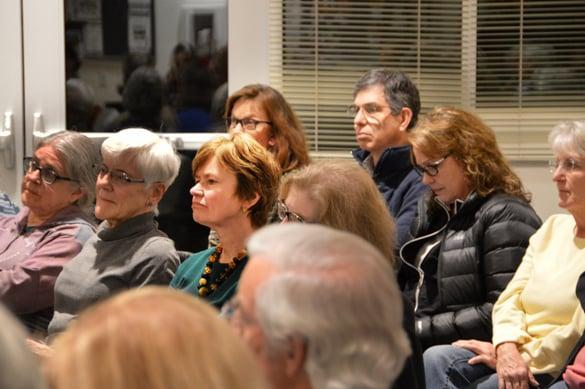 County Council Vice Chair Christine Chandler, third from left, and Council Chair David Izraelevitz listen to the talk on ‘Journalism, Ethics and the War Over Fake News’ Feb. 26 at the Unitarian Church of Los Alamos. Photo by Carol A. Clark/ladailypost.com 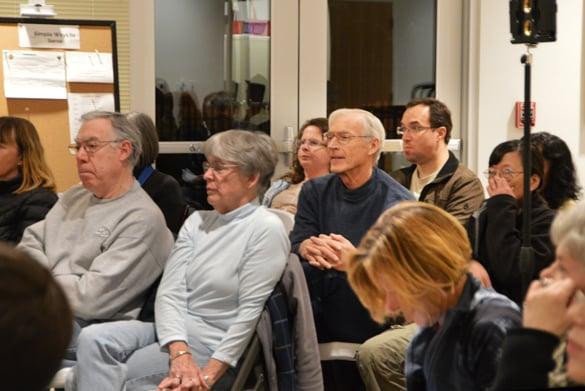 County Councilor Pete Sheehey, center, is among some 60 people who attended a talk on ‘Journalism, Ethics and the War Over Fake News’ Feb. 26 at the Unitarian Church of Los Alamos. Photo by Carol A. Clark/ladailypost.com