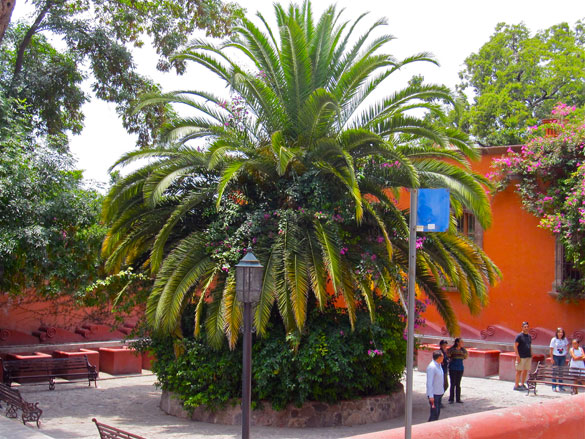 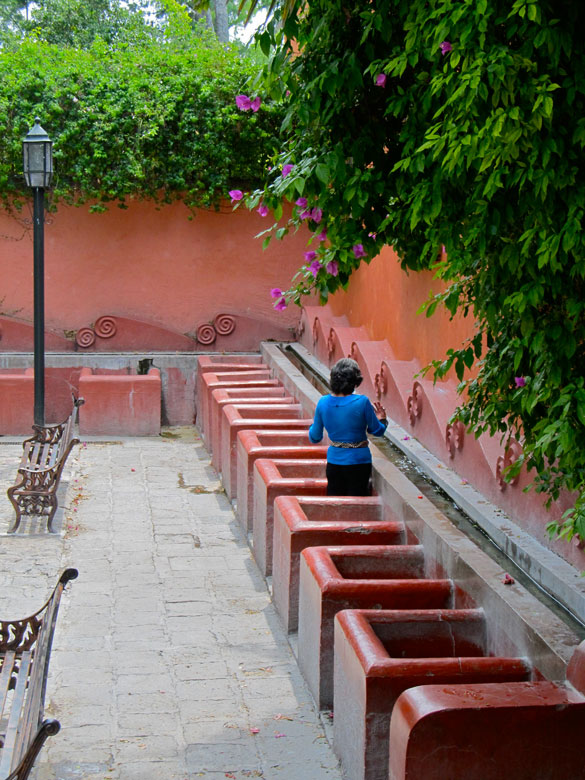 Many years ago I attended a lecture by an anthropologist who had grown up in Cochiti Pueblo.

When he was a kid, his family lived in a traditional extended family home. Because the only heat in the small adobe house was a wood stove in the kitchen, the family gathered around the kitchen table in the evenings. The kids did their homework and his grandparents told stories. In this way they passed on their language, myths, and culture to the next generation.

Sometime in the 50s and 60s, the Bureau of Indian Affairs decided that people needed modern homes, so they began to build houses with indoor plumbing, and central heat. They built enough houses that the grandparents could have their own home. Since the whole house was warm, the kids could study in the bedrooms.

The amount of intimate casual time spent together diminished to the point that many children in the last couple of generations never learned to speak Keresan. These days it is taught to children in school by people who themselves may have learned it in school, not from their families.

In the anthropologist’s opinion, his culture was changed because of forced air heat.

One of the benefits of long-term travel is the opportunity to see how people in other countries live in community, how they design buildings and homes, how their cities function.

Prior to the 1950s, most US homes, especially in the south, had front porches where people sat in the evenings when the temperature cooled off. Children played with other kids from the neighborhood in the front yards and streets. Adults visited with each other. When air conditioning got cheaper and more common, people tended to stay indoors.

Modern cities indicate that the car is the major concern to community planners. Vast territory is devoted to freeways, streets, and parking lots. The need for cars drives home designs as well. Subdivisions full of new houses, especially townhomes, appear to be mostly garage, with a sidewalk leading around the side to the front door. Very little about a modern home encourages people living inside to spend time being seen by neighbors or getting to know them.

In San Miguel de Allende, Mexico, at the foot of a steep hillside, there is an interesting structure: La Plaza del Chorro y Lavaderos Publicos.

In pre-Columbian times, a spring flowed from the rocky escarpment and was used by indigenous people as a source of drinking water. The area around the spring was full of shady trees and small ponds for bathing.

Two sides of the plaza have concrete washbasins where water flows down open troughs, piped to the plaza from the original source of the spring. Since 1890, women have brought their laundry here, dipped water from the trough, and scrubbed their clothes over concrete ridges in the basin floors.

The area around the plaza is full of expensive homes now. Located on the street at the bottom of a steep staircase named El Callejon del Chorro (Waterfall Passageway), it is a popular tourist bus stop and is used on weekends by artists to display their paintings.

Only once have I seen anyone washing clothes there. An older woman had piles of laundry soaking in four basins while she scrubbed clothes in a fifth. I easily imagined her surrounded by other women working together, chatting about who was getting married, recent deaths, or cheating spouses. Plaza del Chorro was certainly a center of communal life.

I would never fault anyone who prefers a washing machine to lugging the family laundry to a clothes-washing plaza. It’s just an example of how technology removed yet another natural way for people to get to know each other in a community setting, how technology continues to change culture.

Editor’s note: Sherry Hardage lives in Los Alamos and has been traveling solo in the Americas, Europe, and Asia since she retired from Honeywell in 2009. She is a photographer, writer, and guide who organizes tours of Chiapas, Mexico through her website: www.mexadventures.com.

Follow the continuing adventures on the travel blog: http://sherryhardagetravel.blogspot.com/.