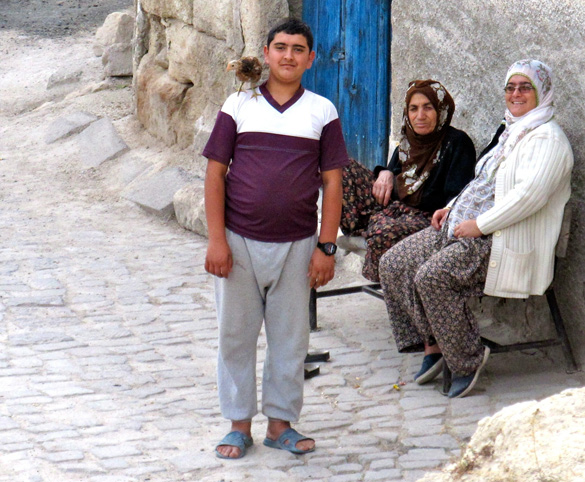 Anyone who has traveled to other countries, or the Deep South, knows how travel changes your perspective.

Visiting any culture different from our own is interesting and challenging. It’s impossible to come away with our preconceived ideas intact. I grew up in the South. I was taught prejudice and many of my relatives are still strongly opinionated about people who have a different skin color or culture, or who don’t speak English well.

As a teenager, I did the usual parent-rebellion routine. But instead of drugs or wanton sexual activity, I chose to have a black friend. After spending time at her house, eating and laughing with her family, I could no longer comprehend my parents’ rationale for sticking with “our own kind.” I had changed. My parents had to change, too, because they could never give me one good reason to end the friendship.

Since 9/11, I have heard some people say that Islam is a religion of peace and harmony while others argue it is a horribly violent religion. They point to passages in the Koran that urge death to infidels. It wasn’t until I met Muslims, lived in a Muslim country for a while, and experienced their radical hospitality that my views solidified. Now it is difficult to hear these kinds of statements from people who have probably never had a conversation with a Muslim.

Five years ago I was contemplating a month-long trip to Mexico, but the news reports were filled with terrible stories of murders, bodies found in the desert, and drug fueled warfare in the streets. The U.S. State Department travel warnings urged Americans to stay home. I had friends who were living in Mexico six months at a time, traveling around in an RV. Motor homes might as well be a rolling neon sign flashing: RICH AMERICANS ON BOARD!

Yet, my friends had traveled unmolested for years and they recommended San Miguel de Allende to me as a “starter trip.” Seven trips to Mexico later, I will admit I have had a few scary moments, but I have not been robbed, pick-pocketed or physically harmed by anyone.

So, I was shocked when I sat next to a big muscular lumberjack on a plane to Oregon, who said he would never go to Mexico because he couldn’t take his gun with him. Clearly he wasn’t a man to take risks, nor would he take my word that he wouldn’t need a gun in Mexico.

The great thing about travel is that it changes our minds whether we want it to or not. And once changed, there’s no going back. The majority of Mexicans will be relieved to know that Americans, who feel the need to bring their guns with them into Mexico, are actually too frightened to come.