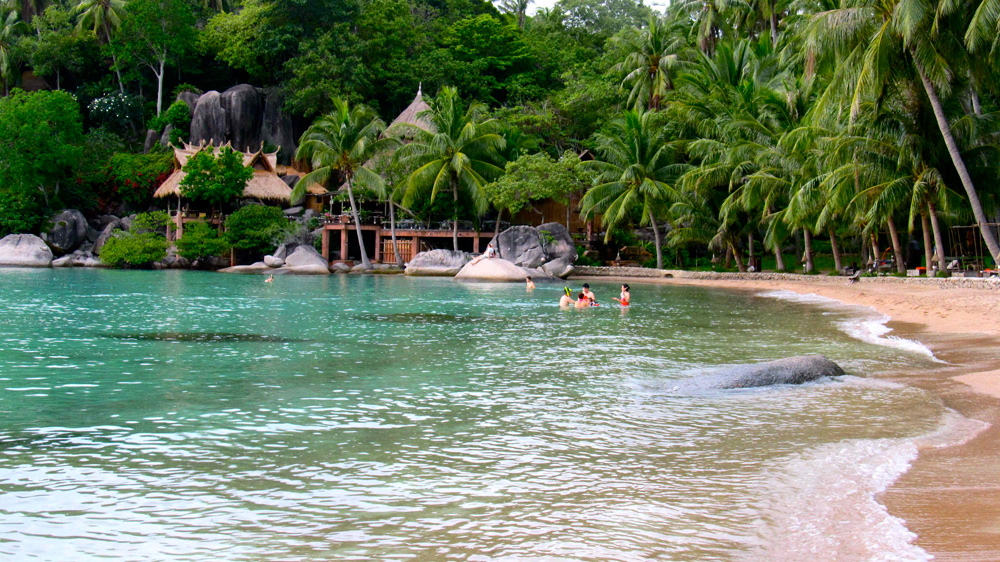 I have become convinced that the ubiquitous ATM has made it possible for most people to travel anywhere.

When I first traveled abroad, alone at age 18, I carried traveler’s checks. In some countries these days, traveler’s checks can only be cashed at banks and can be burdensome if cash is needed right away.

A traveler from the U.S. can carry a large quantity of dollars and change them into local currency in any other country, but the exchange rates aren’t always very good. Plus, carrying large amounts of cash is a really bad idea. The international rates can vary from bank to bank and within international banking systems. Most U.S. banks belong to one or more systems and those will be noted on the debit card. Most ATMs have symbols that indicate the systems. Using an appropriate machine will guarantee the best rates.

Another way to get money is a cash advance on a credit card, but the rates can be usurious.

Most people are aware of all these options, but real problems  arise if your card is lost, stolen, or eaten by a foreign ATM machine. Foreign machines can be rapacious.

The ATM at Los Alamos National Bank, that lets you insert and withdraw the card before the transaction, is not as common in other countries. Consequently, many of us forget to retrieve the card after the transaction.

A few seconds after the money is removed, beeping warns you to take the card. If you don’t retrieve it promptly, the machine swallows it.  And it’s almost impossible to get it back, even if the bank happens to be open.

You’ll have to return at a time when the ATM is being serviced, or if you’re lucky the card might be turned in at the bank in a few days.

I travel alone often, but lately when I’ve traveled with friends. Three different people have lost cards to theft or a card-eating machine. One lost access to her credit card thanks to a hotel employee who copied down the numbers and used the card online later.

Fortunately, I still had an ATM card and was able to get cash for them.

But what happens if you travel alone?

One technique I use is to have two accounts at the bank. One is my regular checking account with attached savings that can feed money into it if I run low. The second, a travel account, is exactly the same but is unattached. Even if I were kidnapped and forced to withdraw money with my own ATM card, the thieves would only get the small amount that I keep in there.

I rarely use a credit card, but when I do, I never let it out of my sight. Before I leave the United States, I let the credit card company know which countries I’ll be visiting and for how long. Then if they suddenly see me charging a hotel room in Canada when I am supposed to be in Thailand, they’ll know something is amiss.

Actually, if you’re not a regular traveler, and you’re planning a trip within the U.S., it’s still a good idea to let the credit card company know. Otherwise they may freeze your account to protect it. I keep the credit card, a second ATM card, and about $80 in US dollars in a package with my passport. It probably would be a good idea to keep a couple of traveler’s checks in there, too.

In my wallet is the travel ATM card. That one gets used regularly, and so far I’ve been fortunate not to leave it anywhere. But what would you do if everything, including the passport were stolen? Several times I’ve gotten emails from friends saying they’re stuck in Africa or South America, asking me to please wire them money. It’s a common scam using hijacked email accounts.

Since I travel so often, some of my friends might actually believe I was in trouble. I’ve let the people I would contact know a secret password. If they get an email from me without the password, they will know it’s a phony.

Of course, having people at home wire money to you is an excellent option if you find yourself stranded somewhere. I had to help out a friend in Mexico over a period of several weeks as he struggled to get his cards replaced. Losing cards happens more often than anyone would believe.

The best security is vigilance. Stay aware of the surroundings, pay attention to what you are doing, lock doors to your room or apartment, and keep valuables in a safe if the hotel provides one. The second best security is forethought. Have several backup plans in case something goes awry. Know in advance who you would contact, and how. Once you’ve thought through as many scenarios as you can imagine, and what you would do if one of them happened, you can relax and enjoy your trip.