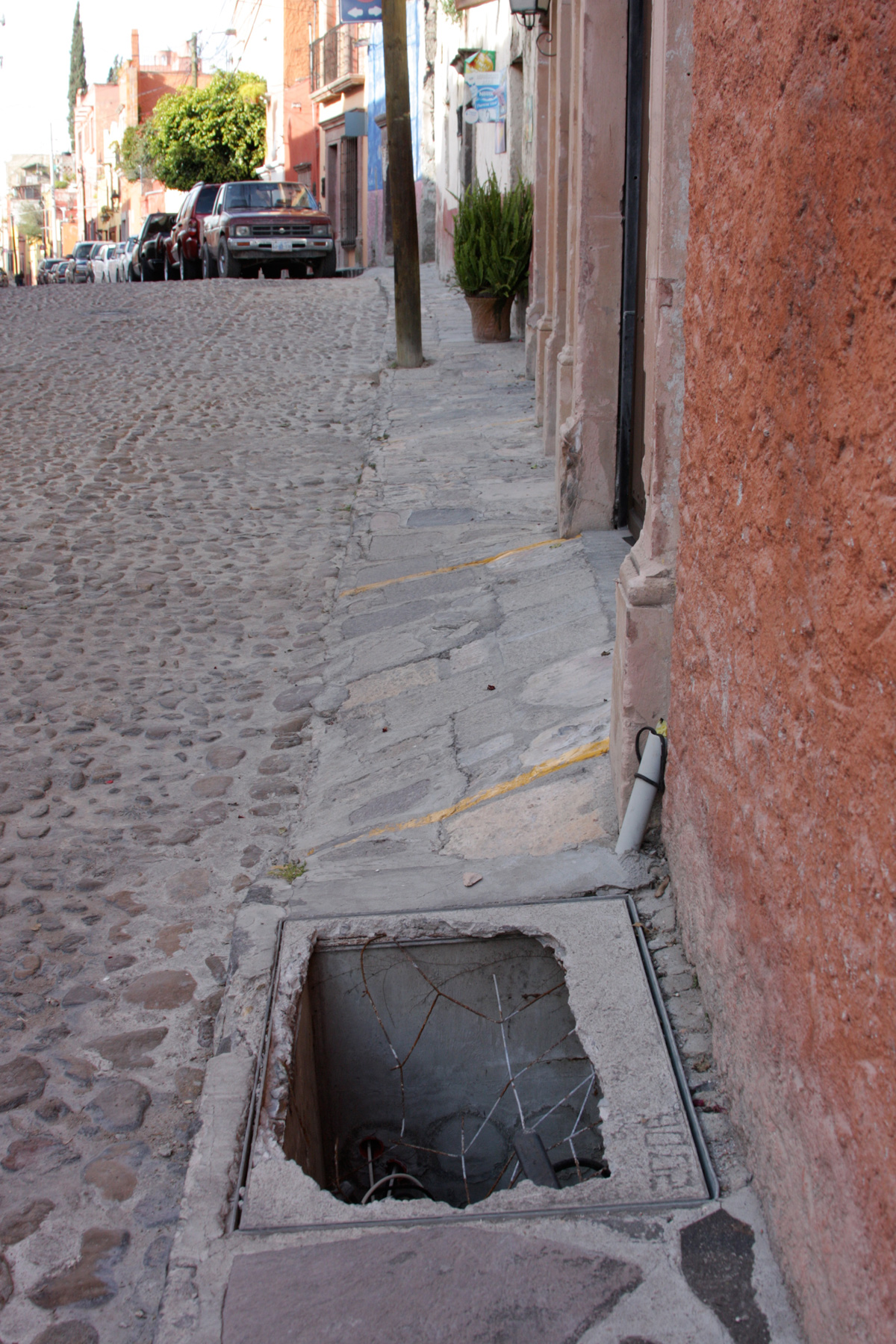 One afternoon I walked down the andador in San Cristóbal de las Casas. It is a street that has been closed off to traffic and repaved with nice flagstones for pedestrians. It’s always full of tourists, buskers and indigenous women selling crafts.

A tall European woman turned to watch a street performer but continued walking forward. If I hadn’t stepped aside she would have walked right into me!

When I lived in San Miguel de Allende for a short time, I saw a tourist walk right into a hole in the sidewalk. She squeaked as she fell in and screamed when her leg broke. I mentioned it to a Mexican friend, who was familiar with that street. He was astonished. “You mean she saw the hole and just stepped into it?”

In the U.S., not paying attention to where you’re going isn’t too dangerous as there are laws regarding the upkeep of streets and walkways. As a result, most of them are in really good shape; nice and flat, no surprises. And if a sidewalk is in bad repair, it’s supposed to be blocked off.

But in Mexico, nobody protects you from your own stupidity. Their attitude is, “If there’s a hole in the ground why on earth would you step into it?”

Even when it’s a habit to watch where you walk, it’s easy to become distracted. My friend John and I hiked a couple of miles to get to the new Sam’s Club in San Cristóbal a few years ago. We walked through crowded narrow streets on the irregular sidewalks and even in the street without incident. But when we saw the new store, we were awestruck. 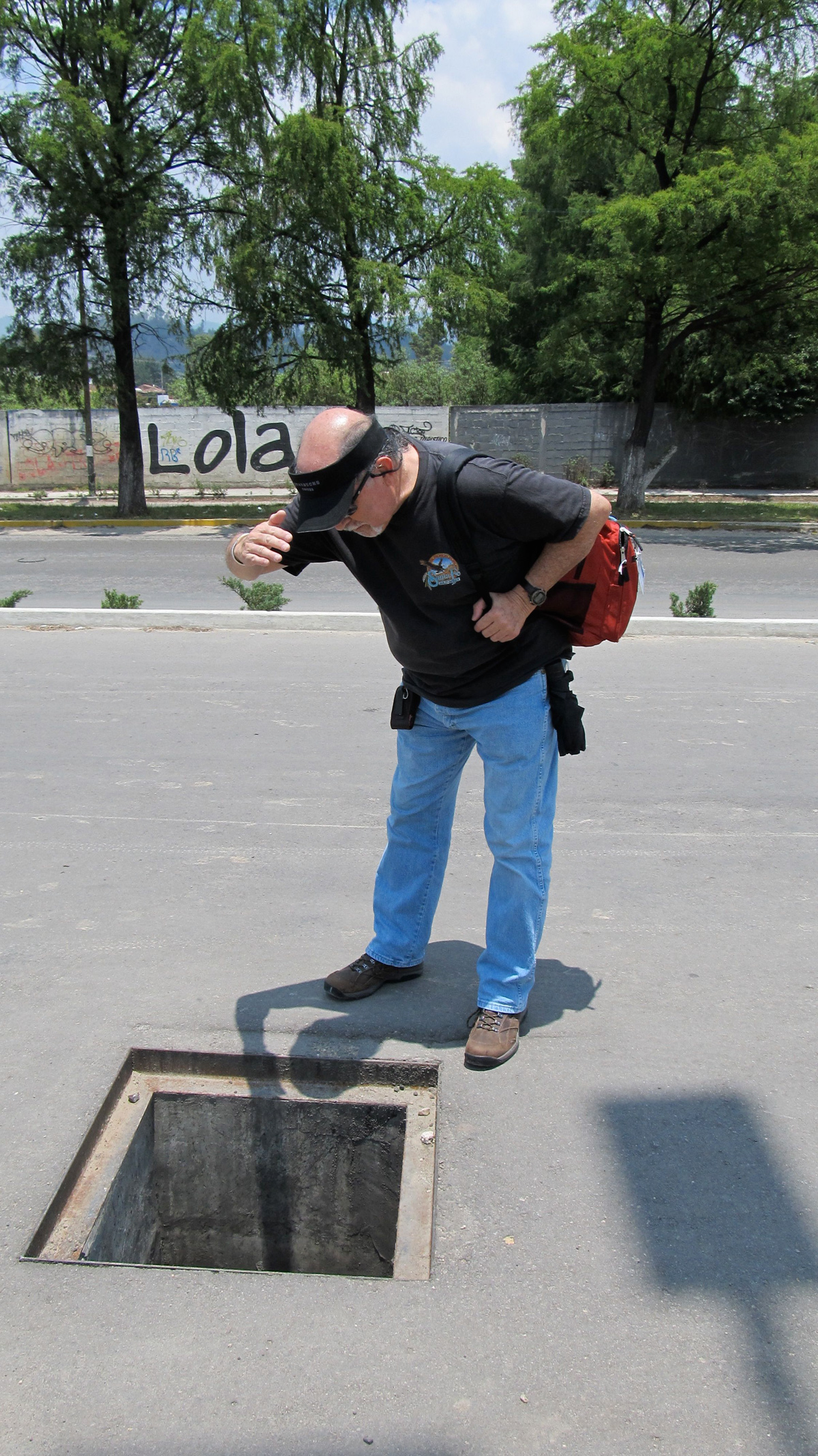 Sherry Hardage‘s friend John takes a look at the hole into which he nearly tumbled at the Sam’s Club in San Cristóbal. Photo by Sherry Hardage

Oh my! Stretched before us was a lake of sleek black asphalt. On the shore of that lake was a gleaming bright blue building without on single brush stroke of graffiti. For a few yards we walked towards it like Dorothy and her friends approaching the wizard’s castle. Then, out of habit, I glanced down. I yanked John towards me just as he was about to take his next step into a three-foot deep square hole.

Apparently the grate over the drainage hadn’t been installed or had been stolen. John would have been seriously hurt if he’d fallen into that hole.

We reported it to the Sam’s Club manager who acted like she cared a little bit. But a year later when I went back, the hole was still there, completely full of trash. At least with trash to cushion the fall, it was a bit safer!