Snyder: Personal Connections To History Being Shared By Facebook Group 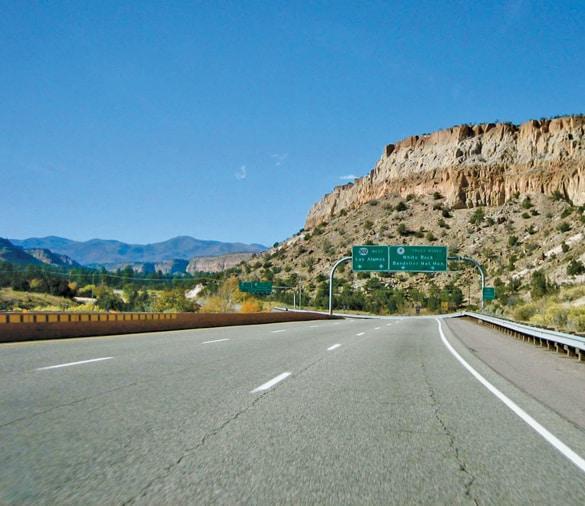 Dorothy was right! There’s no place like home. Photo by Sharon Snyder

For most people, our first personal connections to history are generally made in our hometowns as we are growing up. For those who count Los Alamos as their hometown, the experiences are unique and not easily understood by people anywhere else.

With only the Los Alamos National Laboratory as a major employer, most Los Alamos High School graduates move on to other places for employment, but they miss sharing their unique memories of our very different town. I know about that. I moved away after graduating in 1965. Though I was living in Albuquerque and not so very far away, I enjoyed crossing paths occasionally with someone from the Hill and feeling a kinship with them. After five decades away, I moved back to Los Alamos, and I immediately knew that I was home.
Not everyone can pack up and move so easily, but there is another option—a gathering place on Facebook called Growing Up in Los Alamos NM (aka The Atomic Kids). More than 3,000 Los Alamos graduates are members of that group, a closed site that allows them to communicate with friends and share their unique memories.

Only insiders remember these colorful Los Alamos place names, some of them no longer in existence or having acquired different names through the years.  What was it like to grow up in Los Alamos in those earlier days? There was a certain closeness here, in part because it was a small town but also because of the unique history and structure of the place. Pranks sometimes revealed that difference.

One winter when a busload of visiting students arrived for an event, one of them scooped up a handful of snow and was about to eat it when they were cautioned, in all seriousness, “You can’t eat that! It’s radioactive!” We sometimes made the most of our circumstances. There were very few places to eat out in Los Alamos in those days, so the S-Site Cafeteria was opened to the public Wednesday nights.

For some families, it became a ritual to drive “behind the fence” to have dinner out once a week. Many people also remember that Wednesdays were enchilada night at S-Site!

In those days the Fill (the bridge that crosses Pueblo Canyon) was only two lanes, and if we continued north, we would soon come to Conoco Hill, named for the Conoco gas station owned by the family of a classmate.

The Rec Hall is remembered especially by girls because they looked forward to asking their boyfriends to attend the annual Sadie Hawkins dance there. As for the Sundts, many of us lived in those hastily built, wooden apartments our first year or so in Los Alamos until our fathers qualified on a point system for better housing.

Our future possibilities for government housing depended on how high up our fathers’ were in the Lab, how long we had lived here and how many children were in the family.

Housing in Los Alamos has always been tight, but there were many options, especially in the housing of the early years. In a recent question posed to the Facebook group, members were asked to list the number of houses they had lived in while growing up.

A typical answer might include six or more difference residences: a Sundt, a Chapel apartment, a quad on Sycamore, an 8-plex across from Urban Park, a duplex on 36th Street and another duplex on Arizona. Even after more than 50 years, students who were here in 1962 remember exactly where they were on Sullivan Field to hear President John F. Kennedy speak to our community.

Those in high school the next year also remember in whose classroom they were sitting on Nov. 22, 1963, while listening to the PA system announcement that the president had been shot and was dead.

We’ve lived some amazing history here in Los Alamos, and I believe one thing is certain. It was a special place for hundreds of people who still love to share the memories they made while Growing Up in Los Alamos!  Administrators for the group are Rob Hicks, Class of ’70; Debbie Lehmann Atkinson, Class of ’78; and Susan Giesler Daniels, Class of ’90. Membership is limited to people who grew up in Los Alamos.