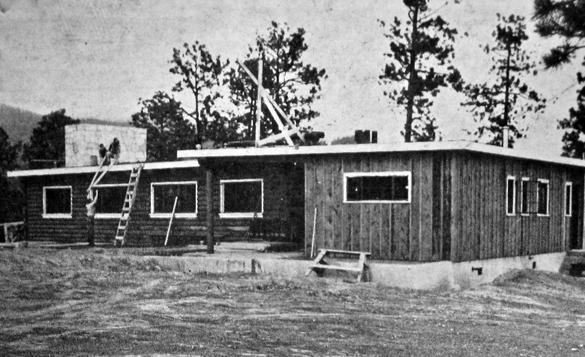 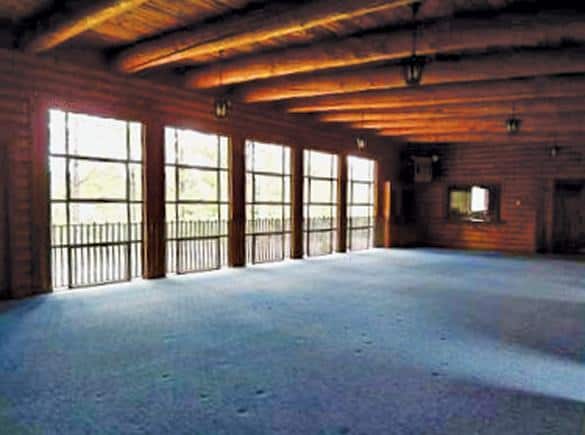 Many people drive along Canyon Road each day and never realize that a Los Alamos treasure is hidden by trees along the edge of Pueblo Canyon. Passersby get only a glimpse of the old Boy Scout Lodge behind the pines.

The building has been described as “charming and rustic.” It is that and much more. For many people who grew up in Los Alamos after World War II and through the 1960s, the Scout Lodge holds an array of memories.

The Boy Scout Lodge opened in 1948, built by the McKee Company as part of a contract that included additions to Fuller Lodge and construction of the new main gate. At that time, the Atomic Energy Commission owned the land and the building, but when the AEC transferred ownership of the town, the title for the Scout Lodge was turned over to the Scout Council of New Mexico. In 1968, it was sold as private property, but by then the years of community use had created wonderful memories for Scouts and Los Alamos residents alike.

Peter Wallis remembers troop meetings in the Lodge as early as 1951, and Jim Van Hecke and Relf Price know the building as the place where their Air Explorer Squadron 99 meetings were held. Monthly Boards of Review for Scout Advancement are recalled as are the years of Christmas tree sales when almost everyone in town bought their trees from the Scouts. The parking area at the Scout Lodge turned into the local Christmas Tree Lot. Ted Emigh looks back on winter days when “we would go up into the Valle in early December, cut trees on National Forest land, load them up in the Post truck, and bring them back to the Boy Scout Lodge to sell.” Gerry Strickfaden adds that he hauled the trees up from the basement where they were stored, and it “was really cold down there!”

It wasn’t always Boy Scouts who used the Lodge and its outdoor setting. Sandra Watt Haak adds to the history, saying, “I was not a Boy Scout, but I was a Senior Girl Scout from 1962 to 1966. We Girl Scouts attended several meetings there, and we borrowed the Post bus for outings.” She remembers being impressed by the building “because it wasn’t an old Sundt repurposed.”

The first use of the property by girls was mentioned in the Los Alamos News in September of 1950, when that paper reported, “For the first time in Los Alamos a Girl Scout Campfire Rally will be held Friday between 7:30 and 8:30 at the new Scout Council Ring back of the Boy Scout Lodge on Canyon Road. The ring has recently been completed by Boy Scout leaders under the direction of Captain Albro Rile, Boy Scout Commissioner, and will be used by both Boy and Girl Scouts throughout the year.”

Charles Nader and his wife had their wedding reception in the Scout Lodge in June 1960. Through the years, announcements for events at the Scout Lodge were commonplace in the early newspapers on the Hill.

David Emigh recalls meetings of the Civil Air Patrol, and David Bergstein, a member of Explorer Post 20, tells of “countless days repairing old rafts in the main room, many dances with music provided by Zeb and the Zebstones, and nights prepping gallons of chile for our food concession at the ski hill.”

Dances like Emigh recalls were held often at the Scout Lodge, and Tom Cromer smiles as he remembers what happened at one of them. The dance included a contest, and, he says, “I caused my partner the embarrassment of being the first pair pulled out!”

There were fun and meaningful times in the old Scout Lodge, and no matter which memories stand out, there are many people still connected to that historic wooden building hidden by trees on the edge of a canyon.