Snodgrass: Economic Development – All Of The Above And More 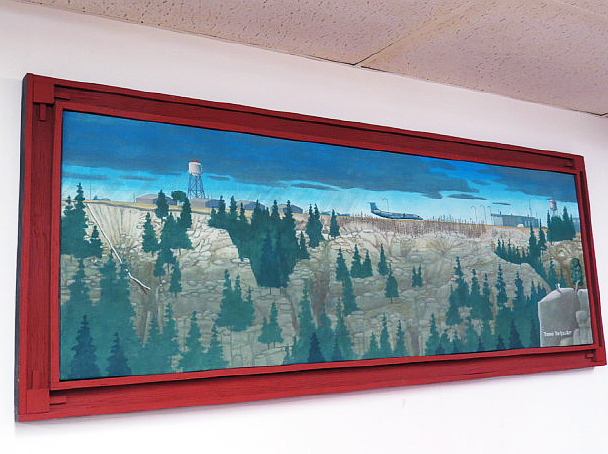 When thinking about the crisis of inequality in the United States, one doesn’t have to go very far out of Los Alamos to get some striking contrasts.

Kathy Keith, executive director of the Regional Development Corporation, summed up the overall situation in Northern New Mexico in a single sentence at a recent presentation at Buffalo Thunder Resort and Casino in Pojoaque. “Without Los Alamos, we would have a poverty rate lower than Appalachia.”

That’s an enormous challenge to reckon with, especially considering the disadvantages that are baked in across generations and decades. On a state level, while much of the rest of the country was able to report a slight improvement in the poverty rate from 2006 to last September, New Mexico came in at a poverty level of 21.9, second only to Mississippi. Los Alamos County’s poverty rate, by the way, was an unsurprising 4.4 percent for 2009-2013. Adjacent Rio Arriba County’s percentage for the same period was 21.2.

Economic goals include raising the median wage, developing new businesses and retaining companies that contribute to the economic and cultural diversity of the area.

During the meeting, a member of the audience asked Keith, if she had a magic wand, how much money RDC needed to hit the “pivot point.”

“We have that conversation a lot,” Keith said. Of the 60 proposals on the table in a current round, only four of them were funded, which left a lot of jobs on the table. “We think we need to build a fund of about $5 million,” she added. “We don’t have nearly that size of funding, so our total awards this year were $144,000.”

This is another of the huge discrepancies RDC faces constantly, so it was heartening to hear a few dozen current success stories from the project specialists, who helped companies get out of a pickle or found a friendly business willing to share tips with a startup in another area.

Carla Rachkowski manages a program that focuses on graduating technical career students. Among many other achievements, she funded a mentoring program that paid for 42 student mentorships. Jason Pfeifer advised the audience to do some networking. “Take the time and meet someone new,” he said. “It’s one of the highest indicators of success.”

When it came time for the networking after the meeting, the room was buzzing with business conversations.

Kathryn Fulton, a community specialist at Smith’s Marketplace in Los Alamos, happened to mention that Smith’s is starting a new hiring drive in the county. A rush to fill 300 positions when the superstore opened last year has not kept pace with turnover. Fulton said the company’s public relations person in Utah had suggested that someone from the local store attend this meeting.

After the presentations, she was surrounded by helpful advice, not only from the RDC, but also, among others, Greg Fisher, the county’s economic vitality administrator, Grace Willerton, a career development facilitator at UNM-LA, and Eunice Salazar.

Fulton described employment difficulties from the employee’s point of view, including the well-known problem that Los Alamos National Laboratory has such good jobs, that relatively low-wage retail jobs, which often require commuting from outside the county, are hard to fill and hard to retain.

“We had a kid come in with a suit and tie the other day, and I almost fell down and kissed his feet.” Fulton was sure his mother told him how to dress for a job interview. “And I think he was overwhelmed because everyone of us walked by and said, ‘You look nice today. Thank you for coming in today. We’ve got to get that kid a job.”

There are a lot of young people who need jobs in our region, and young adults, too, people recovering from mid-life shocks and economic disasters and seniors caught short in the changing currents of a retirement riptide.

One conclusion is fairly easy to draw. Despite all the efforts, many of them truly inspiring, we need all of the above. And then some. And judging by the huge shortfall we can see from here, a whole lot more.