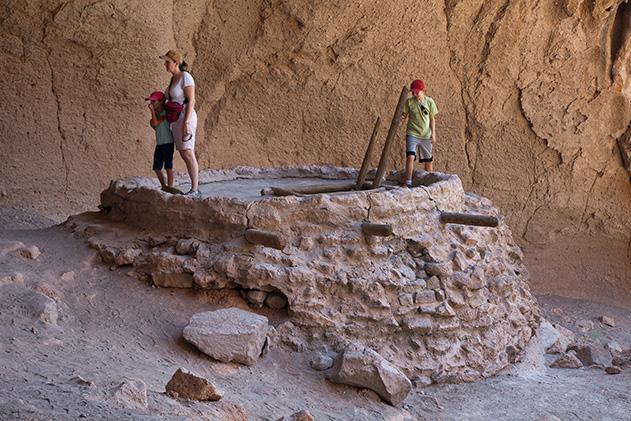 Los Alamos comes in number 8 of the 20 Best Small Towns to Visit in 2013, according to Smithsonian magazine.

In its April 2013 edition, the magazine states:

“What makes a small town big on culture? For the second year running, we sought a statistical answer to this question by asking the geographic information company Esri to search its databases for small towns and cities—this time, with populations of less than 15,000—that have exceptional concentrations of museums, art galleries, orchestras, theaters, historic sites and other cultural blessings.

‘Happily, the top towns also boast heartwarming settings where the air is a little fresher, the grass greener, the pace gentler than in metropolitan America. Generally, they’re devoted to preserving their historic centers, encouraging talent and supporting careful economic growth. There’s usually an institution of higher learning, too.

‘Most important are the people, unpretentious people with small-town values and high cultural expectations—not a bad recipe for society at large.

What the magazine says about Los Alamos (by Susan Spano):

Scientists in Los Alamos raced to design and fabricate nuclear bombs, detonated over Nagasaki and Hiroshima, Japan, a scant month after they were tested, bringing World War II to a summary end. The drama, secrecy and moral implications of the Manhattan Project, as it was called, are of such enduring significance that Congress is expected to debate creating a national park in Los Alamos to conserve sites related to atomic bomb development.

As you approach town on stepped plateaus that climb to the Jemez Mountains and look east over the Rio Grande Valley, it’s clear why the physicist J. Robert Oppenheimer convinced the U.S. Army to locate the Manhattan Project in remote Los Alamos.

“He wanted grand vistas to inspire scientists, and they did,” said Heather McClenahan, executive director of the Los Alamos Historical Society, which offers lectures on subjects as diverse as modern Nagasaki and hiking trails in Bandelier National Monument.

It was Manhattan Project alumni who created the Bradbury Science Museum, telling the social and scientific history of the great undertaking. (The Manhattan Project would give rise to Los Alamos National Laboratory.)

Oppenheimer’s career went aground during the McCarthy era, but his brilliant, cultivated spirit still fosters a rich symbiosis of science and the arts in Los Alamos, which has two dance companies, a symphony orchestra and a community theater. Its calendar features art fairs and farmers markets, along with the popular Next Big Idea: Festival of Discovery, Invention and Innovation, which sponsors an international science- and math-based art contest.

The spectacular setting that inspired Oppenheimer is perhaps the crowning glory. Cached on the 7,500-foot Pajarito Plateau amid ranch lands and pine forests—lately threatened by two major wildfires—Los Alamos is in easy reach of skiing and hiking, ancient Pueblo dwellings at Bandelier National Monument and Georgia O’Keeffe’s house in Abiquiu.