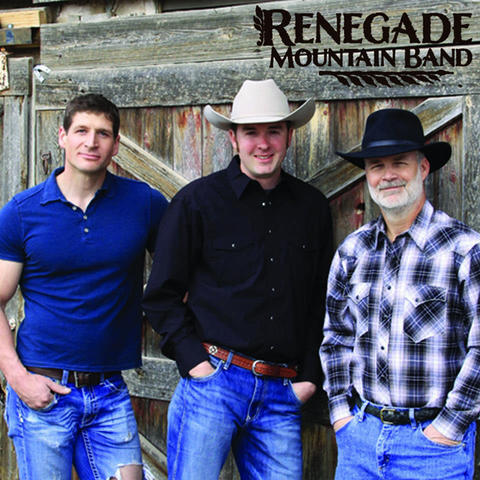 Smith’s Food and Drug is sponsoring live music at the 2013 Los Alamos County Fair and Rodeo at Ashley Pond Park. The store is sponsoring an appearance by the Renegade Mountain Band from 11 a.m.-3 p.m. next Saturday, Aug. 10.

The Renegade Mountain Band (RMB) is a northern New Mexico country band that specializes in representations of classic country artists such as Willie Nelson and Waylon Jennings, up-tempo interpretations of dance classics like those performed by Dwight Yokum and Brooks & Dunn, and original country rock.

RMB consists of Los Alamos hometown boys James Carothers, who sings lead vocals and plays guitar, David Hemsing (vocals, bass), and Trent McCuistian (drums). Dean Rimmer of Albuquerque and formerly a professional musician in Austin, Texas, will be joining them on steel guitar and banjo for the fair performance.

The band has played local venues, including the Pajarito Brew Pub and Grill and Los Ojos in Jemez Springs, and recently were fan favorites and finalists in the Country Cares Competition to open for country music star Clint Black in Albuquerque.

RMB will be recording some original music at Frogville Studios in Santa Fe during the month of August. To listen to RMB and for a list of their upcoming events, visit their Facebook page at https://www.facebook.com/pages/Renegade-Mountain-Band/336449773126607?ref=hl

“I was hoping to be able to host a booth at the County Fair this year to talk to the future customers of the Smith’s Marketplace,” said Marsha Gilford, public affairs vice-president for Smith’s/Kroger. “Providing entertainment that the community has come to expect at this event is a great opportunity for Smith’s to contribute—and the next best thing to being there.”

Completion of the Trinity Site Revitalization Project is one of the County’s top economic goals, intended to promote economic diversity, increase jobs and bring additional shopping opportunities and amenities to the Los Alamos community, said Kelly Stewart, marketing specialist for Los Alamos County Department of Community and Economic Development. Los Alamos Public Schools is set to benefit from income derived from the lease on the land, she said.

Starting June 28, Smith’s/Kroger officially began the initial development phase, including construction of the anchor building (Smith’s Marketplace), at least one other tenant of approximately 10,500 square feet, all parking and other site work, Stewart said. This phase also signifies the beginning of annual rent payments of $120,000 by Smith’s/Kroger to the County and LAPS.

Smith’s/Kroger’s $23 million investment in the development of a flagship store in Los Alamos is the first of its kind in the nation, Stewart said.

To view the NEW Los Alamos County Fair & Rodeo interactive booklet for all Fair and Rodeo information, go to www.losalamosnm.us/rec/Programs/Pages/CountyFairRodeo.

For information updates on the Trinity Site Revitalization Project, go to www.losalamosnm.us/projects/trinitysiteinfo.