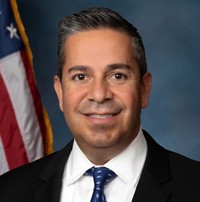 This legislation will prevent future leasing and development of oil, gas, and minerals on federal lands that are located within a 10-mile buffer zone around the park. This proposed Chaco Protection Zone will preserve the ancestral sites and cultural patrimony within Chaco Canyon and the surrounding landscape.

Recently, the Biden administration has moved forward with an Administrative Withdrawal of the 10-mile buffer zone. This legislation would provide urgently needed permanent protections by banning oil, gas, and mineral development on federal lands in the Greater Chaco Region. Additionally, this legislation would codify protections for private, state, and Tribal entities, including Navajo allottees, ensuring that existing rights are preserved as the area is protected.

“Since I was elected, protecting Chaco Canyon’s precious environmental and cultural resources has been my top priority. After leading a successful effort to pass my legislation in the House, I’m proud to reintroduce legislation in the Senate to continue those efforts to preserve this sacred landscape that has been the center of so much history and heritage for Pueblos and Tribes in New Mexico,” Luján said. “My team and I have continued meeting with all rights holders and local groups and listening to the surrounding communities impacted. With such important historical and cultural significance, my legislation ensures the Greater Chaco Region will be permanently protected and preserved for generations to come.”

“Chaco Canyon is one of the most culturally significant landscapes on Earth and holds deep meaning for Tribes, Pueblos, and communities in northern New Mexico. I am grateful for all of the New Mexicans who have worked to preserve the integrity of the Chaco Canyon landscape. I’m proud to once again cosponsor this legislation to permanently protect the critical cultural sites and the sacred landscape of the greater Chaco region for future generations,” Heinrich said.

“Simply put, Chaco Canyon and the Greater Chaco region are special, especially for the many Indian Tribes and Pueblos that revere and hold it sacred. From the multi-story buildings that are still standing to the many roads and communication sites that are still visible, these lands’ cultural resources and history are irreplaceable. I am introducing the Chaco Cultural Heritage Area Protection Act so that we can further honor Chaco and ensure the federal lands located there are protected for generations to come. I have listened to Pueblo and Navajo leaders, Navajo allottees, and others about Chaco and I will continue to listen with an open heart,” Leger Fernández said.

“For decades, Pueblo and Tribal leaders have fought to protect the sacred and ancestral lands of Chaco Canyon,” Stansbury said. “Last year’s decision by Secretary Deb Haaland and the Biden Administration to begin consultations on protecting Chaco Canyon from resource extraction was a watershed moment in these efforts. Today, I am proud to join Tribal leaders and the New Mexico delegation in introducing legislation to protect these sacred lands and sites for generations to come by permanently protecting the Greater Chaco Canyon region.”

“Chaco Canyon and the significant structures and sacred landscape spreading throughout the Greater Chaco Region have existed for thousands of years,” said Chairman Mark Mitchell of the All-Pueblo Council of Governors. “The Great Houses and Kivas serve as an example to the world of the vast traditional knowledge Indigenous peoples held in the past and currently maintain in the present. Those structures are the footprints of our ancestors, and they continue to keep us grounded in who we are today. The All-Pueblo Council of Governors and member Pueblos have long advocated for protection of our traditional ecological knowledge, and, with the introduction of this bill, we have an opportunity to maintain our traditions, languages, and cultures. We thank Sen. Luján and Congresswoman Leger Fernandez as well as Sen. Heinrich and Congresswoman Stansbury for serving as our Congressional champions, and we look forward to working with Congress to make this law.”

Located in Northwestern New Mexico, the Greater Chaco Landscape is a region of great cultural, spiritual, and historical significance to many Pueblos and Tribes and containing thousands of artifacts that date back more than one thousand years. Chaco cultural sites were listed as a UNESCO World Heritage Site in 1987 and are one of only 24 such sites in the United States.