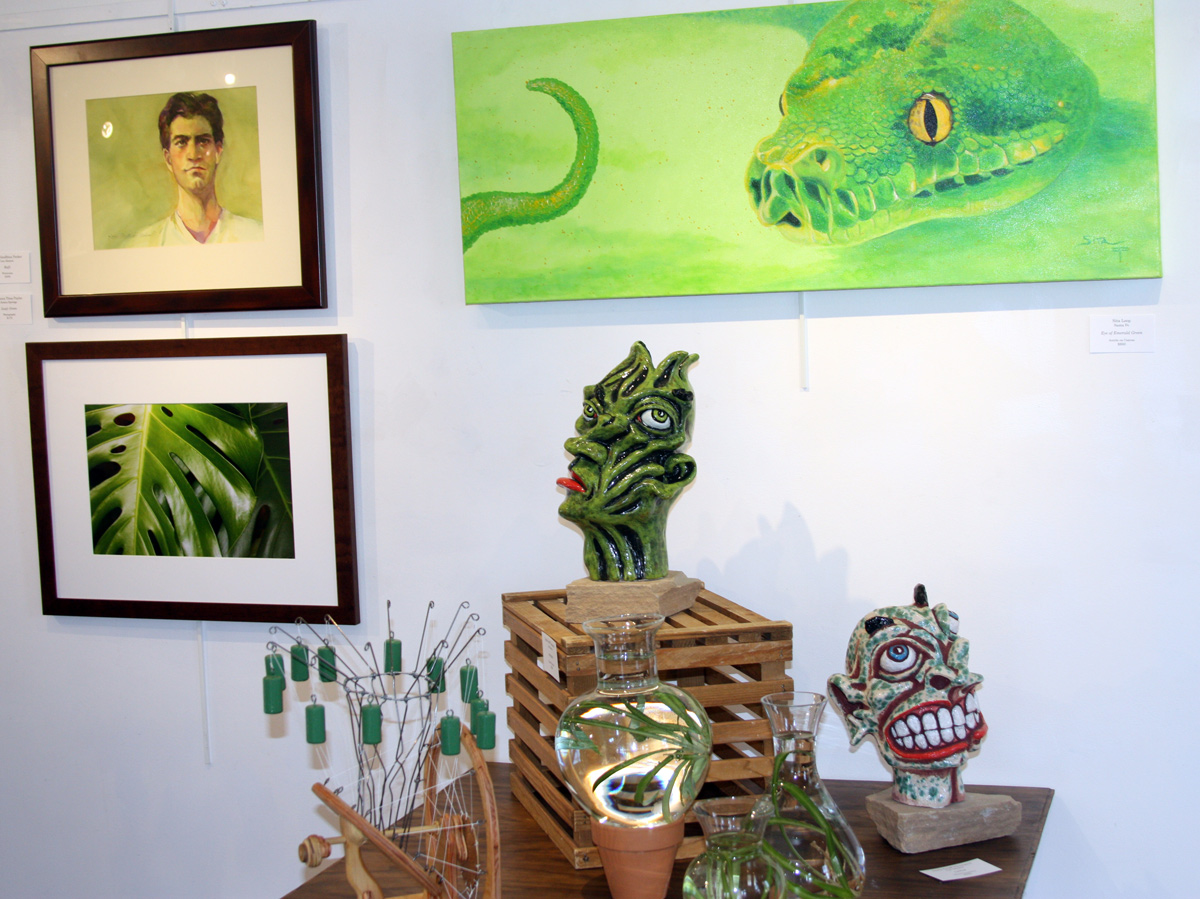 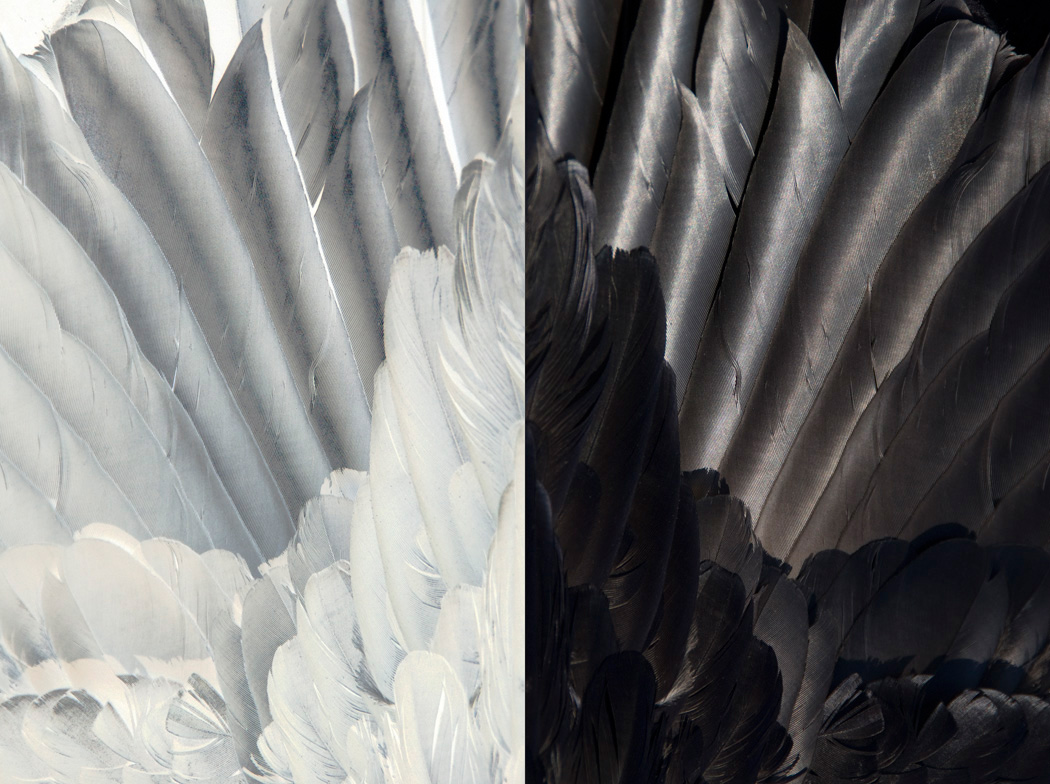 Two new shows open with a reception from 5-7 p.m. tonight.at the Fuller Lodge Art Center. In the Main Gallery is the Center ‘s latest themed exhibit, “It’s Not Easy Being Green.” Some artists took off from the color green in all its variations, while others took an ecological approach to being “green,” using recycled materials.

“When we had the blue themed show, it was hard to get the various blues grouped in a pleasing way, but the greens want to be together,” Center Director Ken Nebel said.

The show ushers in spring with both the idea of growing things and the idea of spring cleaning-gathering up items that might by themselves be trash and making them into something new and beautiful.

The two shows continue through April 26.

This unique collaboration between artists working on similar themes in two very different media owes much of its success to a shared context. Sometimes the work portrays the New Mexico landscape. Other times the theme is spiritual, but all of the pieces in the show are deeply rooted in New Mexico. The two paired works of art seem to be having a conversation about how to see an experience, a landscape or an idea.

Wright and Walker have been friends for many years. The two did another theme-paired show in Cortez, Colo., in July 2013.it was such a success that they decided to repeat the collaboration with new work that was tied to New Mexico for a show here.

The pairings are what make this show so interesting for the gallery visitor. For example, Wright’s “Crow Mother Weaves the Cosmos,” shows a figure from Native American myth rising from a kiva. It’s paired with “Shifting Shape,” a photograph of wings, one black and one white. The two pieces play off each other and build on a theme, presenting a similar idea in different ways that resonate with each other and take the gallery visitor farther than either would alone.

Wright lived near Youngsville and Coyote, N.M. for eight years In 2007 she moved to Mancos, Colo., near Mesa Verde. She has exhibited at Mesa Verde for five years and was Artist in Residence there in October 2012. She now coordinates the art programs at Mesa Verde. Visit her online at butterflyvisions.com.

Wright has exhibited her paintings in Austin, Texas and Salt Lake City and now has paintings in the Salt Lake County Arts Collection, CEU Price Museum and Wells Fargo in St. George, Utah, as well as individual collections throughout the country and internationally.

Walker has left the darkroom and moved to digital photography, but her work continues to be about layering. Using multiple images, Walker composes photographs that reveal their secrets only after carful viewing. Ideas are very much a part of her work and one often finds symbolic meaning in her photographs, although what they symbolize is a dance between artist and viewer.

Walker has displayed in more than 100 exhibitions around the country, receiving numerous honors and awards. She owned KiP Gallery in Santa Fe in the 1990s. Her work can be seen at www.KiPGallery.com. 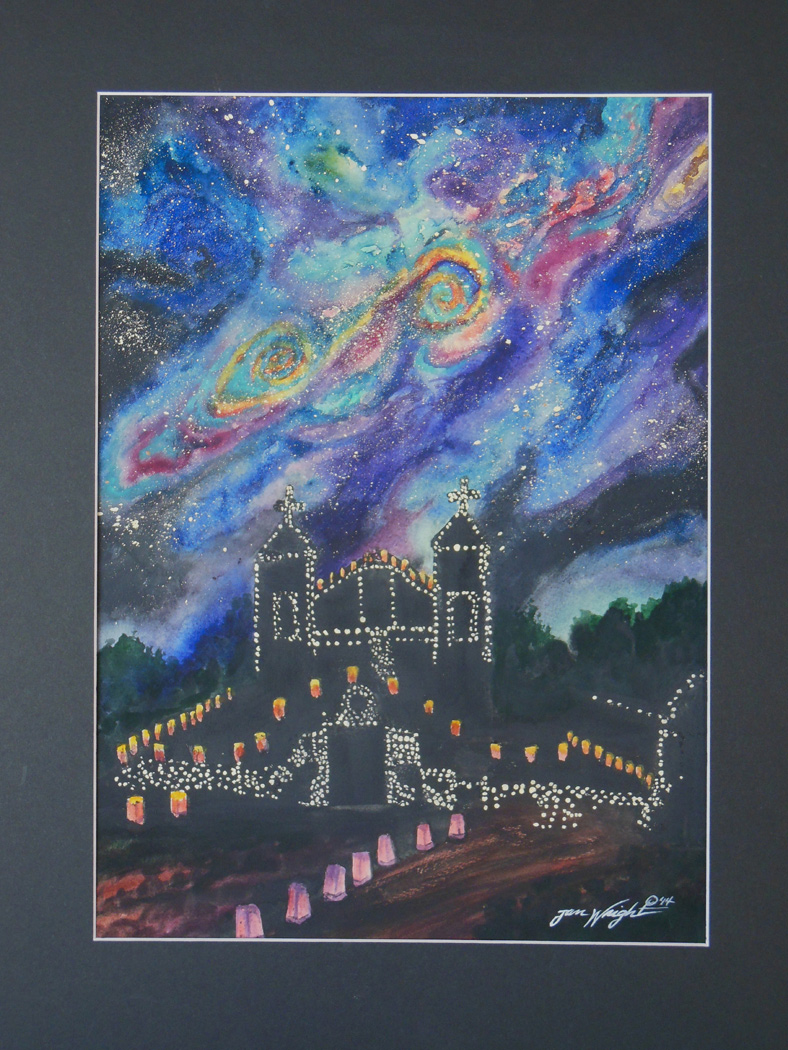