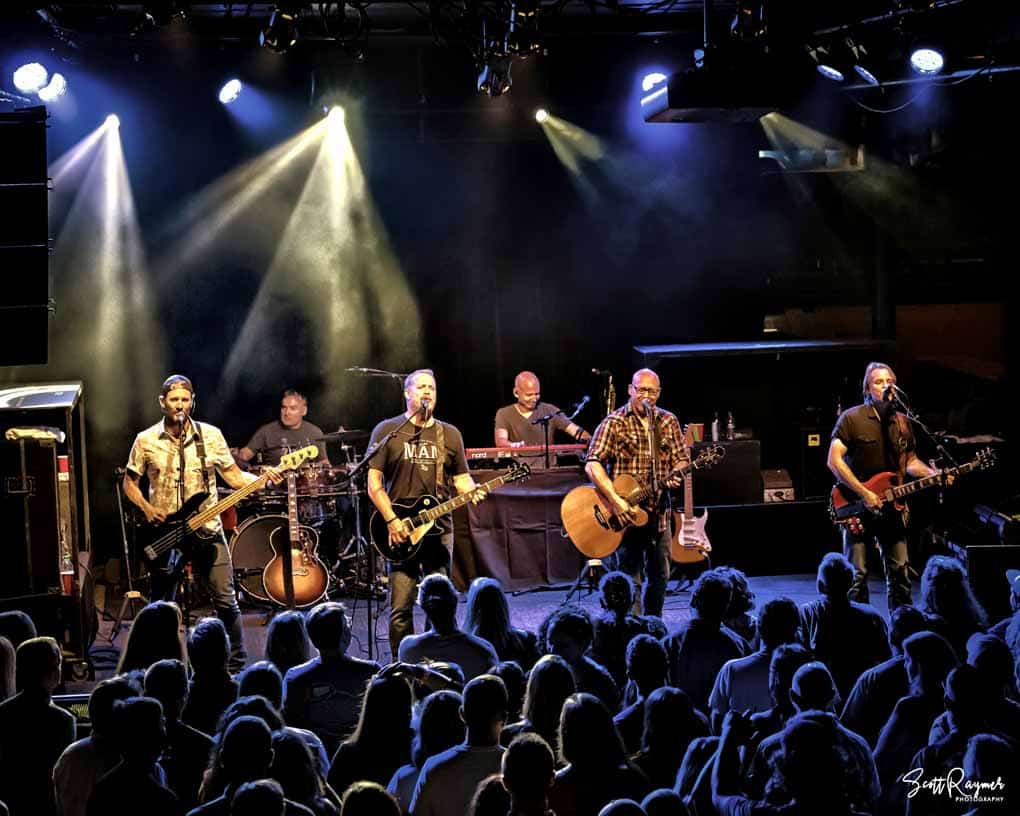 This Friday, June 24 at 6 p.m., Sister Hazel will perform at the Los Alamos Summer Concert Series presented by Toyota of Santa Fe.

Originating from Gainesville, Fla., Sister Hazel is comprised of five gifted, seasoned musicians whose well-spring of natural talent has been called  “one of the Top 100 Most Influential Independent Performers of the last 15 years “ by Performing Songwriter magazine.

The song All for You, topped the adult alternative charts during the summer of 1997 and the success propelled their album to platinum status. Since then, the band has become firmly established not only in rock and alternative music, but now in country with four back-to-back Billboard Top Country Album Chart entries.

Living up to their fan-centered reputation, the band was a pioneer in the themed cruise industry by co-founding “The Rock Boat” and annually hosts events like the “Hazelnut Hang” and “Camp Hazelnut “, which focuses on creating unique experiences and interacting with the fans. Sister Hazel has been equally attentive to connecting with their audience through social media having amassed over a million social followers. In addition to the events and touring, the band also gives back with “Lyrics for Life”. Founded by singer Ken Block, the charity unites musicians and celebrities for concerts and auctions to benefit cancer research and patient-care charities. For more information about Sister Hazel visit their website, www.sisterhazel.com

“We are so excited to team up with our business partners to bring Sister Hazel to the Los Alamos Summer Concert Series presented by Toyota of Santa Fe this summer,” said Jason Pike, Senior Loan Officer with Waterstone Mortgage. “RE/MAX First Los Alamos is honored to be a part of the sponsor group who is bringing these talented musicians to our community’s family friendly concert series. Get ready to rock out Los Alamos!” said Chris Ortega, qualifying broker and owner with RE/MAX First.

Opening for Sister Hazel is the Dust City Opera. The band materialized out of Albuquerque, but they might as well have slipped through some intergalactic portal or stowed away on a derelict spacecraft before crashlanding in the desert. These six musicians entwine strands of grunge, gothic country, punk, folk, and rock as the soundtrack to stories steeped in cosmic horror, transformation, and transcendence. For more information about the band visit www.dustcityopera.com.

The Los Alamos Summer Concert Series presented by Toyota of Santa Fe runs every Friday at Ashley Pond Park through Aug. 26. For a full listing of concert performances, sponsors and venue information, check out the website LosAlamosSummerConcertSeries.com and watch the Official 2022 Series Promo Video, which profiles the 2022 lineup made possible by incredible sponsors and community supporters. Or watch the video on the Summer Concert Series YouTube Channel. Check out the @LosAlamosSummerConcertSeries Facebook Page.

The Los Alamos Summer Concert Series is presented by Toyota of Santa Fe and produced by the Los Alamos County Community Services Department and Sancre Productions.