Simpler Way To Estimate Feedback Between Permafrost Carbon And Climate 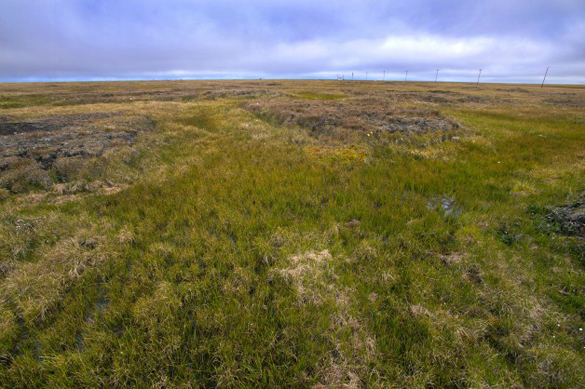 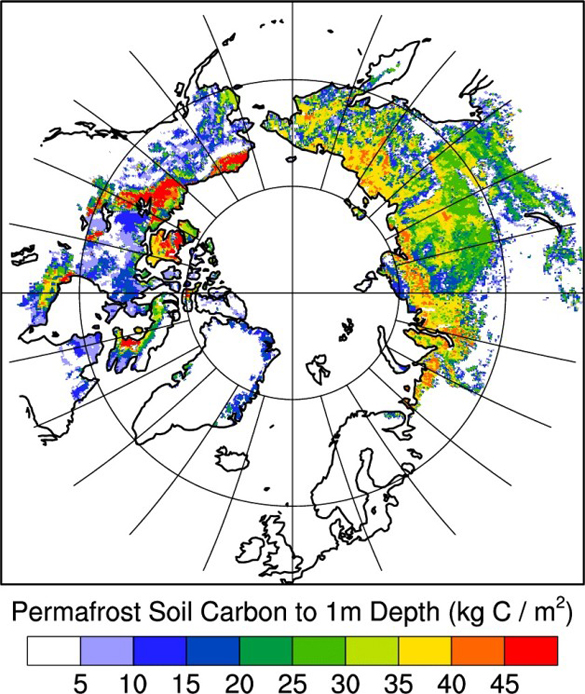 Courtesy/Berkeley Lab
Their approach takes into account recently developed soil carbon maps that identify the distribution and type of carbon in permafrost soils in Alaska, Canada, and Russia.
It also includes a meta-analysis of several lab studies in which permafrost was held at a constant above-freezing temperature for months or even years. These incubation experiments quantify the rates of carbon lost due to permafrost thaw.
A third component is a meta-analysis of soil thermal models that track soil dynamics in response to climate warming. These models account for the effects of melting snow, freezing and thawing of soils, and differences in soil thermal properties, to name a few phenomena.
The scientists ran their simplified model under two scenarios. In one scenario, fossil fuel emissions begin to curb dramatically by the middle of this century and the global temperature increases 1.8 degrees Celsius.
In the other scenario, fossil fuel emissions continue at current rates unchecked and the global temperature increases 3.4 degrees Celsius.
They averaged the results from the two scenarios, and found that for every one degree Celsius of global warming, the amount of permafrost carbon that enters the atmosphere is equivalent to 1.5 years of global carbon dioxide emissions.
“We found for a given amount of warming, there is an extra amount of carbon released, which would lead to further warming—in other words, a feedback loop,” Koven said.
Koven notes that their approach doesn’t include many important processes that may increase or mitigate carbon release from permafrost soils.
“But the beauty of simple models is they are very easy to understand. We know exactly what goes into this,” Koven adds. “The processes responsible for permafrost carbon-climate feedback have not been well represented in many models, and our approach is a way to start. It serves as a data-constrained estimate on the large-scale permafrost carbon response to warming.”
The research was funded partly by the Department of Energy’s Office of Science.
Menu
Los Alamos
45°
Fair
6:58am4:51pm MST
Feels like: 41°F
Wind: 5mph NNW
Humidity: 25%
Pressure: 30.33"Hg
UV index: 0
ThuFriSat
59/36°F
57/36°F
55/32°F
Weather forecast Los Alamos, New Mexico ▸