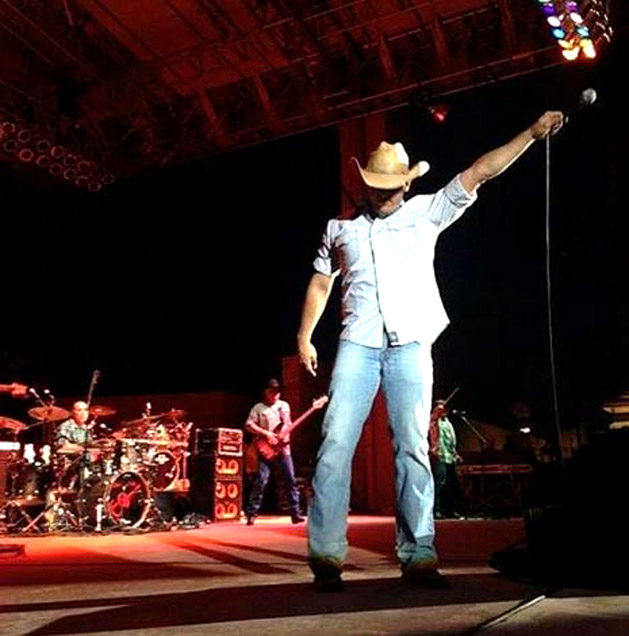 Sim Balkey will take the stage in the second live concert back at Ashley Pond in the 2021 Los Alamos Summer Concert Series, presented by Toyota of Santa Fe and produced by Sancre Productions and Los Alamos County.

A rising star in New Mexico, Sim Balkey is a musical genius when it comes to telling stories through melody and lyric. Drawing vocal inspiration from the likes of Justin Moore and Gary Allen, he’s created his own sound, putting a modern twist on traditional country music that he describes as “George Strait vocals over an Eric Church track.”

In 2015, Balkey released his second studio album, with first single “How ‘Bout We Do That Tonight” quickly rising on the Top 100 Texas Chart. Since the release, he has toured all over the Midwest and southwest, at times finding himself playing shows alongside country music stars like Eric Church, Chris Young, and others, as well as performing at Nashville’s iconic Bluebird Cafe. Balkey is writing and recording for his third studio album, which is scheduled for release this summer. For more information about the band visit www.simbalkey.com.

All remaining concerts in the 2021 series will include robust food vendor offerings, poured and packaged alcohol in the NM Craft Beverage Garden by Santa Fe Spirits, exciting opening bands, youth music performances, a Community Partners tabling area, and all new 2021 Toyota of Santa Fe cars, trucks and SUVs at the concert exhibit pad near the Justice Center.

This Friday’s concert is sponsored by RayLee Homes and Title Guaranty who also sponsored the 2020 Sim Balkey virtual concert during the 2020 Los Alamos Virtual Concert Series. “Sponsors are the lifeblood of our concert series,” Sancre Productions Spokeswoman Monica Griego said. “We are honored to have the support of new business sponsors RayLee Homes and Title Guaranty who teamed up together to bring Sim Balkey to the 2021 Los Alamos Summer Concert Series lineup.” For more information about the sponsors visit: www.rayleehomes.com and www.titleguarantynm.com.

Connect with the concert series at: www.LosAlamosSummerConcertSeries.com.