‘Silent Sky’ Reaches For The Stars At LALT 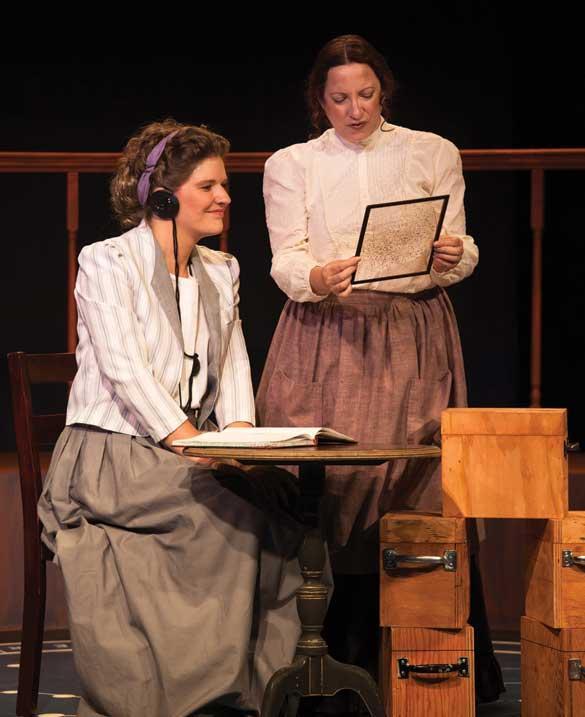 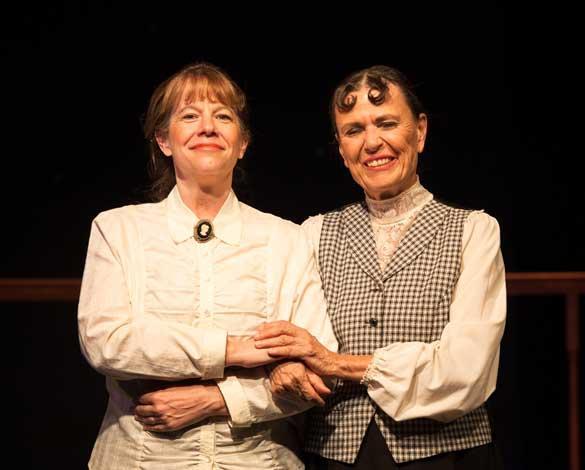 “Silent Sky” by Lauren Gunderson is about a subject well-suited to Los Alamos, women in science.

The play opened last weekend at Los Alamos Little Theatre and continues at 7:30 p.m. Fridays and Saturdays, through Sept. 29, with a matinee at 2 p.m. Sunday, Sept. 23, all at the Performing Arts Center at 1670 Nectar St.

It is 1900, and Henrietta has the opportunity to work at Harvard as a computer, one of Dr. Edward Pickering’s “harem”, mapping the stars but receiving no scientific credit. When Henrietta arrives, she is eager to use Harvard’s telescope – the Great Refractor – but is told that she will not be able to do any sort of astronomical discovery as she will only log the stars photographed by the men of the department. However, Henrietta makes the best of the situation and begins the process of recording the changes in Cepheid stars – a scientific discovery that has profound and lasting impact on the field of astronomy.

The story is fictionalized, but Leavitt, Cannon and Fleming were real women and their contributions to science are real. The play’s central focus is on the unique struggle of women in science to balance family and love with their passion for scientific discovery. The most meaningful part of the play for me was the camaraderie of the three women computers who support each other and keep each other going. This story of women as friends and colleges is too seldom told and as any woman can attest, very important.

The play was written in 2011 and no doubt reflects its author’s experiences in another male dominated profession, that of playwright.

Another important aspect of the play is Henrietta’s relationship with her sister Margaret (Jess Cullinan), who is struggling with home responsibilities, being a mother and her desire to be a composer. Of the five cast members, only one is male, Kevin Pelzel playing Henrietta’s love interest, Peter Shaw. This focus on positive relationships among women is refreshing. The sisters obviously love and respect each other.

This play is one of the best directed and best acted productions I’ve seen at LALT. Director John Cullinan once again displays his skill at making sure everyone is in the best possible place at the best possible time, giving their best possible performance. Cullinan also is responsible for the great set design. Lighting is extremely important in this play and I want to be sure to give a shout out to Cullinan himself, Nora Cullinan and Ken Milder who handle the lights ably.

If Katrina Koehler ever wants to give up being a physicist, she could always have a career on the stage, because she’s really, really good, and not just at playing scientists (I’ve seen her in a number of roles) but no doubt it helped in this one. Her Henrietta is driven, funny, quirky and warm, all at once. The genuineness just shines from Koehler in this role.

Jess Cullinan is equally wonderful as sister Margaret. She’s never a stereotype, nor does she seem at all weak because her choices are different from Henrietta’s. She manages a mix of exasperation and genuine affection that creates a real bond between the sisters on stage. I was really disappointed to find out Margaret is fictional, because she is so real on stage. The use of beautiful music by women composers as the basis for Margaret’s fictional symphony is a wonderful touch. Cullinan also brings her musical talents to the role to wonderful effect.

Also terrific are  Bishoffberger and Collins as Henrietta’s colleges Annie and Williamina. I just wanted more and more of both of them. They brought such life to the characters they felt like MY friends as well as Henrietta’s. I’d gush on, but this is getting too long and I want to make sure to say that Pelzel as Peter is likewise great. Having to stand in for every man in Henrietta’s life is some task and he steps right up. This is not to say that Peter is not extremely individual and very much himself. This cast rocks and no mistake.

So get to LALT and see this play. You won’t regret it.