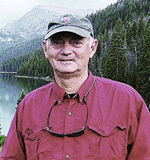 The New Mexico Public Regulation Commission decided Wednesday on PNM’s request for an increase to electric rates. Below is the statement on the decision from Sierra Club Rio Grande Chapter Chair David Coss:

While PNM got its way on making consumers pay for its poor decision to reinvest in coal, the commission prevented PNM from punishing ratepayers with significantly higher service fees, and we customers won’t have to foot the bill for the company’s unnecessary San Juan Generating Station expenses.

The positives: PNM wasn’t allowed to saddle customers with the $53 million bill for the unnecessary equipment it installed at San Juan Generating Station. The “balanced draft” equipment was not required by either the Environment Department or the EPA and is of dubious environmental value. If PNM got its way, its shareholders would have earned a rate of return at consumers’ expense, and millions would have been added to the expense of transitioning from coal to clean energy.

And the commission refused PNM’s request to raise our monthly service fees from $5 to $13. Base fees like service charges hurt low-income customers the most, because no matter how little electricity they use, they always have to pay that amount. High fees also punish energy-efficient residents, who see little reward for saving energy. And high service fees discourage residential solar by making the return on investment lower. We would have preferred the fee stay at $5, but $7 is much better than the alternative.

On the negative side, the commission allowed PNM to charge consumers for its ill-advised decisions at Four Corners Power Plant. PNM extended its ownership in the plant and signed a contract to pay for coal from the plant’s mine for decades — even if it isn’t used. PNM didn’t get commission approval before it committed us to this dirty energy source for years to come, and we shouldn’t have to pay for executives’ poor decision-making.

The commission also denied a PNM pilot program (“revenue-balancing accounts”) that would have encouraged energy efficiency and rooftop solar while keeping rates steady. This type of program, also called decoupling, has worked well in other states, increasing energy efficiency and keeping rates reasonable. We believe the hearing examiner and general counsel misunderstood  some aspects of the program.