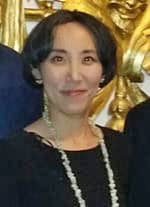 Earlier this year, Councilor Chris Chandler told us that what the voters would decide in the REC Bond election, would become the “Council’s marching orders.”

So I ask, was a $5 million or a $7 million kiddie pool the voters’ “marching orders”? A $5 million pool was questionable. But $7 million? Citizens voiced their opinions and made their voices heard on May 23, 2017. We had hoped that our County Council would vote on what the majority wanted. Democracy in action. Apparently, that was asking too much.

A $7 million kiddie pool means new, excessive and perpetual operations and maintenance losses that will inevitably result in higher taxes. I have repeatedly proposed alternative means of expanding our Aquatic Center, in a fiscally responsible and sustainable way. If we deplete all of our CIP funds, what about the infrastructure for new housing? What about our roads and emergencies that may arise with our existing facilities?

The Council should wait for the LANL contract to be awarded in April 2018, before engaging in capital projects beyond our means. Throughout my campaign against the REC Bond, I was told not to worry about the potential loss of GRT revenues. Yet, just last week, Council Chair Israelevitz expressed “grave concern” regarding the situation. Can we really demand that our state legislature further complicate the tax code and tax a non-profit entity to keep our cash cow? I don’t think so. If we lose $34 million/year in GRT revenues, we will need to adjust our budget and our spending accordingly.

Let’s vote in a new County Council for 2018 that will be accountable, responsible, prudent, and wise with American tax dollars and our public resources.