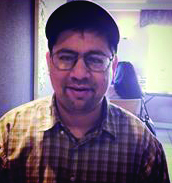 I walked into the Carinos de Los Ninos Charter School campus a few days after the start of a new school year, and the little school that could was still plugging along, albeit still grappling with putting things in order in their new home in  Epañola  at the former  Epañola School District administration building.

Administrator Bernice Life was sitting in her office, but took time to show me around the renovated school. Department offices had been converted to classroom spaces for the 105 enrolled k-8 students, and fresh painted walls brought some color to the previously drab interiors. Teachers were busy with the school’s daily dual language instruction.

This  Epañola based Charter school is atypical of what people think of when they envision a charter. In fact, most people have a total misconception about these schools, they think there is an air of exclusivity, or that their academic performance by virtue of their lower enrollment or their specialized curriculum, makes them somehow superior, the truth may surprise some.

A study by the state’s Legislative Finance Committee released earlier this year showed 102 state charter schools served approximately 22,000 students last year. Yet, even though the state spends more per student on charters ($8,663 per student versus $7,597 in Fiscal Year 2015 according to the report) the academic results are not that much better for charters in comparison to their traditional counterparts.

The concern then, as now, is that the since charters are authorized independently of the state’s budget, where State Equalization guarantee distribution (SEG) funds account for more than 90 percent of school districts’ operational revenue, after 15 years of rapid growth, according to the committee report, charters have been the beneficiaries of nearly half of all fiscal increases, but taxpayers may not be getting their money’s worth.

Even though charters serve approximately seven percent of the state’s student population and make up 11 percent of all public schools statewide; they received 46 percent of funding increases over the past seven years with mixed performance results.

A key finding made by the committee is that there is little difference between student achievement between charters and traditional public schools. Moreover, state officials found the charters of poorly performing charter schools are rarely revoked and high performing charters do not share best practices with district schools.

All one needs to look at for a regional comparison is to research the performance of the local charters here in the Espanola Valley region. The Department of Education released state grades for schools last week and McCurdy Charter School, one of the largest charters in the state with a capacity for 584 enrolled students serving both elementary and secondary students, maintained a C grade from a year ago.

Critics could make a solid case that the state’s Public Education Commission, the body which governs charter school charters, maybe have been too lenient on the school, giving them ample extensions and time to fix deficiencies in their aging campus infrastructure and in their finance Board, which was only recently reinstated.

Carinos Charter’s overall grade dropped from a C last year to an F in 2016, but I blame most of their academic woes to a prolonged legal battle with the Epañola School District which resulted in school staff concurrently trying to continue their curriculum goals while also searching for a permanent home. Their displacement to the community of Cordova resulted in a loss of more than half their enrollment.

Their survival will depend on whether enrollment can be beefed up, but this can only be accomplished with a reinvigorated commitment to academics. There are those who think their existence diminishes district schools in the area, rather than enhancing overall educational opportunities.

In sum, public schools in our region may not be perfect, they certainly have their issues and problems, some which have been self-inflicted, but although local charters are a good alternative, both state chartered and locally chartered, while serving a lower percentage of Hispanic, economically disadvantaged, and English language learners, only slightly outperform district schools on standard based scores, while costing the state $190 million last year.

This does not even count the virtual schools, of which there are a few already established in the state, but which education officials admit are in dire need of developing new funding formulas and accountability structures. Expansion would be less of a problem if the state was fiscally sound, but financial indicators say otherwise.

The charters need to be held accountable and scrutinized just as much as traditional district schools statewide.

Ariel Carmona Jr. is a former education reporter for the Rio Grande Sun. He has written, among other publications, for the Orange County Register, Community Impact News based out of Pflugerville Texas, the San Gabriel Valley Tribune in West Covina, Calif. and AOL Patch media. Follow him on Twitter @AOCarmona