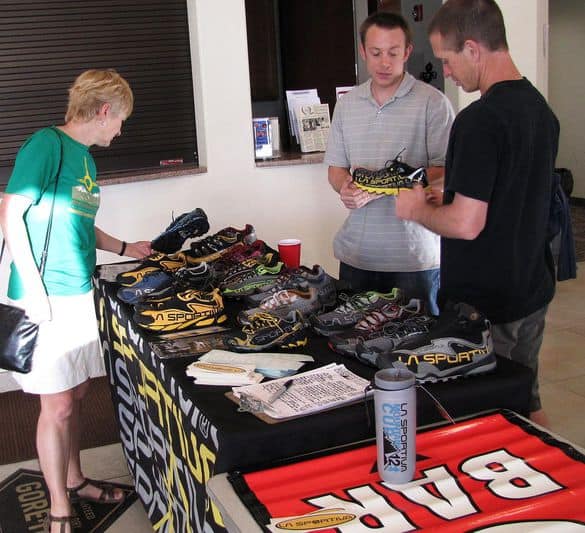 The Nick Salazar Center for the Arts, Northern New Mexico College presents “September Shoes,”a play by José Cruz González. The play is presented at 7 p.m. Fridays and Saturdays March 28-April 5. There is a preview performance at 7 p.m. Thursday, March 27.

Set in the small Arizona border town of Dolores, “September Shoes” tells the story of a community ripped apart by tragedy, where Gail and Alberto, a plastic surgeon and his wife have just returned after three decades away for the funeral of Gail’s aunt Lilly. The entire town is mourning the loss of Lilly, a local treasure and owner of the only Chinese restaurant in town.

Each character is searching to find meaning in death and tragedy, while also grappling with their own personal ghosts. Huilo, the caretaker at the cemetery is constructing a monument to the dead in the form of a giant red chair, while Cuki, the maid at the local motel is building a wall of shoes.

González asks, what is left of us when we die? He concludes that whatever else we might leave behind, we always leave our shoes. With beautiful poetic language and a wonderful blending of Chicano, Hispanic, Anglo and Chinese culture, “September Shoes” is ultimately a mystery in the form of a ghost story.

Cruz González has described the play as an attempt to find meaning in a culture of hybridity: “Here you have this indigenous Mexican guy who has been converted to Catholicism, probably as a way to survive. So he is standing on the mountain of Tepeyac and he suddenly sees the apparition of Our Lady, an indigenous woman – and later the Catholic Church determines her to be the Virgin Mary. Suddenly in this fusion of cultures throughout Latin America comes this need for the survival of a belief system, of trying to hold on to certain things.”