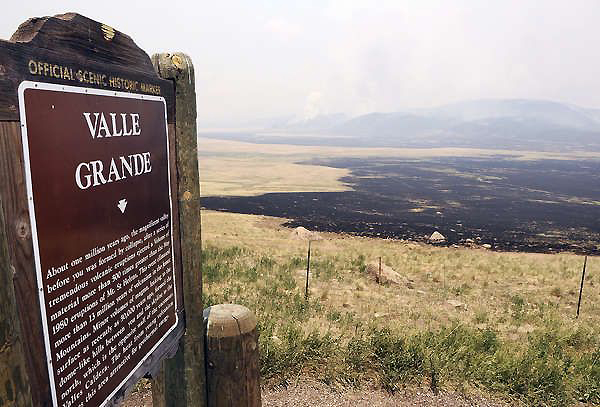 U.S. SENATE News:
WASHINGTON, D.C. – U.S. Senators Tom Udall and Martin Heinrich reintroduced legislation today to transfer the management of the Valles Caldera National Preserve to the National Park Service (NPS.).
Udall and retired Sen. Jeff Bingaman first introduced this legislation in 2010 in light of inconsistent funding, the need for infrastructure improvements and concerns that the Preserve would not achieve financial self-sustainability by 2015, as directed by the Valles Caldera Preservation Act of 2000.
“Millions of years in the making, the Valles Caldera is a natural wonder, rich in geology, ecology and culture,” Udall said. “With its vast grass-filled valleys, forested hillsides and numerous volcanic peaks, the caldera means a great deal to the surrounding communities and tribes. Incorporating this landscape into theNational Park Service will preserve its resources and allow for public enjoyment by future generations. Additionally, I want to applaud the years of work that the Board of Trustees and Preserve employees have invested in caring for this unmatched natural resource.”
“As someone who’s spent time hunting and fishing in the Valles Caldera, I know well how incredible this area is. Families in New Mexico take their children to the vast swath just west of Los Alamos, they create memories, and learn about the rich culture this land brings to our state. But admission to this oasis has been limited,” Heinrich said. “The Valles Caldera National Preserve Management Act would help protect the abundant natural resources of the Preserve while increasing recreational access for hiking, camping, hunting, and fishing for all New Mexicans. Making the Valles Caldera more accessible would improve the quality of life for all who visit, for all who benefit from the tourism dollars it brings, and for all who pass on New Mexico’s outdoor traditions to their children in such a spectacular setting. This bill also ensures that traditional uses of the resources in the Caldera continue and that nearby pueblos’ sacred sites remain protected.”

A study requested by Udall and Bingaman in 2009 determined that the Valles Caldera met the high criteria for inclusion in the NPS, noting its significant national value and unique, unaltered geology.

The bill directs the NPS to take over management in a way that protects the Preserve’s natural and cultural resources. Hunting, fishing and cattle grazing would continue to be permitted under the legislation. Additionally, the measure strengthens protections for tribal cultural and religious sites and ensures local tribes access to the area.
The first calls to bring the Valles Caldera into the NPS were in 1899. In four separate studies throughout the next century the Park Service found that the area was suitable for protective status under its management.
It wasn’t until 2000 that Bingaman, retired Sen. Pete Domenici and then-Rep. Udall were successful in passing legislation to acquire the property for $100 million.
The law established an experimental management framework where a Board of Trustees would manage the Preserve as a working ranch with public access, with the goal of becoming financially self-sustaining by 2015.
Menu
LOS ALAMOS