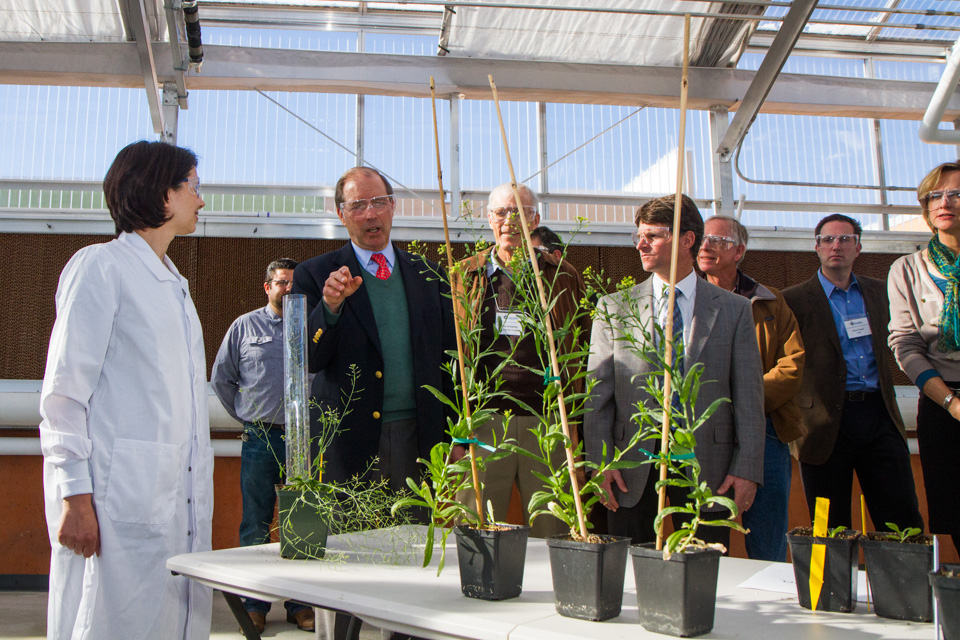 Sen. Tom Udall, center, questions scientist Natalia Friedland, left, about her research on plants to be used as biofuel. Photo by Salvador Zapien/ladailypost.com 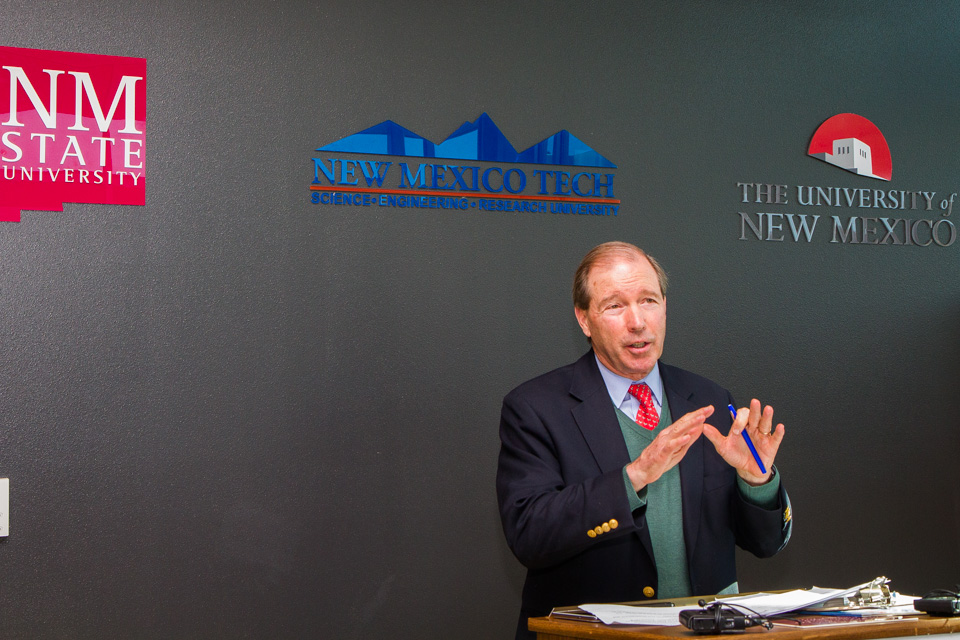 Sen. Tom Udall addresses guests at a reception during his visit to the New Mexico Consortium’s Biological Laboratory and Greenhouse Friday. Photo by Salvador Zapien/ladailypost.com

Sen. Tom Udall, D-N.M., visited the New Mexico Consortium’s Biological Research Laboratory and Greenhouse in Los Alamos Friday. The Senator toured the facility, talked with researchers and spoke to guests at a reception organized for the visit.

“LANL (Los Alamos National Laboratory) and the New Mexico Consortium are in a good position to make New Mexico a model for the Department of Energy on how to perform science in the public interest,” Udall said.

One of the most important things the Consortium has done is to put researches together in an environment where they can learn from each other, Udall said. At the Bio Lab, scientists work in an “open lab” with space for 60 researchers. They share common supplies and are able to exchange ideas as they work, Dr. Richard Sayre director of the Biofuels project at the New Mexico Consortium explained during a tour of the facility.

Udall has a major participant in legislation in pending legislation to increase technology transfer from research facilities.

“The remarkable success of the NMC over the past five years demonstrates LANL’s innovative spirit and commitment to the community,” he Udall.

Calling recent sequestration and budget cuts “the dumbest thing we ever did,” Udall said he is hopeful that the budget committee will have guidelines for 2014 and 2015 by the end of next week.

Udall was guided on a tour of the Bio Lab and Greenhouse by Sayre and spoke with researchers about their work. One room on the tour houses the largest array of photo-bioreactors in the world. “We can look at algae under varying conditions,” Sayre said. “Through directed evolution we can select for algae than can grow at higher temperatures, up to 55 degrees Celsius.” This means that the algae can be grown under plastic, with no evaporation which saves water, he explained.

Udall listed to a presentation by Nathan McDowell, a LANL plant physiologist, who is studying the effects of drought and global warming on forests in the Southwest. According to the study, many forests in the American Southwest will disappear or be heavily altered by 2050, McDowell said.

In remarks to the press after his visit, Udall said he is working hard to make sure the legislation to make the Valles Caldera a National Park gets through during this session of congress. “It will increase tourism and jobs in northern New Mexico. It’s a good thing overall,” Udall said. 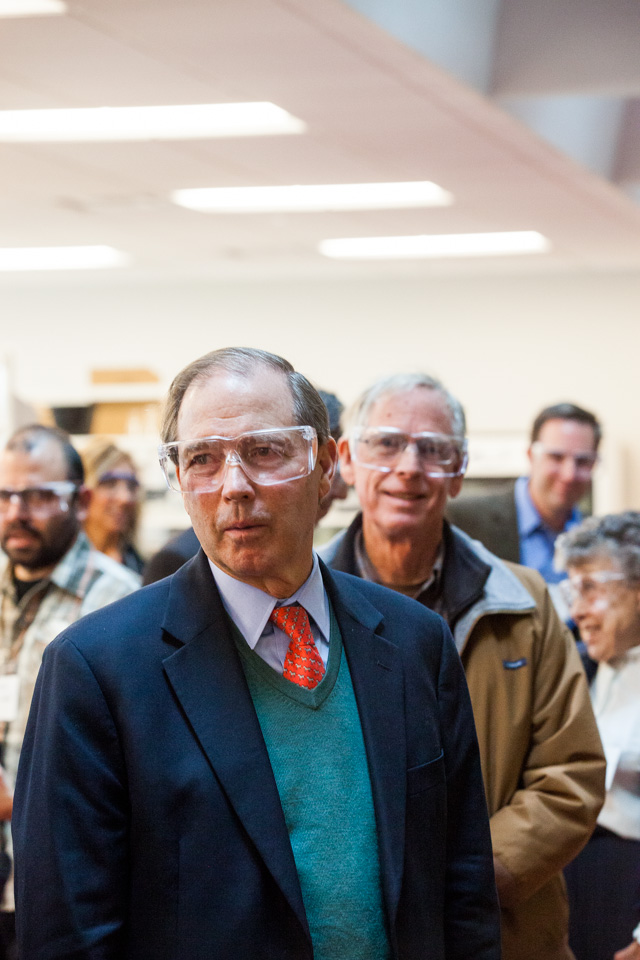 Sen. Tom Udall tours the Bio Lab and Greenhouse during his visit. Photo by Salvador Zapien/ladailypost.com 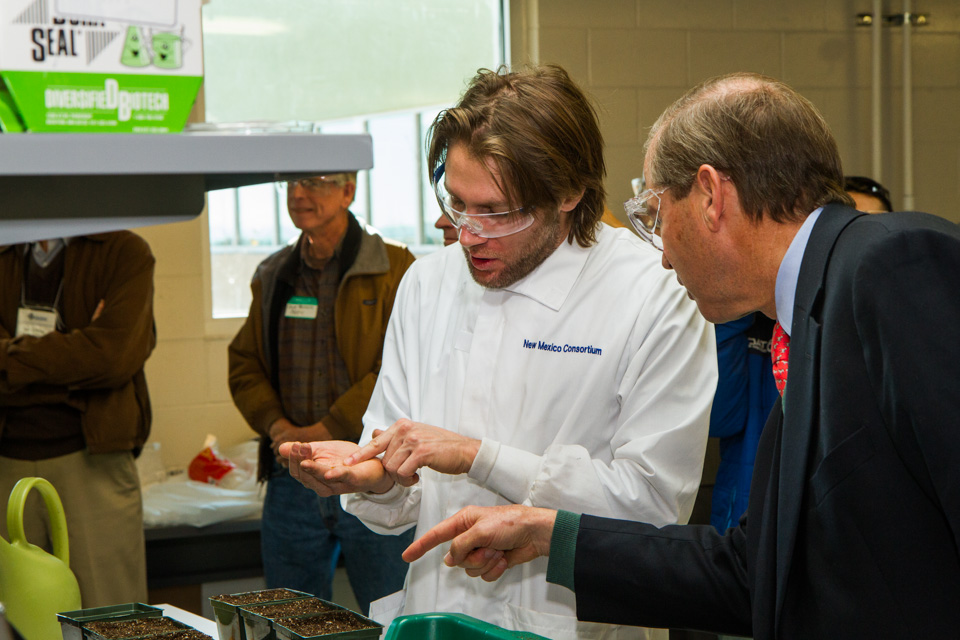 Evan Fishbein, an intern at the Bio Lab, shows Sen. Tom Udall the seeds he is planting. Fishbein is a student at UNM-Los Alamos. His internship is part of the Accelerate program at UNM-LA. Photo by Salvador Zapien/ladailypost.com 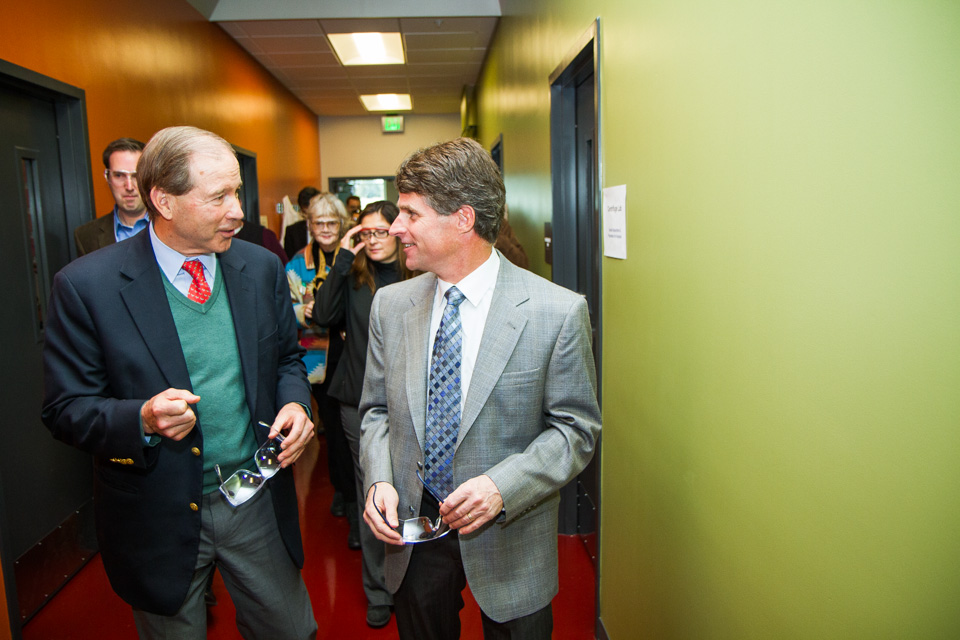 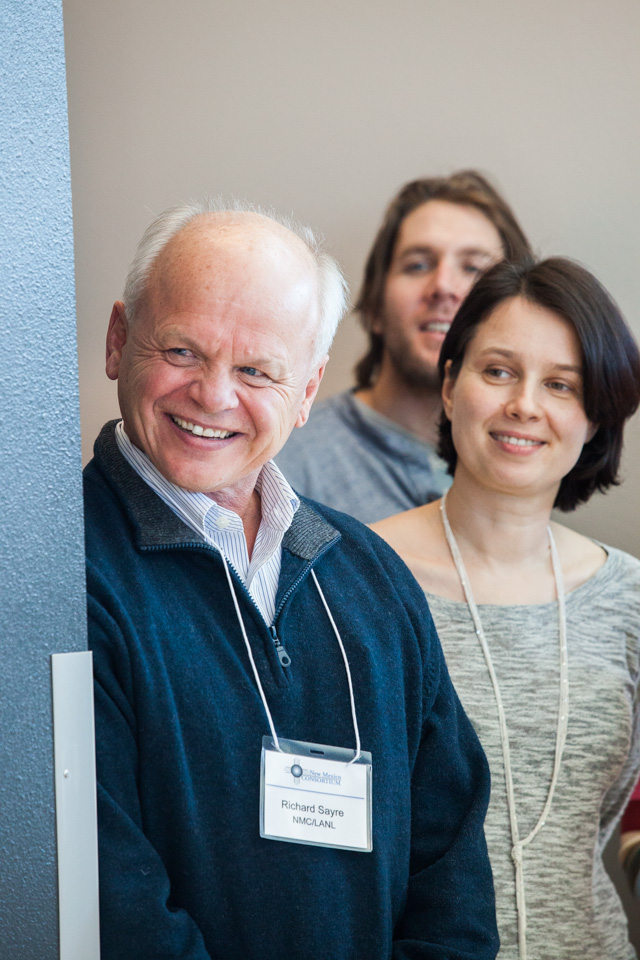 Dr. Richard Sayre director of the Biofuels project at the New Mexico Consortium listens to Sen. Tom Udall with other members of the NMC staff. Photo by Salvador Zapien/ladailypost.com 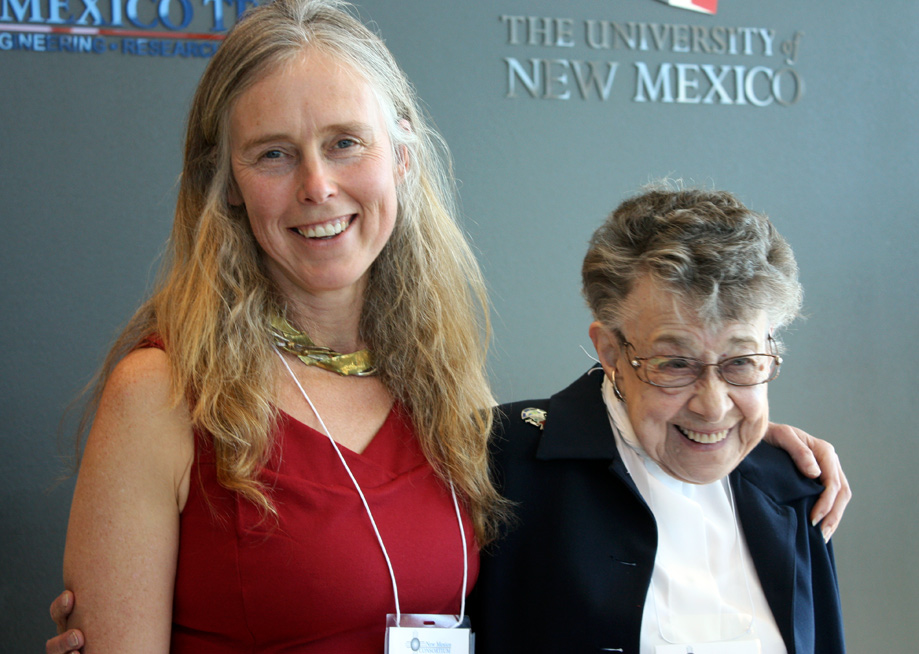