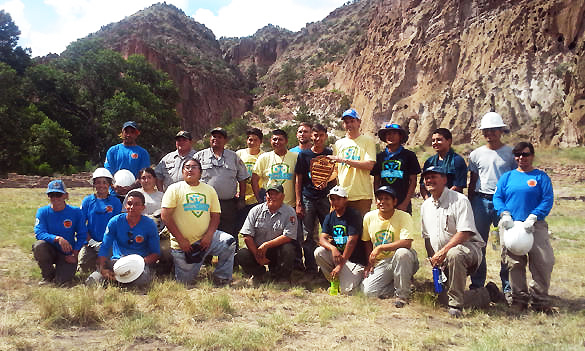 Sen. Martin Heinrich stands with members of the Rocky Mountain Youth Corps’ Hands-On Preservation Experience (HOPE) crew and Bandelier staff for a group photo as their day of work comes toward a close Wednesday at Bandelier. Photo by Chris Clark/ladailypost.com 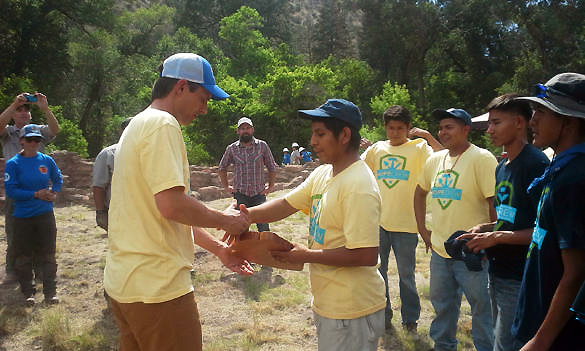 The HOPE crew presents Sen. Martin Heinrich with a plaque in appreciation for his participation on their project Wednesday at Bandelier. Photo by Chris Clark/ladailypost.com

The HOPE Crew program links preservation projects to the national youth corps movement. It brings the potential for thousands of crew members to work on hundreds of sites, learning preservation craft skills while rehabilitating historic places.

“I’m extremely proud of the restoration and conservation work Rocky Mountain Youth Corps is doing at Bandelier National Monument,” Heinrich said. “National service is a critical and cost effective approach to solving problems. Early in my career, I spent the better part of a year doing construction, education, and fieldwork for the U.S. Fish and Wildlife Service as an AmeriCorps volunteer. That experience taught me that there is no venture more rewarding than working to improve the lives of those around us.”

Heinrich is a staunch supporter of national service programs. He is the first AmeriCorps alum to serve in the United States Senate and a member of the National Service Congressional Caucus. 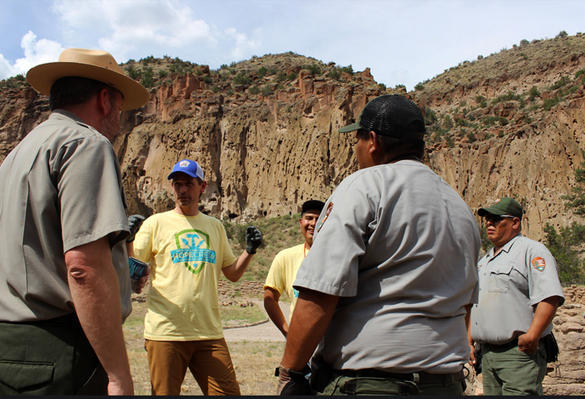 Sen. Martin Heinrich digging in to help the HOPE crew with preservational work on ruins at Bandelier. Photo by Chris Clark/ladailypost.com 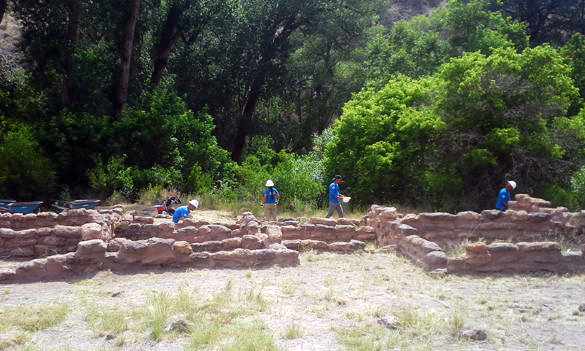 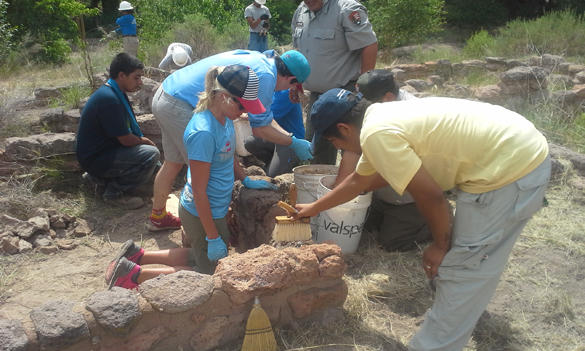 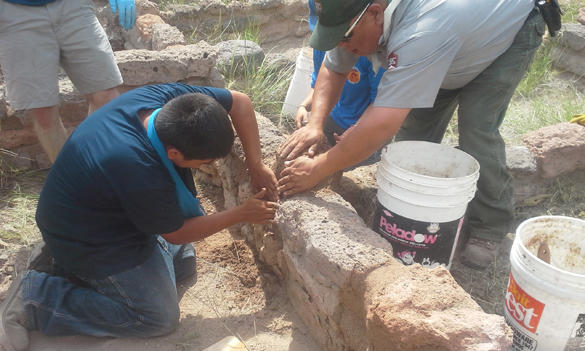 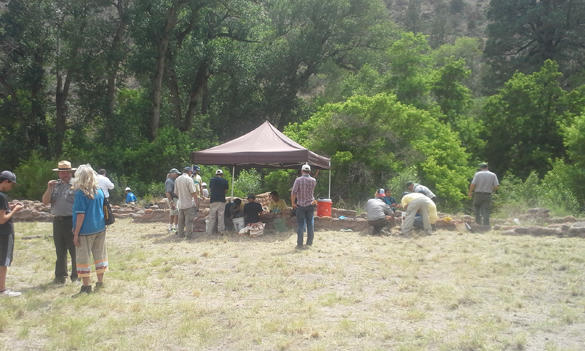 A tent was pitched over a section of the ruins in order for some of the work to be done in the shade. Photo by Chris Clark/ladailypost.com
Menu
LOS ALAMOS