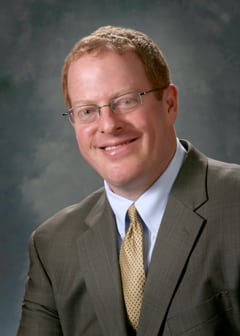 Operators of the planned facility seek to transport and store spent nuclear fuel from nuclear power plants and other high level nuclear waste from across the U.S.  The application for the facility was recently approved for consideration by the U.S. Nuclear Regulatory Commission, triggering a 60-day public comment period March 29 to May 30.  Steinborn said the potential hazards of shipping and storing the country’s high level nuclear waste in New Mexico mandates a very thorough review.

“Given the speed at which this nuclear storage proposal is now moving forward, it is critical the State perform a full, top-to-bottom review of our preparedness to handle it.  There are serious questions about the State’s ability to safely accommodate the shipping and storage of high level nuclear waste, and whether this interim storage facility is the wisest policy for New Mexico and the country.  We need answers,” Steinborn said.

Holtec International is seeking to store 500 canisters containing 5,000 metric tons of uranium at the proposed location, including spent uranium-based fuel from commercial nuclear reactors, and a small quantity of spent mixed-oxide fuel.  If authorization is provided for the initial 500 canisters, the company intends to request licensing amendments for an additional 500 canisters in each of 19 planned subsequent expansion phases.  Under that proposal, the amount of high-level radioactive waste stored would increase up to 100,000 metric tons of uranium.

In Steinborn’s letter to Governor Martinez and five state agencies, he asks numerous questions about the proposal, including the State’s infrastructure capacity to safely accommodate the transportation of heavy shipments of nuclear waste into New Mexico, emergency preparedness plans, impacts to nearby oil and gas activity and military base operations, and travel routes of the proposed shipments.

The letter urges the Governor and state agencies to act promptly to provide answers so that the New Mexico Legislative Radioactive and Hazardous Materials Committee, legislators, and residents may become educated on the proposal, and participate meaningfully in the public comment period that has already begun.

“There are significant public policy and public safety issues associated with the transport and storage of radioactive waste in Lea County. Key information about our state’s preparedness and exposure needs to be vigorously evaluated and discussed. The health, safety and financial well-being of people and businesses in New Mexico needs to be given the highest priority in evaluating Holtec’s proposal. Additionally, it is essential to transparently discuss these policy ramifications now to allow residents the opportunity to participate in the public comment period,” Steinborn added.

Sen. Steinborn’s other letters include:

Ltr to NRC – Re Holtec International

Ltr to Superintendent of Insurance – Re Holtec International