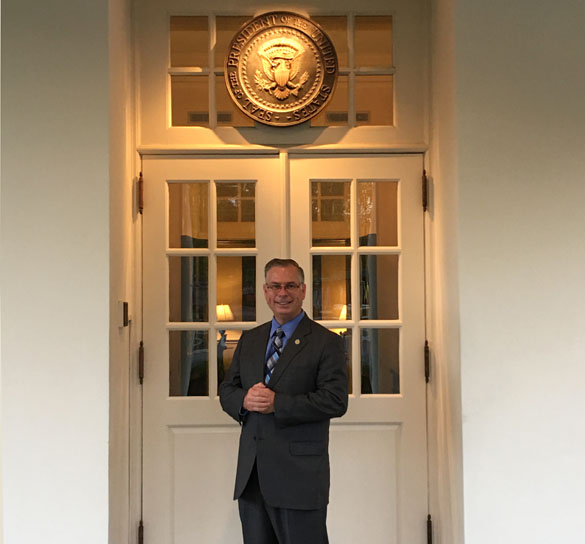 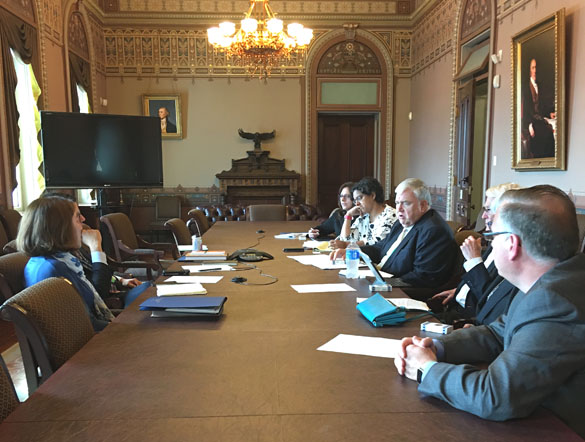 Ivey-Soto was one of six people invited to the policy discussion at the White House, and was the only person from the southwest region of the United States.

“This is an incredible opportunity for New Mexico to be a part of the national conversation surrounding public safety and how we move forward as a country to keep our police officers safe and repeat criminals off our streets,” Ivey-Soto said.

He met with members of the President’s Intergovernmental Affairs team, including Deputy Assistant to the President Jerry Abramson, Deputy Director Adrian Saenz (who was formerly NM Congressman Harry Teague’s Chief of Staff), Senior Associate Director Alissa Ko, and Associate Director Alex Jaquez. The meeting was called as a result of previous policy discussions between Ivey-Soto and Abraham.

The focus of the meeting was to discuss the future of police reform efforts and a long-term strategy to bridge the divide between many police forces and the communities they protect. Ivey-Soto, a former prosecutor, has been involved in criminal justice reform efforts in the New Mexico Legislature. He is endorsed for re-election by the Albuquerque Police Officers Association. Ivey-Soto said he believes any long-term strategy must be crafted with input from law enforcement organization as well as those advocating for civil liberties.

“Through leadership and collaboration we can create best practices and model legislation for adoption of laws in each state that reduce crime, increase confidence, and respect the work done by police. This is just the first step in making our streets safe, not just in New Mexico, but throughout the nation,” he said.