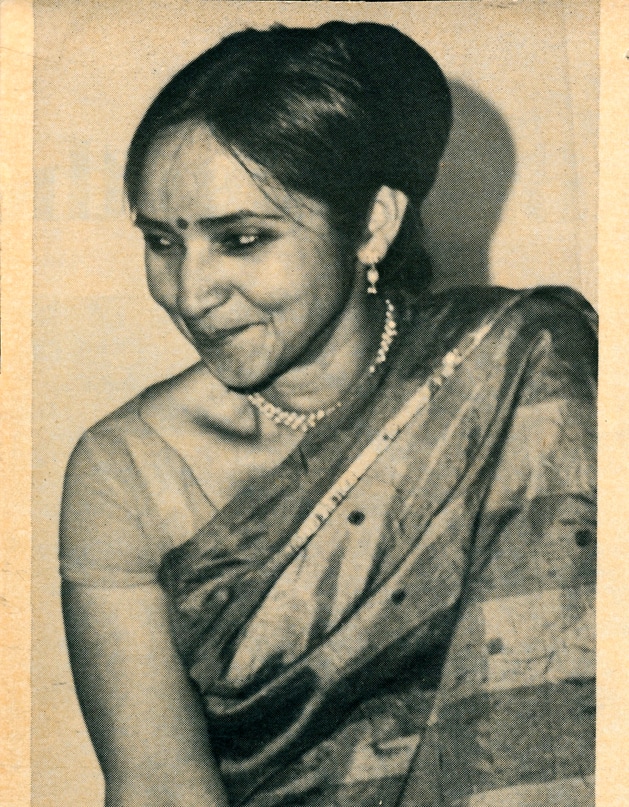 One of Self Help’s first and longest-standing directors M. Subhadra ‘Devi’ Raju in the 1960s via The Lutheran Magazine, October 1973 Issue. Courtesy/SHI

Self Help, Inc. has announced with great sadness the recent passing of M. Subhadra “Devi” Raju, Feb. 7,  2022 in her native India.

One of Self Help’s first and longest-standing directors, Raju led the local nonprofit from 1971 until the early 1990s. She was a passionate advocate for people in poverty, both in New Mexico and India.

Raju was born in 1927 to followers of Mahatma Gandhi, and grew up to be an activist herself, making regional news with her arrest in 1947 by British authorities for her work in service of Indian liberation. Her connections with other ambitious female political prisoners inspired in her a zeal for education, and she eventually obtained four advanced degrees in law, English and journalism – skills which she used in the service of Self Help and its clients.

She moved to Los Alamos with her husband, award-winning scientist Mudundi R. Raju, in 1971.

Raju saw parallels between the issues facing those in Northern New Mexico and those in India: “My work here reminds me of problems in India. … The people need inspirational strength to be able to help themselves. They are not only poor, they are oppressed.”

In Self Help’s early days, Raju kept prolifically busy, helping clients with everything from water rights mediation to foreclosure prevention, and her little green car became a familiar sight in villages throughout the region.

Raju was instrumental in cementing Self Help’s place in the Northern New Mexico social service landscape, overseeing the building of produce co-ops, childcare centers, and health clinics in the Española Valley using Self Help’s funds and adobe brickmaking machine.

Using her legal expertise, Raju wrote procedures which provided the basis to establish county funds for low-income medical care – one of her many lasting impacts. Her work was lauded at the time by proclamations from both the governor of New Mexico and the President of the United States.

In 1992 after two decades of service to Self Help, Raju and her husband returned to India, continuing their antipoverty work through the establishment of the Mahatma Gandhi Memorial Trust, dedicated to health and education development for people in poverty in their rural district of West Godavari in the state of Andhra Pradesh.

Raju remained active in social service throughout her life. As she put it, “I caught the spirit from my mother … she taught me that I should give my life willingly for the benefit of the community.”

Both Northern New Mexico and West Godavari were lucky to have Raju. Her spirit and brilliance changed many thousands of lives, and Self Help would not be what it is today without her leadership and passion. She will be immensely missed.

More information on Raju’s continued impact on Northern New Mexico via Self Help is available at selfhelpla.org, and more information on her work with the Mahatma Gandhi Memorial Trust can be found at sites.google.com/site/mgmmtrust.

Devi Raju meeting with a Self Help client in the 1970s. Courtesy/SHI 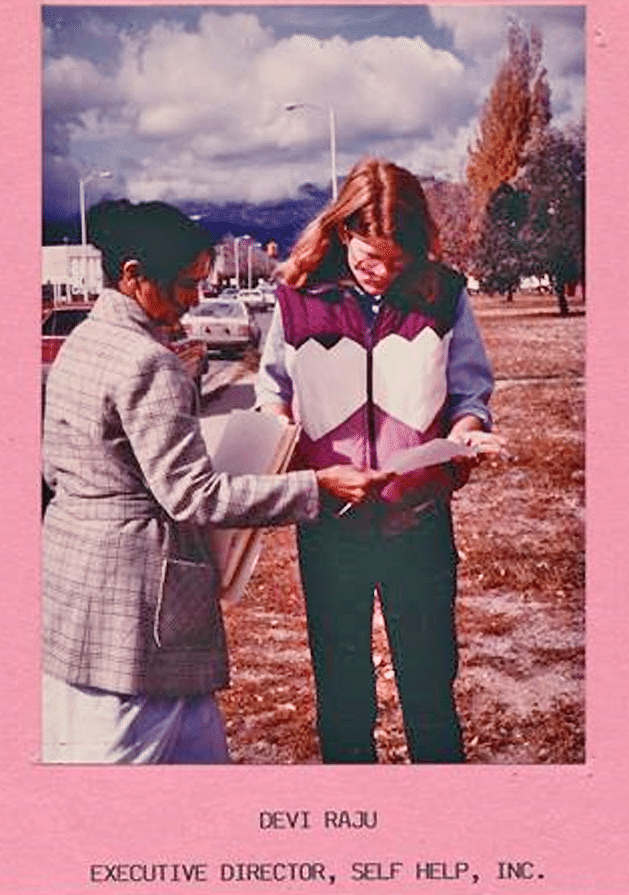