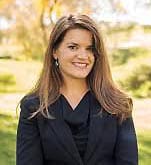 From the Office of the Secretary of State:

The two new rules were mandated by the passage of House Bill 407 during the 2019 New Mexico Legislative Session.

“These rules will give clarity and guidance to important policies that were passed during the last legislative session to increase voter access and provide more effective election administration,” Secretary Toulouse Oliver said. “I encourage every New Mexican to participate in this rulemaking process and to provide their comments and feedback so that we can make these rules work in the best way they possibly can.”

The purpose of the public hearings in Santa Fe, Albuquerque and Las Cruces is to allow members of the public an in-person opportunity to submit data, testimony, and arguments on the proposed rule changes.

The purpose of the two new draft rules is as follows:

The three public hearings Secretary Toulouse Oliver will hold throughout the state on the proposed rules will be held at the following times and places:

The public may also submit official comments on the draft rules by sending them to Dylan Lange, Deputy Elections Director for the Secretary of State’s Office, in following manner:

The deadline to submit written comments by mail, email or fax is 5 p.m. Sunday, July 28, 2019. Written comments may also be submitted in person at any of the three public hearings. All written public comment will be posted on the Secretary of State’s website throughout the written comment period.