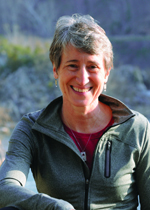 Secretary Sally Jewell
INTERIOR DEPARTMENT News:
WASHINGTON, D.C. ― Secretary Sally Jewell announced Friday, that the Interior Department will launch a comprehensive review to identify and evaluate potential reforms to the federal coal program in order to ensure that it is properly structured to provide a fair return to taxpayers and reflect its impacts on the environment, while continuing to help meet our energy needs.
This is another step along the path that President Obama announced in Tuesday’s State of the Union address to improve the way we manage our fossil fuel resources and move the country towards a clean energy economy.
The programmatic review will examine concerns about the federal coal program that have been raised by the Government Accountability Office, the Interior Department’s Inspector General, Members of Congress and the public.
The review, in the form of a Programmatic Environmental Impact Statement (PEIS), will take a careful look at issues such as how, when, and where to lease; how to account for the environmental and public health impacts of federal coal production; and how to ensure American taxpayers are earning a fair return for the use of their public resources.
“Even as our nation transitions to cleaner energy sources, building on smart policies and progress already underway, we know that coal will continue to be an important domestic energy source in the years ahead,” Jewell said. “We haven’t undertaken a comprehensive review of the program in more than 30 years, and we have an obligation to current and future generations to ensure the federal coal program delivers a fair return to American taxpayers and takes into account its impacts on climate change.”
Consistent with the practice during two programmatic reviews of the federal coal program that occurred during the 1970s and 1980s, the Interior Department will also institute a pause on issuing new coal leases while the review is underway. The pause does not apply to existing coal production activities. There will be limited, commonsense exceptions to the pause, including for metallurgical coal (typically used in steel production), small lease modifications and emergency leasing, including where there is a demonstrated safety need or insufficient reserves.
In addition, pending leases that have already completed an environmental analysis under the National Environmental Policy Act and received a final Record of Decision or Decision Order by a federal agency under the existing regulations will be allowed to complete the final procedural steps to secure a lease or lease modification.
During and after the pause, companies can continue to mine the large amount of coal reserves already under lease, estimated to be enough to sustain current levels of production from federal land for approximately 20 years.
“Given serious concerns raised about the federal coal program, we’re taking the prudent step to hit pause on approving significant new leases so that decisions about those leases can benefit from the recommendations that come out of the review,” Jewell said. “During this time, companies can continue production activities on the large reserves of recoverable coal they have under lease, and we’ll make accommodations in the event of emergency circumstances to ensure this pause will have no material impact on the nation’s ability to meet its power generation needs. We are undertaking this effort with full consideration of the importance of maintaining reliable and affordable energy for American families and businesses, as well other federal programs and policies.”
Fridays action builds on Secretary Jewell’s call last March for an open and honest conversation about modernizing the federal coal program, which led to a series of public listening sessions across the country in 2015.
The listening sessions and public comment period solicited a broad range of responses to complex questions, including: Are taxpayers and local communities getting a fair return from these resources? How can we make coal leasing more transparent and more competitive? How do we manage the program in a way that is consistent with our climate change objectives?
Jewell also announced that the Interior Department will undertake a series of good government reforms to improve transparency and administration of the federal coal program. These reforms include establishing a publicly available database to account for the carbon emitted from fossil fuels developed on public lands, requiring Bureau of Land Management offices to publicly post online pending requests to lease coal or reduce royalties, and facilitating the capture of waste mine methane.
These actions build on existing efforts to modernize the federal coal program, including the Office of Natural Resources Revenue’s work to finalize a proposed rule to ensure that the valuation process for federal and American Indian coal resources better reflects the changing energy industry while protecting taxpayers and American Indian assets.
The programmatic review will include extensive opportunities for public participation. The PEIS will kick off with public sessions in early 2016 to help determine the precise scope of the review. The Interior Department will release an interim report by the end of 2016 with conclusions from the scoping process about alternatives that will be evaluated and, as appropriate, any initial analytical results. The full review is expected to take approximately three years.
Additional information on Fridays announcements can be found here. The Secretarial Order can be found here. Additional information on the federal coal program can be found here.
Menu
Los Alamos
37°
Fair
7:04am4:51pm MST
Feels like: 28°F
Wind: 15mph NW
Humidity: 53%
Pressure: 29.93"Hg
UV index: 0
FriSatSun
39/14°F
36/23°F
46/27°F
Weather forecast Los Alamos, New Mexico ▸