Season Slipping Away From ‘Topper Hoops’ 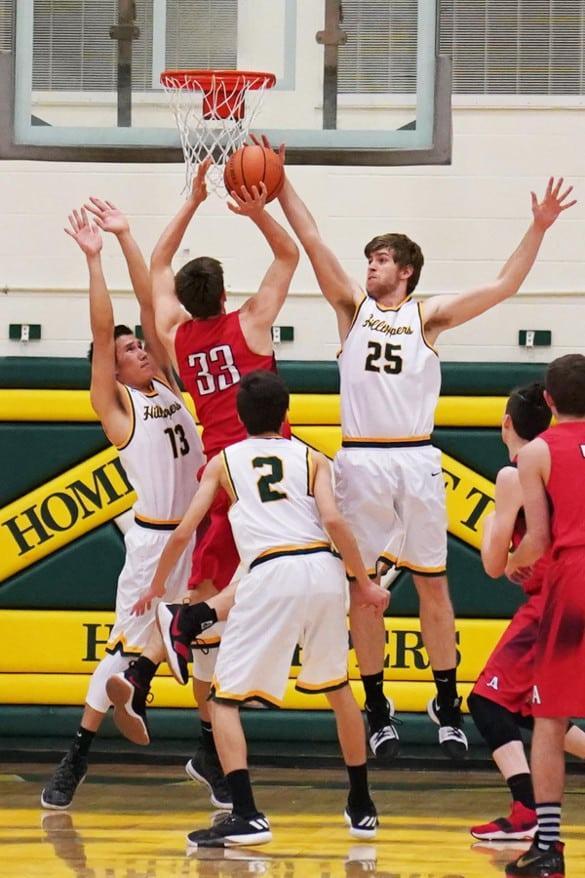 Ivan Balakirev blocks the ball away from the Charger shooter early in the first period. Photo by John McHale/ladailypost.com 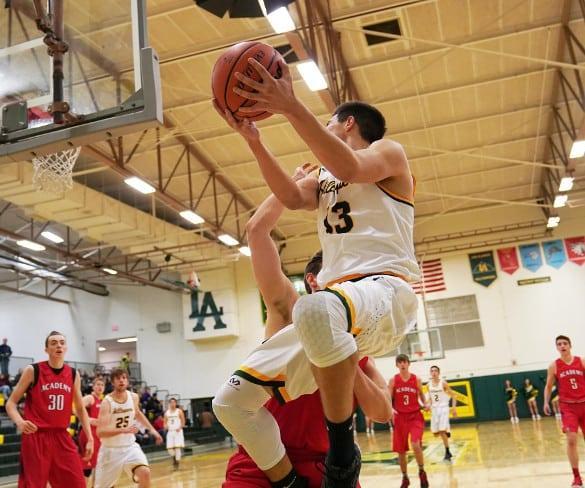 Michael Naranjo goes high for a shot in the first period. Photo by John McHale/ladailypost.com
By RJ Montaño
Los Alamos Daily Post
rjmontano@ladailypost.com
“I don’t know what’s going on with some of them,” a bewildered Mike Kluk answered about his team’s lackluster performance on Saturday night. “A lack of energy the second half. Just didn’t seem to have the heart to grind it out, they don’t have the energy level they’ve had since the Artesia game.”
The Los Alamos Hilltopper Boy’s basketball team lost their second district contest, and fourth straight game after the Albuquerque Academy walked out of Griffith
Gymnasium with a 71-60 win.
The ‘Toppers kept it close early, trailing by three points at the halftime break.
Academy started the third quarter by hitting a pair of three-point baskets behind Charger Hardy Stone. Stone finished the night with 32 points, 18 of those coming off easy uncontested and cherry picked baskets.
“We tried to play more man-to- man (defense) so we can try to get out and not let teams hit so many threes against our zone, and they still hit a bunch of threes on us,” Kluk said after the game.
The lowly Chargers were 4-11 going into the game, and the scouting report showed big man Chris Harvey as the player to watch for Academy. Harvey picked up eight points but sat out most of the night in foul trouble before fouling out of the game with less than five minutes of playing time.
“(Stone) had 32 points, he hasn’t had 32 points ever,” a baffled Kluk laughed off. “Where did he come from?”
The loss comes a night after dropping a home contest to Goddard High School out of Roswell.
For the Rockets, forward Dalin Stanford scored 30 points, but none were bigger than a putback with 0.4 seconds left in the game to secure the 78-76 come from behind win.
The ‘Toppers had no answer for Stanford, who scored 20 of his 30 points in the second half. A bright spot for Los Alamos was senior guard Antonio Trujillo, who scored 25 points both nights to lead the ‘Toppers. “(Trujillo) is working his butt off. He’s working hard out there to make things happen,” Kluk said.
The pair of losses put the ‘Toppers post-season hopes in jeopardy. With Española Valley expected to earn the top seed in the NMAA playoffs, and Capital seeming like a to- four seed, Los Alamos is banking on an at-large berth. Losses to Lovington, Goddard, Del Norte, and Academy leave a sour note on the resume at a time when teams need to be peaking. Going into the week, Los Alamos was sitting at a 10-12 seed in some projections.
“At this point it doesn’t seem like it’s going to be that easy,” Kluk said about getting three or four teams from district 2-5A into the post season. “I know other districts aren’t as strong, so we might get a third or fourth team in.”
The ‘Toppers have a week to prepare for the state’s best 5A team in district rival Española Valley. The teams will meet Friday night in Española with a 7 p.m. tip. 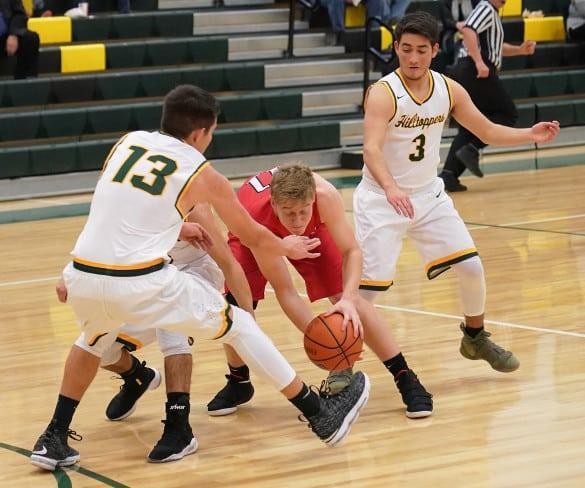 The Topper defenders Michael Naranjo and Ramon Roybal gang up on a Charger player trying to get to the Charger goal. Photo by John McHale/ladailypost.com 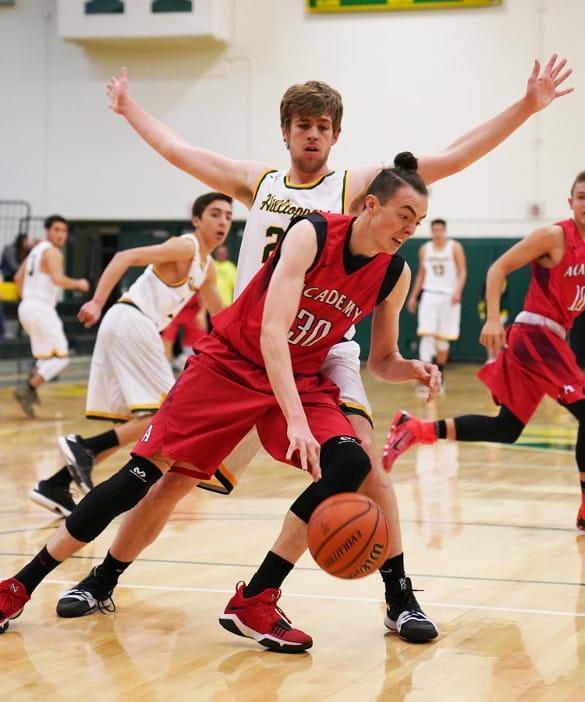 Ivan Balakierv is a wall in the first period. Photo by John McHale/ladailypost.com 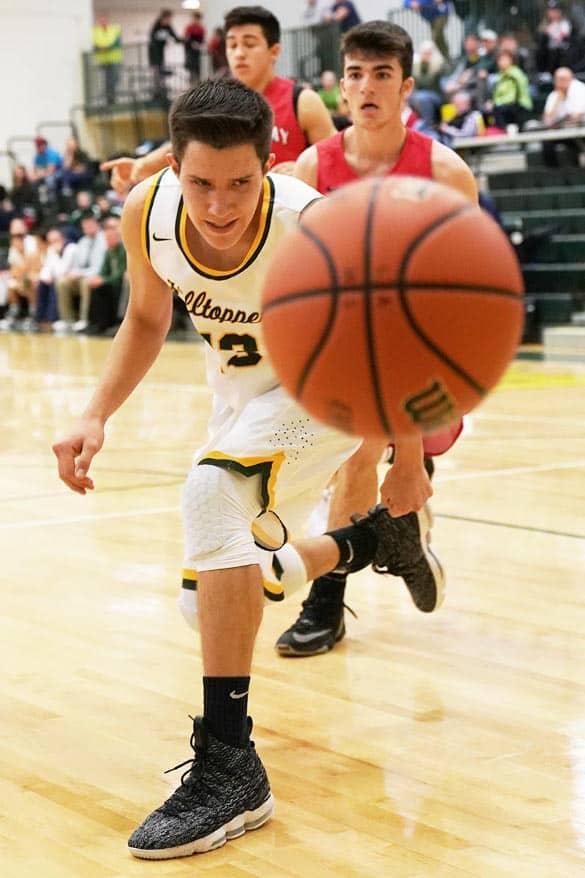